Hi, I am developing a new type of winged tilt rotor vtol, similar in functionality to the Convergence RC model. It is a flying car with 4 large wheels, that uses the body as a wing, So there are no wings to unfold and the vehicle flies just as it is. The vehicle is capable of horizontal and vertical flight. In addition it is amphibious. The vehicle weighs a 150 pounds it is 15’ long 8’ wide and 4.5’ high. It uses 2 counter rotating tilting motors in the front, and 2 coaxial coaxial counter rotating motors in the back behind the cockpit, that blow the thrust through a hole in the body. Thrust tests show that the prop motors generate 64 pounds of thrust each.

Has anyone seen this effect before? Do you think it is a pressure build up problem?

I have never used a coaxial setup before and do not trust it yet. I have a 1/6 scale model of the vehicle that flies very well, but it uses just one back motor placed above the hole in the back, and it is tilted a little sideways to counter the motor torque. Tests with the small model show that the back end lifts even if the hole is extended via a tube all the way to the ground. Extending the tube above the motor (simulating the lower motor in the coaxial setup), shows the thrust is reduced. My guess now is that the pressure problem is due to the bottom motor and not the top motor. So another solution could be to place both motors above the hole.

Here are some pictures of the full scale unmanned vehicle: 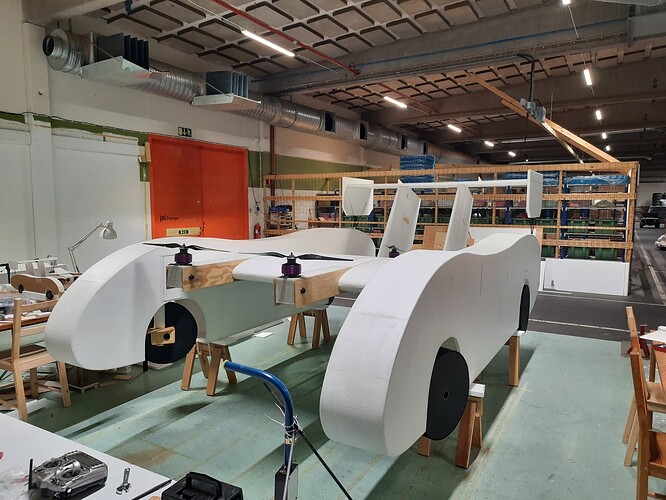 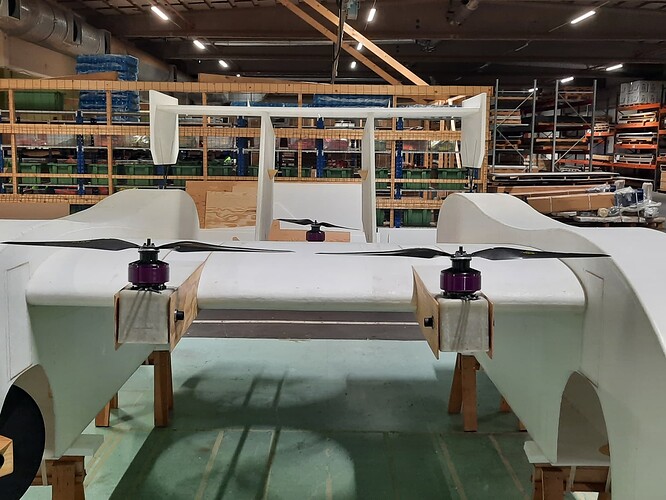 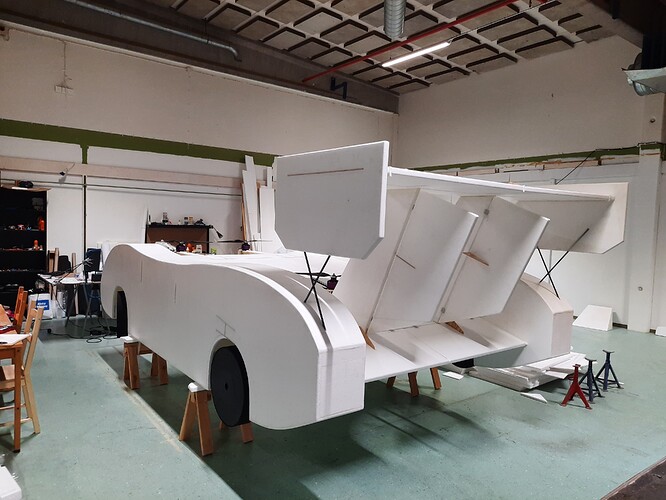 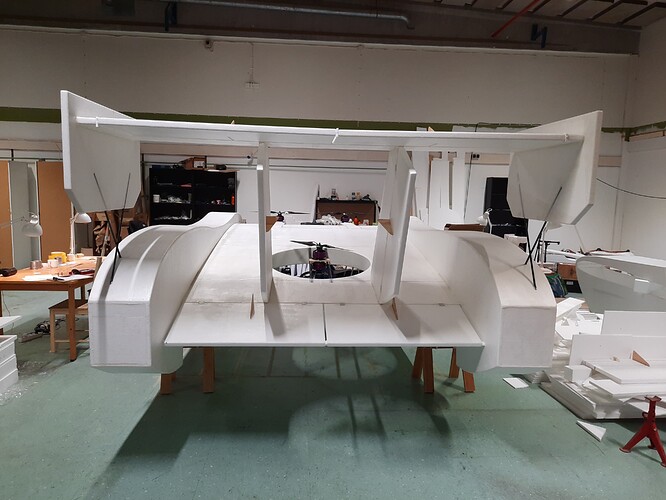 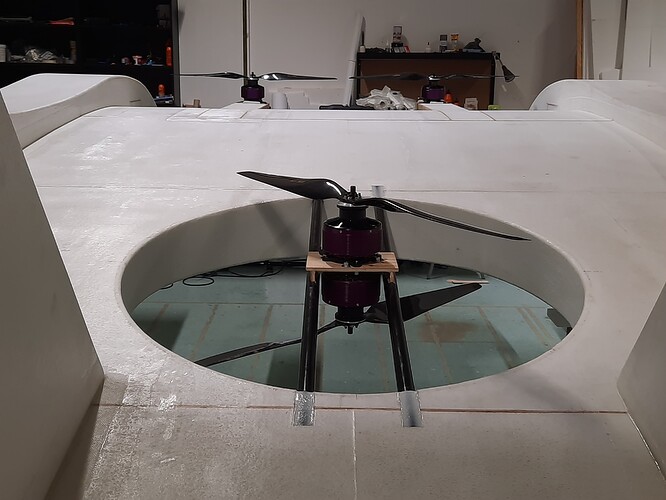 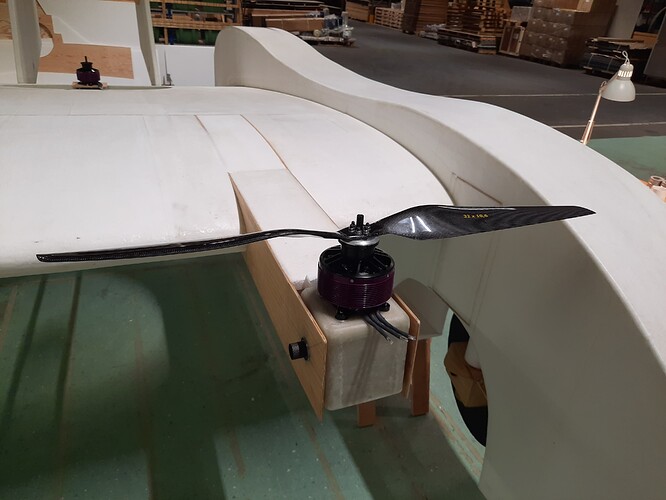 Here is a link to see the full scale vehicle test flight in Realflight 7.5:
https://drive.google.com/file/d/1AAvC3BLvut7xjlhY81S9EqD8OW0Qw-kS/view?usp=drivesdk

This is awesome! Wish you the best of luck…

We finally found the problem. The thrust from the motors developed a vacuum under the vehicles side panels, which prevented the vehicle from taking off vertically. We verified this by blocking the thrust using foam sheeting taped to the inside of the side panels. The vehicle now lifts without any problem and hovers at about 60% throttle. The 1st test flight had only 2 of the 4 batteries in the front of the side panels to make it easier on the motors and the vehicle. It hovered very well and was very stable:

The 2nd flight had all 4 batteries in the front of the side panels. It hovered well, but it is not as stable. The 1/6 scale model had the same problem, and increasing the Roll P to its max value of 0…8 fixed the problem. But since the full scale vehicle needs a lot more heavy batteries 60 lbs, then it sees to need even more Roll P. But we are at the max P value available in Mission Planner so we need to find a solution. Either we can get more P value, or perhaps there is a way to increase the motor differential control range. If this is not possible, then perhaps we can get more P range from the ESCs. Does anyone have any suggestions?