I am currently building an 18" hexacopter for aerial photography. I have ordered a holybro pixhawk 4 thinking it would be the newest and savest affordable platform for ardupilot. But mow I have a few questions:

FYI, the Pixhawk4 can only run ChibiOS builds on ArduPilot - it is not supported by the NuttX firmware builds. The firmware for it is the generic fmuv5 build. On PX4 the Pixhawk4 runs NuttX

And an important note on that: ChibiOS is still a work in progress. It is not complete or a production stable release. Lots of things still need to be done and lots more testing is required. It is to be considered experimental still, and should in no way be considered any more safe than any other experimental firmware is. Putting it on high value vehicles, or for paying customers that expect production stable and safe firmware is not wise and at your own risk. You are a test pilot flying ChibiOS at this time.

So, can I use the pixhawk 4 on an expensive copter? Would it be safe using px4 instead of ardupilot? Or would it even be safer to use my old auav-x2 (that is on another copter tho…)?

Following questions are only important if I can use the pixhawk 4
2) Would it be good to use an external vibration dampening system with rubber dampeners like I use for my auav-x2?

Thank you very much,
Christian

So, can I use the pixhawk 4 on an expensive copter?

You CAN, it’s not like there is a cash based lockout. As long as you don’t mind flying under the conditions I wrote about in the post you quoted.

Personally, I wouldn’t put PX4 on anything I fly. Especially not as a compromise on a very new autopilot on a very expensive copter. But that’s my preference. Probably shared by many here anyway.

Thank you for your reply.
Is there any particular reason you wouldn’t put a px4 on a bigger copter? From what I heared, px4 has not all features that ardupilot has, but as long as it would be save (=well tested) I’d be fine with it until there is a stable version for ardupilot.

Is it possible to make any estimates on how long it will take until a stable version for pixhawk 4 is available? Will it be more like 6 weeks or 6 months?

Actually, ChibiOS is just missing a couple calls yet with some minor features on some boards, and fmuv5 is not one of those:

I’ve been flying it in helicopters for months.

ChibiOS has been around for almost 15 years. It is older than NuttX and is currently at release version 18.2.1. ChibiOS is as stable as they come - it’s just finishing implementing all the features for all the boards ArduPilot supports. Copter 3.6 will be the last major release that supports NuttX builds for ArduPilot. 3.6 is the transition release to using ChibiOS.

You’ll find your Pixhawk 4 will run perfectly fine with it. ArduPilot will only run on fmuv5 with ChibiOS. NuttX is not supported at all on the fmuv5. Simply install the daily build of QGroundControl, in the Firmware list select Advanced and the beta Copter release (currently 3.6rc8). There is two different V5 builds - one for the CUAVv5, and another for fmuv5 - the Pixhawk4 is the fmuv5 build.

Now I am a bit confused.
Wouldn’t I need missionplanner for ardupilot instead of qgroundcontrol (which would be for px4)?

No. Mission Planner is just one ground station application and it only runs on Windows. QGroundControl is cross-platform, runs on anything, fully supports the ArduPilot stack. I’ve never actually used Mission Planner except to occasionally test it for compatibility. I know the daily build of QGC works without jumping thru hoops and loads the proper firmware because I just flashed a V5 a couple days ago with it.

It is possible the MP beta now supports it? I don’t know because I don’t use it. MP is only updated every now and then. QGC is updated every day with the daily build and always the supports the latest stuff.

Good evening,
Thank you for your answer Chris! I have never worked with QGroundControl - I’ll have to read into that.

So far I am still looking for answers for the following questions. If anyone has an idea, I’d be very happy to hear those

-To power the board redundantly, can I connect two 5v bec to the two power inputs or will that cause problems? Would it be better to put in a diode in power 2 to lower that voltage by a bit?

-is there a necessity to put a bit of foam over the baro on the pixhawk 4 like I had to do in the older ardupilots?

-To power the board redundantly, can I connect two 5v bec to the two power inputs or will that cause problems? Would it be better to put in a diode in power 2 to lower that voltage by a bit?

Yes, you can do that. I do it that way on all the V5’s I got installed. It’s best to have Power2 slightly lower voltage so it uses Power1 by default.

-is there a necessity to put a bit of foam over the baro on the pixhawk 4 like I had to do in the older ardupilots?

I don’t know about the construction in the Pixhawk4 as I haven’t had mine apart. I don’t think this should be necessary though. I haven’t heard of anybody doing that since the APM’s.

ArduPilot pushes Mission Planner but that’s going have to change because MP is stuck on Windows. Windows is no longer the big dog in personal computing. Android is.

I don’t know about the construction in the Pixhawk4 as I haven’t had mine apart. I don’t think this should be necessary though. I haven’t heard of anybody doing that since the APM’s.

Well, I still did with the AUAV-X2

I have decided to use the Pixhawk 4 + Arducopter. It seems to be reasonably save. But I’m going to keep a big distance to people/buildings etc. until the copter is well tested and a stable firmware is available.

I’m currently having some decision-problems with whether or not I should use the PM07 power distribution board. Thing is, I have not much space on my copter to mount it (plus it’s heavy). Only place where I could possibly mount it would be right below the pixhawk 4 - that would probably be a bad idea, right?

Anyway, that’s how the copter is going to look: 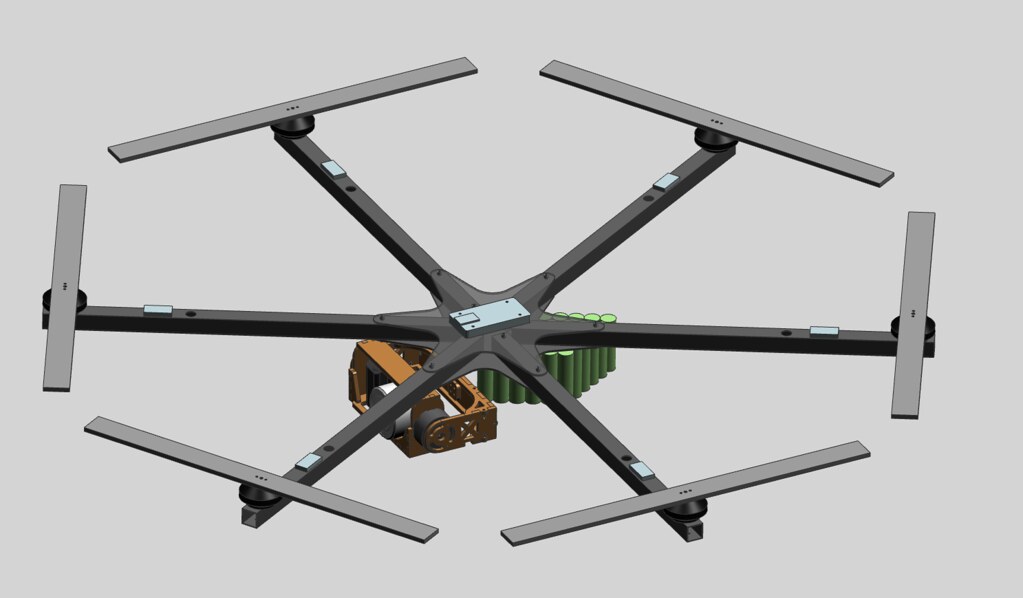 @Tuner25 and others using pixhawk 4 for a while, can you tell some stories and review about the product?

I wouldn’t recommend it. My copter (and multiple others) crashed due to a bug in the hard and/or software (They claim it is resolved now but I wouldn’t be to sure).

The board has also other disadvantages, especially the lack of a ‘normal’ servo rail output for the ESCs and the (in my opinion) really bad power distribution board (heavy, large, etc).

If you want the newest platform (fmuV5) for a small/cheap/experimental quadcopter, go for it. Otherwise - better buy something different that actually works as it should.

Thank you, anyone tested it after the issue resolved?

I guess so.
You can read the thread about the crashes here:

Cumulation of crashes due to seemingly weird input (Pixhawk 4) Copter 3.6

Back in August, using AC 3.6.0 RC7 on HolyBro’s Pixhawk 4 I had a weird crash on the country side in northern Germany. After some successfull flights, during another flight I suddenly lost control over the copter. It started doing weird things and finally drifted into a tree. Looking into the log, I saw weird signal changes on all channels, also the flight mode was rapidly changing: [image] https://farm2.staticflickr.com/1876/42445673810_e880d24515_b.jpg First, I thought a nearby (1,5 km) rad…

I see it similar to Christian (Tuner25). The “fix” might be able to detect invalid values in the S-Bus data stream based on the parity bits but it does not address the root cause of three GPIO lines linked together where proper functionality also may depend on initialization and other factors.
So what happens, when these wrong values are detected continously for let’s say 10 seconds. It means there are no further control commands for 10 seconds where the copter will keep the last RC input state. Time enough to hit a tree…
For me it is also still not clear if it is a Pixhawk 4 specific issue or a more general design issue with FMUv5.
Holybro does not provide any information except the claim, that PX4 with which the FC initially is shipped, should work. That doesn’t help to regain trust in PH4 + ArduCopter and the smaller user base using PX4 on that FC may simply not have that number of flights and variety of hardware combinations to proof that claim credibly.

Hey people! I’m having a somewhat similar predicament. I was flying all this time on APM (ikr) and decided to go for an upgrade. DJI F550 Hexa with sunnysky 3506 400kv motors and 40a escs running on 10,000 mah 6s. My priorities are:1st- must look good (taking a page outta steve job’s book) 2nd- Stability, 3rd- flight time, and 4th- safety. It is more of an experimental rig (but it must be reliable as I plan to do many guided missions w/o a radio link or fpv link)

The pixhawk 4 seemed to be the best option. Oh and I will be using frsky sbus so should I still be concerned about that issue?

I really want to stick with ardupilot, not move to PX4.

I also wonder weather the PM07 module will be necessary as I already have a built in PDB and power module.