Did you get nice footage with your EX4, stored on an SD , and now you wish to transfer them on your PC to organize them and do some editing to realize a good video? It’s a good idea but how can you do it?

If you have an SD memory aboard the simplest way is to get out it from the drone, put it with its adapter into the PC, download, and/or delete the contents. Then you have to put the SD again into the drone. But after a while, you will realize that this operation is quite boring and presents some risk because after many repetitions you could spoil the SD connector pins.

If you want to use the app, either C-Fly or Enjoy-Fly, using the lowest button on the right (Album), you will open a page with 3 more buttons on the topmost row. Touching the rightmost button (Camera) you could see the list of pictures and movies taken by the drone; for each item you have (on the right) a button to download it on the app memory and a second one to delete the item itself. The item is downloaded into the app space of the smartphone or tablet and to find it you have to use an app like File Manager, then reach the C-Fly or Enjoy-Fly folder where you find two subfolders called Photos and Videos; there is stored your footage. Now you have to use a USB cable or Bluetooth or other methods (Whatsapp, Mail) to move the footage to the PC.

I do not like such a way; I would like to transfer the footage to the PC simply using the WiFi connection but to do this you must know the IP address of the drone.

I used a free tool: Advanced Port Scanner which shows what you can see below. 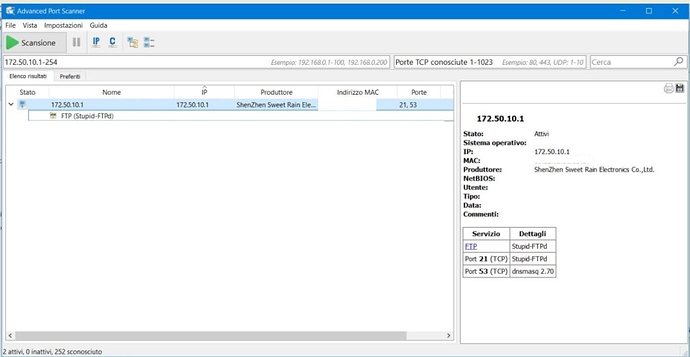 Nevertheless, trying to access via HTTP and HTTPS by Browser did not work; instead, writing ftp://172.50.10.1 into the browser address bar caused the following dialog to appear: 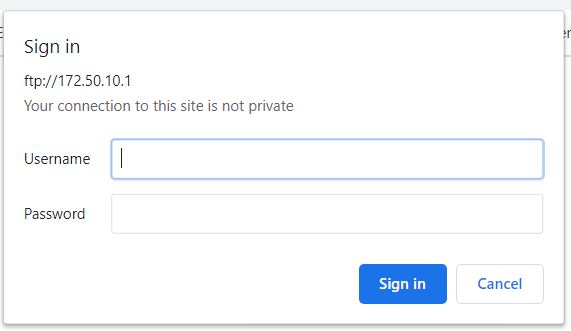 Now the problem becomes how to find Username and Password to access; I have to say that the used, common words like admin/root/12345678/anonymous, etc do not work at all.

Then I tried to “sniff” the data that the app exchange with the drone during various phases of the connection and/or the operations (done without to fly, of course).

After some attempt done with famous software like Wireshark installed on the PC I collected a lot of data in which was hard to find what I was looking for because was difficult to insulate the communications App/Drone.

Then I thought that the best way could be to use an app similar to Wireshark, installed into the same device where was installed C-Fly (in my case it was a smartphone); so I installed Packet Capture on my Smarty. The feature more helpful of this app is the capability to address its attention on the WiFi traffic of a singular app and I chose the traffic of C-Fly. Way to go!

Be careful! All the devices involved in this activity (PC, Smartphone, Tablet) have to be connected to the drone’s WiFi network. For the Smarty, I suggest to put it into Airplane mode and to search the Drone’s network (you can keep the RC off).

I did a lot of operations with C-Fly as Start the app, Connect to Drone, Take some pictures, Download and Delete them. After that, I copied the collected data from the app to the PC and I examined them (with Textpad). Eureka! I saw that in one of the packets there was Username and Password used by C-Fly to gain access to the Drone. 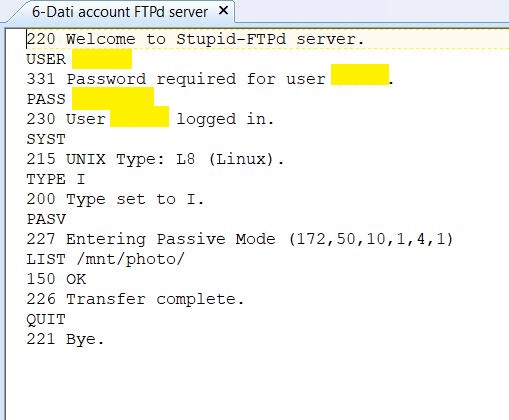 I darkened my data but likely they could be automatically provided starting from the Drone code (Drone-9xxxx) or they could be the same for all the EX4 production. Anyway, you can simply repeat the steps above described and you will find what you need.

Now what you have to do is simply enter the data into the Fig.1 dialog and the browser will show you the Home directory: 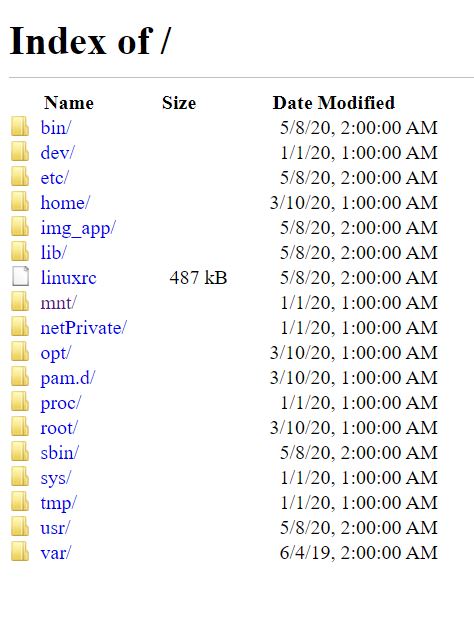 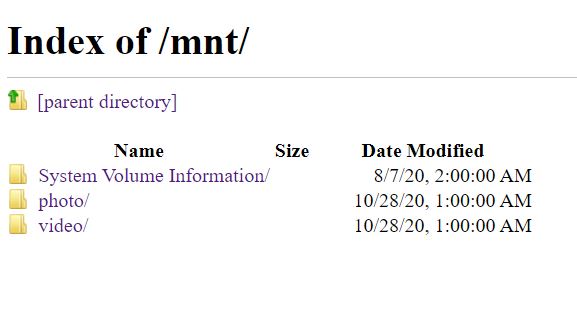 Opening photo/ and video/ you can see what you were looking for. 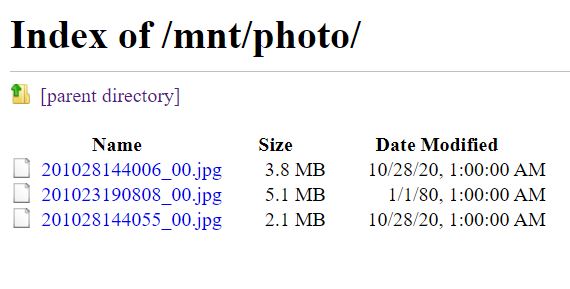 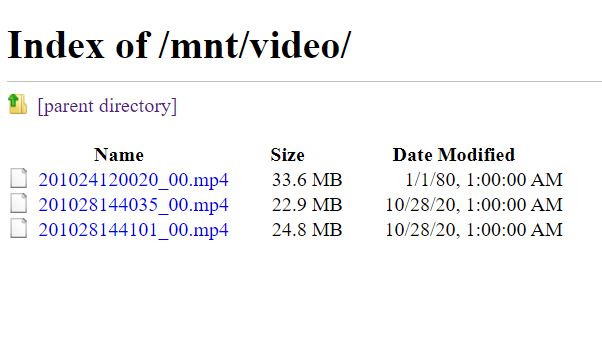 Is all the above enough? Not in my case. I wanted also to be able to delete the footage from the Drone’s SD, acting from the PC but this operation is not supported either by my browser (Chrome) or others (I tested Firefox Mozilla, too). There is an extension sFTP for Chrome that you have to buy at 30$ after some free attempts; moreover, there are rumors saying that Chrome will abandon the FTP standard (Mozilla already did it).

Then? How could I delete the files from SD via WiFi?

The first way is to use the app C-Fly (or Enjoy-Fly) and delete the files by the “Trash can” small icons appearing for each of them. Boring? Less boring than the download operation as described at page 1 but for who are not satisfied…voilà…good software for this use:

Cyberduck : it does not do any good thing on my PC

Filezilla : it downloads the footage on the PC, can also do the opposite thing (but does it serve?) but it is not able to delete them on the drone’s SD.

Winscp : also in the Portable version it does all that we need. Bidirectional transfer and file deletion. 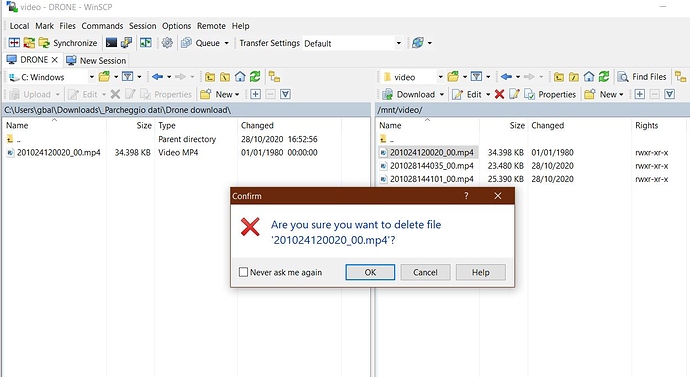 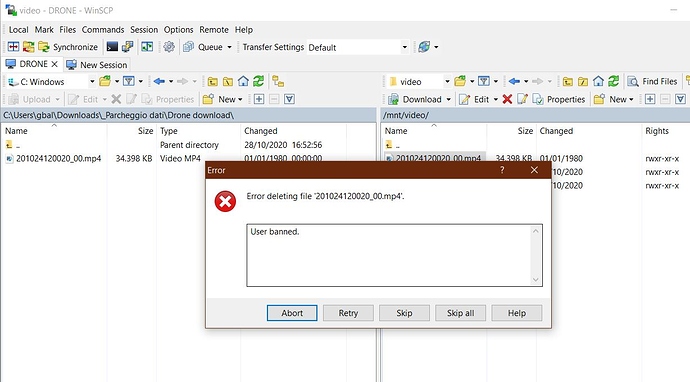 This is really interesting. So to capture the login credentials to FTP server, you would have to download the packet capture app (for me it’s android), connect to the drone and check the sniffer for the password.

What’s the most interesting part for me is that the drone is using linux, because the file structure is really similiar. Did you try to login to the drone with SSH connection? I wonder if it’s possible to access the 22 port. I ordered this drone and when I get it I will try this.

No, I did not try the connection via SSH, sorry.