Hello everyone. This summer I worked on how to support custom controller implementation using Matlab/Simulink code generation. In this blog post, I will summarize features added during the project. First, I would like to thank my mentors @iampete and @tridge for their invaluable insight. I also would like to thank @Leonardthall for discussing the custom and main controller interaction, @peterbarker for his help with preparing autotest, and @hwurzburg for his help with wiki.

The main aim of the project was to allow users to implement their own custom controller in systematic and easy way without compromising on the other functionality of the autopilot. This project required a good understanding of how ArduCopter attitude controller libraries interact with the rest of the code, and how Simulink code generation works and can be implemented into source code.

The custom controller support is currently only available for Copter vehicle type and for the attitude/rate controller. A brief overview of what has been done is given below.

An empty backend is provided to be used as a template to create a new backend. A new custom controller backend can be created within 10 minutes by following the steps given in the documentation as shown in this video. With this approach, the user does not need to change anything in vehicle code or in other libraries. 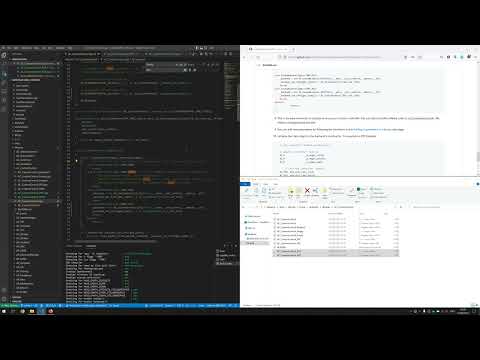 Multiple controller backend is hand-coded to serve as an example on how to call attitude target, rate target, latest gyro measurement, etc. and how to return controller output. These are PID, INDI, and ADRC backend. The PID backend has the same control architecture as the main controller without the safeguards and it is also used in autotest. Only PID backend is flight tested within the custom controller framework. INDI and ADRC backends are flight tested in their original implementation.

In the initial proposal, the plan was to link generated source code via its compiled object file. But later, it is found that we can easily go from Simulink model to ArduCopter integration by following doing one-time modifications to the both Simulink and custom controller backend. 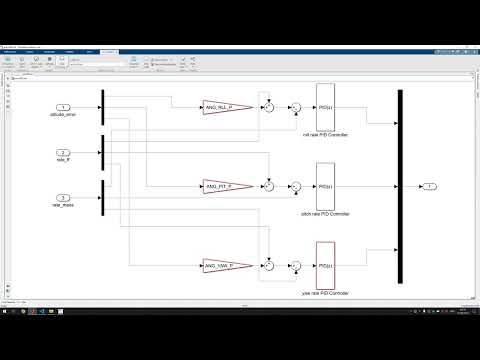 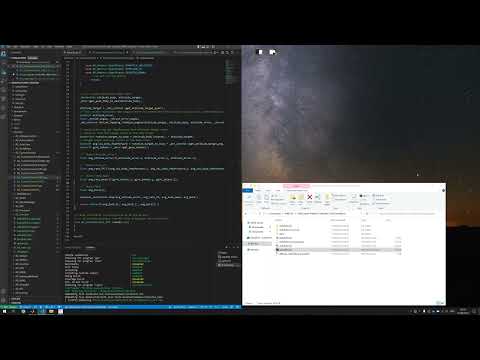 Instruction on how to create new backend, use custom controller both in SITL and real flight is given in soon-to-be-merged PR Adding Custom Attitude Controller to Copter

Following pull requests are created during this project.

This is a non-functional change, that update `_pid_info.I` when the integrator r…eset is called. The is added to allow better log inspection when the quadplane multi PID is not working or when the custom controller is active.

This PR has the same aim with the following PR [Custom Controller Support #21123… ](https://github.com/ArduPilot/ardupilot/pull/21123), This PR has the following feature flag to compile out the changes in original code. - In-flight run time transition between original and custom controller with RC switch. - Proper copter rate controller reset to provide bumpless transition from custom controller - Ground and inflight spool state separation to avoid build-up during arming and takeoff with the custom controller - bitmask to choose which axis to run the custom controller for I also added an example empty and PID controller. PID controller has the same architecture as the copter, but gains are scaled by 90%. In the example, the custom controller gets its already input-shaped target from the AC_AttitudeControl library. I also find that not running the original controller means that ATC_THR_MIX_MIN, ATC_THR_MIX_MAN, ATC_THR_MIX_MAX have no effect during different stages of flight if we are flying with a custom controller. Because update_throttle_rpy_mix function runs inside rate_controller_run. So, it might be a good idea to run the primary controller regardless or move update_throttle_rpy_mix out of rate_controller_run function. Pros and cons I find with this approach. Pros: - Easily access the attitude controller and all of its functionality - No modification to the AC_AttitudeController code and small modification to the vehicle code - Systematic way to store multiple new controllers that might be introduced in the future - Complete separation between custom controller and AttitudeControl libraries Cons: - Increase flash space with each custom controller, How to test: Set CUSTOMCONTROL_ENABLED inside AC_CustomControl.h to 1 Set CSC_CONT_TYPE parameter to 2(working PID controller) Assign RCx_OPTION to 109. Ex: RC6_OPTION 109 arm and takeoff Switch RCx to high value No difference can be observed as expected while switching. A message will pop on the ground control station when switching between controllers.

This is PR adds new INDI and ADRC controller to the as a custom controller backe…nd. This is a continuation of work done in https://github.com/ArduPilot/ardupilot/pull/21216. These controllers were flight tested in their original implementation, but they have not been flight tested using the custom controller framework. The readme file is also updated to reflect these new backend additions. I also a fixed a section related to the controller reset.

[Untitled presentation] Hello everybody, I am Emre Saldiran. I am a first-year Ph.D. student at Cranfield University. This summer, I will be working on developing a systematic and sustainable way to implement a custom controller into ArduPilot. This project is mentored by the @iampete and @tridge. In this blog, I will summarize the project’s aim/objective and deliverables to further discuss it with the community. There have been multiple interests specifically from the research communities as…

What Can Be Added In the Future

The following features can be added to extend the custom controller capability.

@Emre_Saldiran I’ve been very impressed by your work on this project, well done!