As some of you know, together with @disgruntled-patzer, @tzhl , @seahhorse, @Ivan_Tan, @Linkegvh and myself, we’re a team we call Yonah. Our end goal is to build an autonomous system that we can use to help rural healthcare providers with transportation of cargo (up to 4kg) in support of their operations. Most of the engineering hands on team are undergrad engineers from National University of Singapore.

We seldom post stuff, mostly because we have been busy with the engineering. It is however, on our hearts to share and grow towards being able to share better (i.e. github). Some of you may have read our Block Diagram post that we hope helped new-comers grapple with extracting “gospel truth” from the code base.

A year on from our last crash, going back to the drawing board and redesign of several aspects of our system, we are happy to share that Yonah’s main carrier platform has finally maidened its first AUTO flight on the 8th of Aug 2019. We subsequently did 6 more flights before running out of time for the test window.

Some information about Nemo

In conclusion, Cube and Ardupilot worked wonderfully well for us when we spent time to understand it and knew what we were doing. We also made an effort to ensure components are at least industrial grade (i.e. minimally 80 degree celcius rated) or better. Hope to release more materials that we created along the way.

Thanks for the write-up!
A few comments from the log:

The log shows significant discrepancies in attitude between the two EKF lanes: 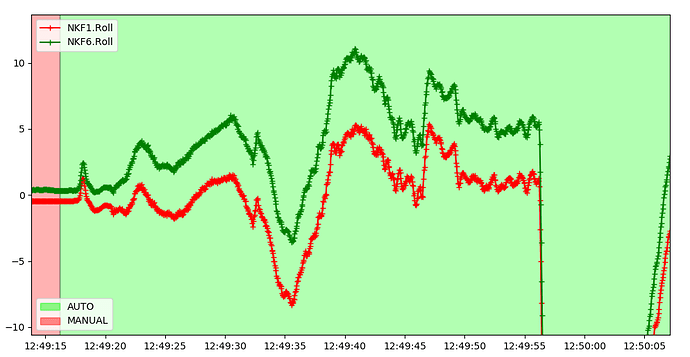 image.png994×515 49.9 KB
that is usually a result of vibration
Another odd feature is you have less gyro noise on the non-isolared gyro3 than the two isolated IMUs: 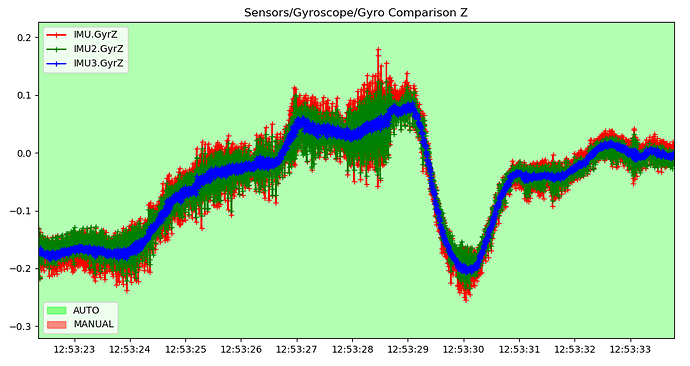 image.png1009×536 74.9 KB
the first thing I’d suggest is to change INS_FAST_SAMPLE to 5 from the current value of 2. The value 2 says “enable fast sampling on 2nd IMU”, but as the 2nd IMU can’t do fast sampling it does nothing.
I also noticed that the log has RNGFND_LANDING=0, which means it isn’t using your rangefinder for landing (ie. not using it for when to slowdown on descent).
Cheers, Tridge
1 Like
GregCovey (Greg Covey) August 27, 2019, 12:04pm #3

We did not note the difference in attitude between 2 EKF lane. We’ll try out changing INS_FAST_SAMPLE and RNGFND_LANDING.

Thank you for responding to our posts.