Wierd control when switching to AltHold - Yaw linked to Pitch?

BUT, when switching to AltHold the controls are off. This led to a first (very bad) crash, a few seconds after AltHold, I pitched-rolled a bit and the copter began a spiral fall. The yaw (that I had not touched) seemed crazy and the copter unable to stabilize because of it.

After a week of rebuilding and further testing today, I re-enabled AltHold after many succesful Stabilize flights. After a few seconds in AltHold, I Pitch and Roll to correct for the drifting, but then, the copter ALSO changed its yaw by 150°. This time no crash (maybe because I tuned down the Roll/Pitch PID after the first crash), after noticing the unwanted Yaw/Roll behavior I let it drift, not touching Roll/Pitch stick, while praying that it will avoid the trees before landing.

I analysed the logs (the first, from the crash was pretty useless : too short) but couldn’t find anything :

I though that maybe the copter wants to face a waypoint (home) when changing flight mod, so it rotates a few second after I pull the switch for AltHold, and I could have controled it by inputing Roll/Pitch. But this seems very unlikely.

I simply can’t pinpoint where this is comming from and I don’t want to risk another crash without changing anything.

You will have to post a link to the log file for help. Mission Planner has a Log Anonomizer function if you are worried about that. Use latest Beta version and from the Cntrl>F menu.

First is has nothing to do with AltHold, I recreated the problem in Stabilize.

It’s because one of the flap servo (OUT3) saturates. Therefore the copter can’t compensate for the Yaw potentialy leading to a death spiral if the pitch/roll control also needs this servo.

Now, I don’t understand why it is ALWAYS servo 3 that reach its limit. Servo 3 is much lower than any other throughout the flight and that’s why it saturates. 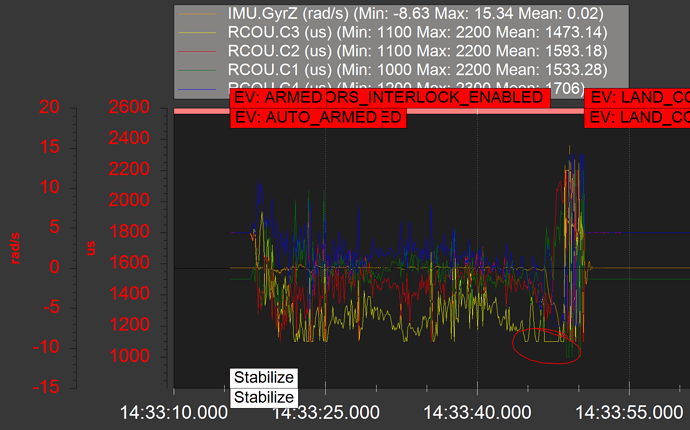 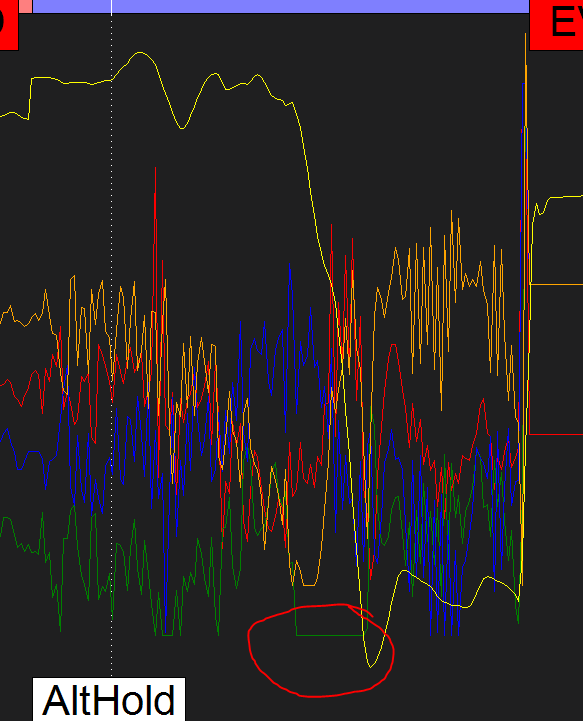 It happens more easly in AltHold because I fly higher and play more with the throttle. When reducing the throttle obviously the flaps have less lift and should compensate more, saturating servo 3.

The problem now is that I don’t know how to correct this issue. I don’t know if I can increase the max angle of my flaps, because, if the angle is too high I will lose lift. But this will be the easiest solution.
I could change the design of the flaps, now they are symetric, but I could change the curvature because one face is always used more than the other (like a plane) to compensate the torque.
I could do longer flaps to have more lift and to not reach saturation. But I don’t like this because the flaps already do not move a lot and I could reach some problem with the resolution of the servos (it’s totally doable though).

This is the max angle of servo3’s flaps : 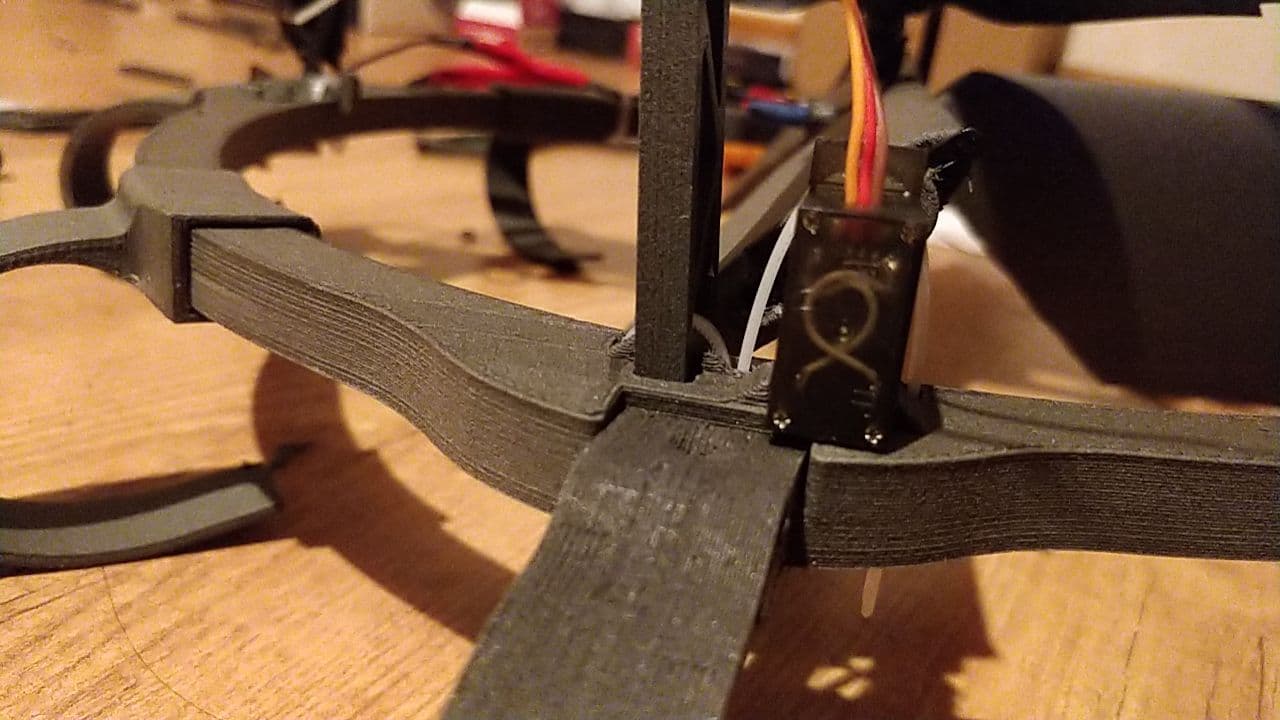 This is the shape of the flaps :

for scale they are here on the (slightly broken) copter, and are a bit more than 15cm long : 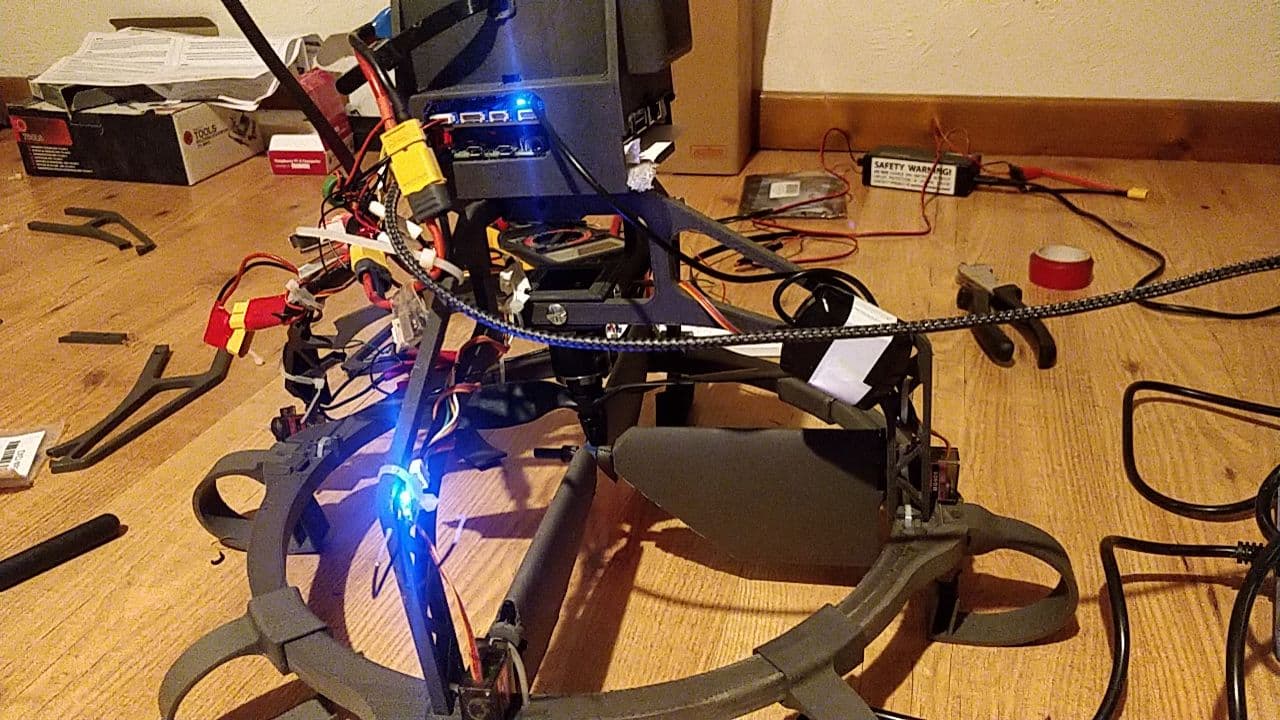 If you have any other idea on how to help this poor servo 3, I will gladly take it.

(this may not be a copter 4.0 firmware issue anymore)