Ah yes, Greg has helped us a lot. Thank you both for showing interest in helping us and others

This is how you calculate CG for a flying wing. It is not the same as standard fixed wing.

" Flying Wings & Delta : Do not have a tail (second wing ). … The CG value is always measured from the leading edge (LE) in the center of the main wing . For longitudinal stability the CG is placed 5% to 15% of MAC in front of the NP. This margin for stability is called Static Margin"

Here is a calculator;

I have not flown mine yet. I am doing major customizations so it won’t be ready for another month.

You want Flying wing to be nose heavy, ALWAYS. not 100% leveled. Its due to drag and uplift.

Here is another baby almost ready to fly. Waiting for two batteries from China to arrive. 62" Wing Span. Its called Reaper XL 62". 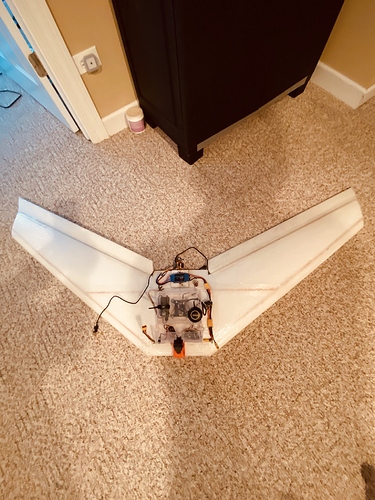 And to make it Nose heavy, don’t use a screwdriver. Go to your local fishing store and get lead fishing weights. they are small and very heavy. You can easily insert them inside the plane body and tape them at the nose part of the plane (inside the fuselage)

First figure out the additional weight you need. 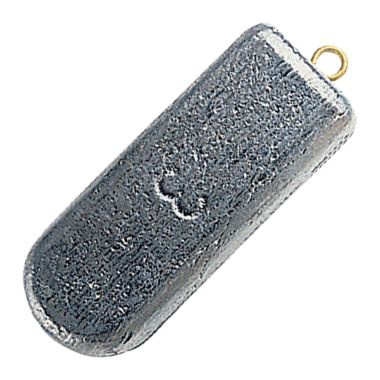 You can also change the position of the battery as it carries a lot of weight. Another solution.

Show me how your battery is positioned inside and what size it is.

Hello everyone!
I am also working on a VTOL project, but I’ve had some problems with the precision landing using a IR-LOCK beacon and a pixy camera. The issue comes when the drone is close to the beacon and begins to move erraticaly, even going away from the beacon. I’d like to know how to improve the movements in x/y( The values of px/py are high, you can see more details in the logs files).

I want to use IR-Lock to achieve precision landing, but encountered a few problems. I modified the default value of _enabled and _type in AC_Precland to avoid modifying parameters on GCS. However, after I loaded my firmware, I found that PLND_ENABLED is still 0, i.e. disabled. But when I use another pixhawk, my firmware works. So, what could be the problem with the first pixhawk hardware? After I set PLND_ENABLED and PLND_TYPE, MP hud displays ‘Bad Vision Position’. [image] This does no…

Thank you Asim for being so helpful. We will make sure the CG is correct for the next iteration as sadly the plane got destroyed at the end of the evening. We have two more x8 bodies on the way but due to the virus it has already taken two months hehe…

I’ll upload a video of all our tests and the events leading up to them soon if you’re interested.

Thank you for your help, again!

From what I see in your crash video, it is not about the cg, but there is something wrong in your transition settings. You can clearly see it ended the transition, setting the front motors into plane flight position much too soon and it just stalled not having enough airspeed to sustain plane flight.
If you were a little higher it might have recovered. Do you have an airspeed sensor on this plane?

We do not have an airspeed sensor installed currently. We didn’t have time to test its behavior in water so we skipped it. We plan on integrating it somehow in future iterations.

Hmm yes I believe it might be a mixture of PID, CG and stalling going on here. I am still drying the flight computer and will look into the logs soon.

They had a CG issue before and they used a screw driver to balance it :), hence my comment.

They for sure have some other issues

Sorry for not updating, we’re inte middle of the finals period

Here’s a little highlight reel we put together for anyone interested. I’ll post a longer version with commentary in the future.

Speed sensor will help. Buy a digital one not analog version which plugs into I2C port.

Make sure do all the speed sensor calibrations.

p.s. are you all studying hard to get A’s?

Hmm Interesting… We will look into that ASAP!

Today we’re going to fly test our smaller plane, a c-1 chaser, which has the same exact configuration as the bigger x8! Will post photos later on! 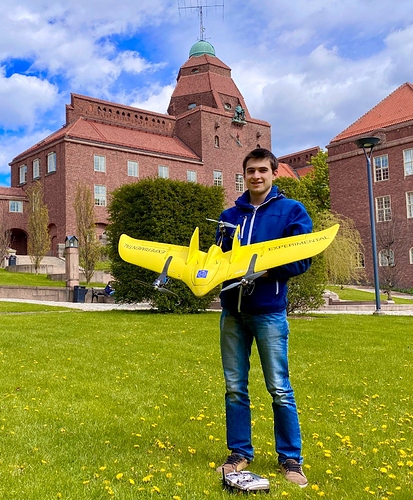 A bit about Cyril - He’s made this while me (Teo) and Johanna we’re working on setting up the X8 for forward flight. I’ve seen him put in a lot of time doing many iterations to finally achieve his goal. He’s truly a genius guy! I am obviously biased as he’s not only an awesome engineer but also an awesome friend.

We had a successful flight followed by a crash which we cannot explain! The pixhawk used in the chaser doesn’t seem to want to store any data on the dataflash logs…

Below is a video of the crash! Prior to the crash we had changed the LIM_ROLL_CD from 6000 to 7000. Everything else stayed the same. Is there any reason for the pixhawk to behave differently after reboots? I feel like this has happened to us before where we are left dumbstruck and short of answers…

Any questions or help is welcome!

Something is not happening correctly when you transition and not sure why it flew so fast right away.

Pixhawk will bot behave differently after reboot as long as parameters are the same.

What a pitty your crash

Its easier to have help if you share your crash log, its looks that fails at transition too.

ok I can see that the transition of front two motors was like a switched flipped instantaneously. It’s not supposed to be like that. You are supposed to give them an angle, not 90 degree flip. Thats why your plane went into a roll.

The Q_TILT_MAX parameter controls the tilt angle during transitions for continuous tilt vehicles. It is the angle in degrees that the rotors will move to while waiting for the transition airspeed to be reached.

The right value for Q_TILT_MAX depends on how much tilt you need to achieve sufficient airspeed for the wings to provide most of the lift. For most tilt-rotors the default of 45 degrees is good.

A critical parameter for tilt rotors is how quickly they move the tilt servos when transitioning between hover and forward flight.

The two parameters that control tilt rate are:

How fast you should move the tilt servos depends on a number of factors, particularly on how well tuned your vehicle is for multi-rotor flight. In general it is recommended to err on the side of slow transitions for initial testing, then slowly speed it up as needed.

A typical value would be 15 degrees per second for both up and down."

We did have a successful flight just before that where it flew almost perfectly. Between the flights we changed one parameter: LIM_ROLL_CD from 6000 -> 7000. We made sure to reboot the plane before the flight to make sure everything is fine. We checked the elevon deflection and it seemed ok initially but once in the air we could barely roll at all.

I see that our tilt up and down are way larger than what you recommend. What would this imply to the stability of the plane?