Has anyone implemented a red “Remove before flight” strap in place of the safety switch? 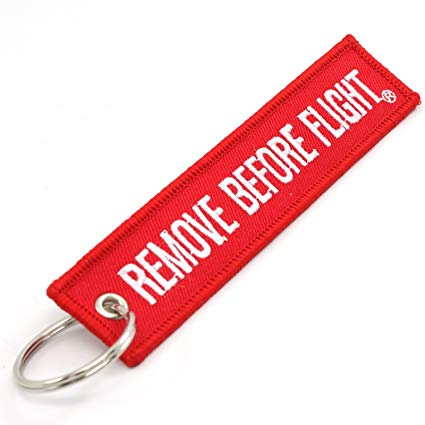 Maybe it could read something like “Remove to Arm”? 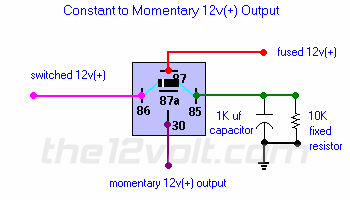 The capacitor allows the coil of the relay to be energized until the capacitor stores a charge, thus de-energizing the coil. The resistor bleeds off the charge of the capacitor when positive voltage is removed from the other side of the coil. You can increase the output time by simply changing the value of the capacitor. This one will give you about a 1/2 second output.

The circuit shown here represents the common automotive bosch style relay, but the concept would be the same with a much smaller and lighter relay.

I will try to breadboard a prototype up and see how it goes. For one, i think the “Remove before flight” straps are simply cool, but it also provides a very obvious and visual reminder as well as reassurance when working on the copter when powered on that it is in a safe state - even from some distance away.

I got some little developer relay boards and some Remove Before Flight straps: 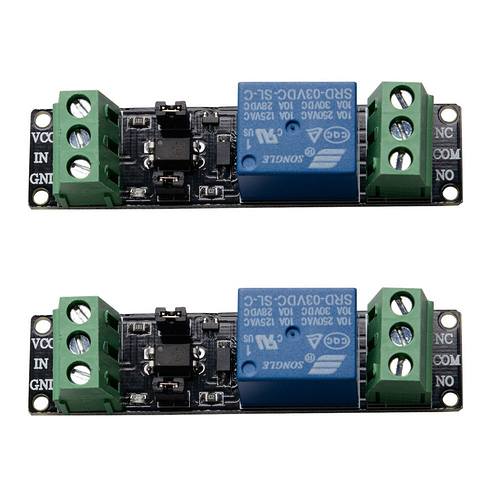 Here is what the “Safety Key” will look like:

Maybe someone with more circuit design skills could figure it out, but i only have the basics of circuits down.

When the safety key is removed, the relay is de-energized and the circuit is completed which will enable the safety switch. Then the operator would press the safety switch and carry on with the standard arming procedure. 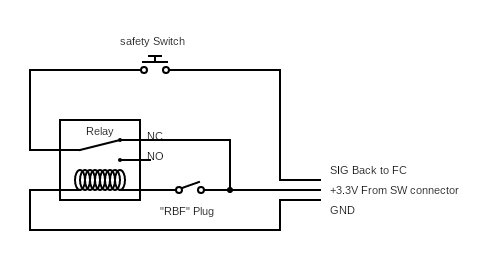 No robust solutions yet, but im still thinking.

Im not even sure if this can be done with analog means - maybe ill have to put my big boy pants on and try a tiny arduino or something for some basic programmable logic control.

ArduPilot only supports a momentary switch, attempting to adapt it as you’ve described will lead to very weird interactions. (Having to remove, then insert the key again to get it to change state).

Ok, good to know. Thanks for the input. I was wondering how it would behave with a continuous input.

Ardupilot’s support aside, I dont think my current approach is robust enough for flight. If it is really intended to be a safety feature, it really needs to be dead simple: installed = safe, removed = unsafe. Especially in an emergency situation when human reaction time might be a factor.

Like I said - I might have to look into some programmable logic or even integrating it into the Ardupilot firmware. I made a thread over in the dev forum, too, we’ll see if anyone is interested. Im good at mechanical stuff, but ill leave the software development to someone who knows more than me.

The normal way to provide this feature is that it actually cuts the power to the dangerous bits, rather then interacts through a software layer. You still need to manage the software before you pull the key, but it does allow for safer ground handling then trusting a software stack. (Most ESC’s won’t spin if they are booted with a high throttle signal which helps reduce the risk/problem here).

Youre absolutely right - this type of safety should really be a mechanical power break as opposed to a software solution.