Hi there, I have been flying for a few years have had 4 + Pixhawks and love them.

I have just bought a Pixhawk 2.1 Standard with Here+ GNSS from RiseAbove (I know I know)…

I have to say I am less than impressed, I have had no end of issues with this, Compass Calibration not sticking, Telemetry not working and OSD now not displaying correct data… I have had to disable both internal mags and can only use the external one, so this sux for an expensive unit.

The cable set that came with it I have had to cut and solder onto the old Pix plugs to match the Mavlink Telemetery radio and OSD.

The Mavlink will see the laptop unit and connect but will hang on Getting Params 1. It will never go past this. I have tried disabling ECC, setting for Low Latency etc but to no avail.

This Telem unit worked perfectly on my old Pix earlier in the week, so I know it is fine, The 4 wires are soldered correctly as I can connect and see the HUD with the correct settings, but the Getting Params 1 just hangs and freezes MP.

It connects fine over USB, just radio is hanging.
Any ideas guys?

No telemetry stream whilst the USB is connected.Are you powering from flight battery or USB ?

I am powering from the battery, 6s 12000mah 22.2v through the standard power module.

Standard setup, that is used for a standard Pixhawk build. 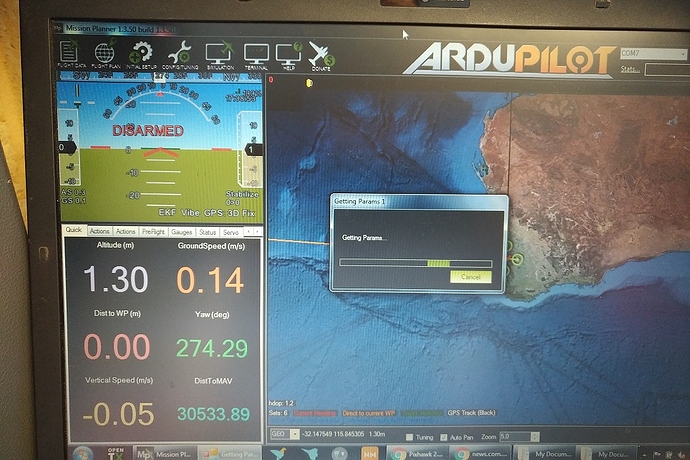 Damn.Probably need loads more info then.Photos,diagrams you worked from,etc.Anything containing information about the rig.I know that it’s usually something simple like a swapped wire that causes this.I’ve banged my head against the wall enough times to know that,and even with a copter I wired up in front of me it’s sometimes hard to find.I get a brain fart that says “that must be correct because I checked it 5 times” and I don’t check it a sixth time.

One other thing I’ve found sometimes works for me is a cup of tea.I’ll check everything again and fire it all up and then hit Auto in the drop down and go and make a cup of tea.Surprises me how many times that works when I don’t.

I found I could only do a compass calibration outdoors away from all forms of civilisation.I take it you meant you got the HERE GPS and not the HERE+ RTK stuff ?

I also remember recently seeing a bit about OSDs getting in the way of things too.Not sure where it was.Maybe on faceache.I’ll try to find it.

Righto all good, I will pull down the full parameters list. the rig is a Tarot X6 Heax, Sunnysky 380KV, 40A ESC, Minim OSD.

It is all fairly standard stuff, nothing out of the ordinary really, been flyit in its current format for almost a year now on a Pixhawk 1.

I tried without the OSD as I read about that too, and even with the OSD connected, the Mavlink Radio still hangs.

Will circle back with the param file.

Yes the GPS is the HERE+ with no RTK. 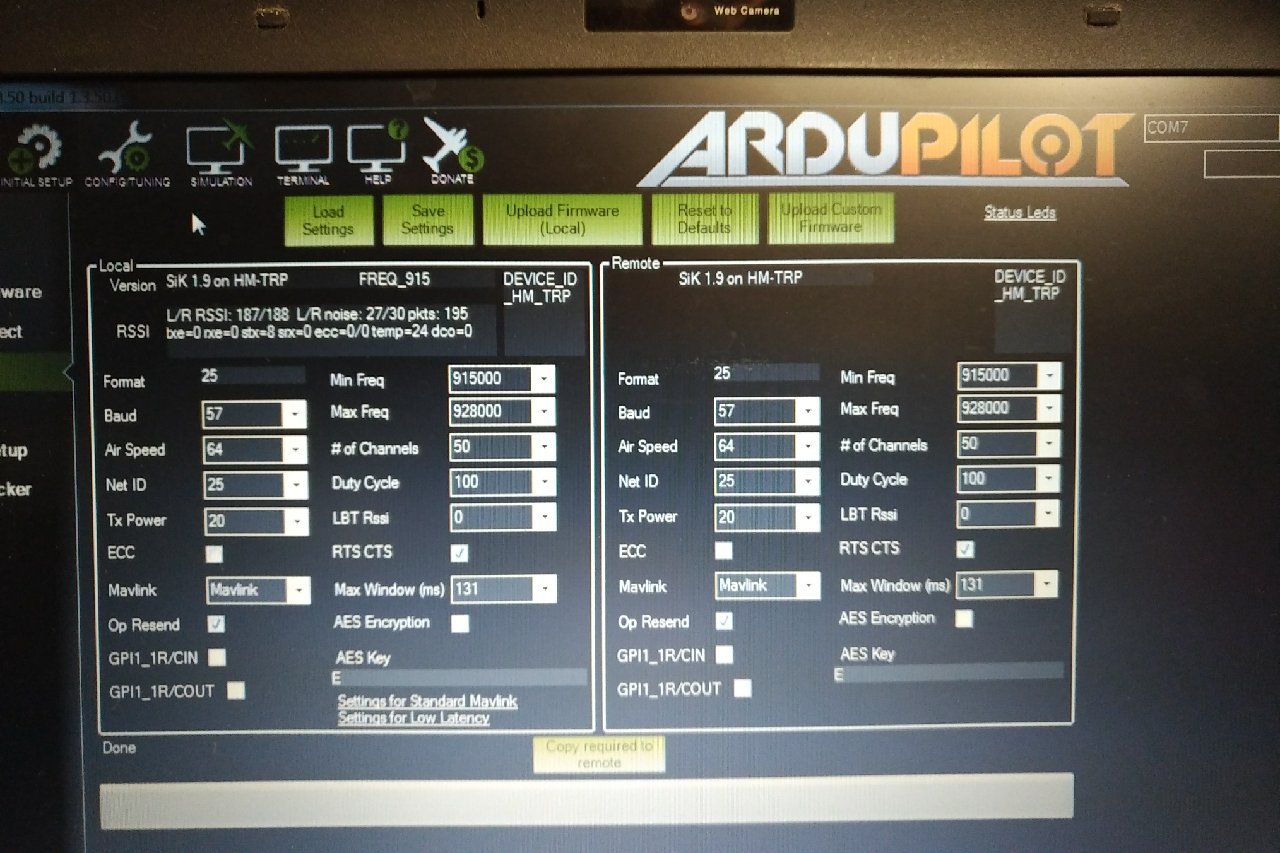 This is the cabling diagram I followed for the 6 wire Pixhawk 2.1 to the 4 wire Pixhawk 1 Mavlink Telem Radio connection: 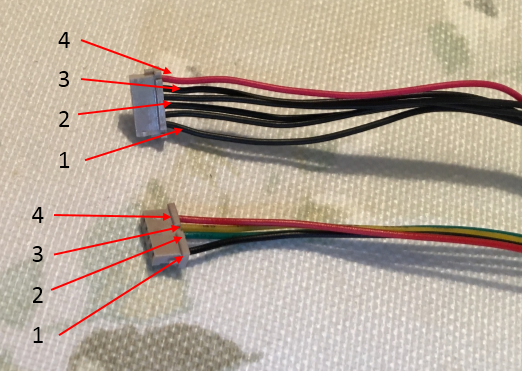 It is a good connection and does work well, as it does connect, it just seems that there is something in this Pix 2.1 config somewhere that is either buffering like a mofo, or doing a double loop back perhaps or something weird.

I’ll have a look.I just happen to have an X6 sitting on the table.It does have Solo brain in it,so there are some differences there but I’ll see what I can see.

Nice, cheers mate. Once I have the Telem radio sorted I will need to figure out the Compass/Mag issues, but one thing at a time…

I really want to like this Pixhawk 2.1 but she is playing hard to get…

I’m not thinking particularly straight this morning but could this be to do with MAVLink 1 and MAVLink 2 protocol ? The PPixhawk 2.1 can do MAVLink 2 and serial 2 is set at 2 for MAVLink 2.But I have no idea if that affects anything.I need to eat something.

I don’t have my Pixhawk 2.1 currently.It’s on a world tour and I haven’t seen it for a few months.Haven’t heard about it for a while so I can’t check like for like on the parameters.And my brain still isn’t working today.

No worries mate, appreciate the input, as I spent the whole weekend reflashing the unit, pairing it back to the bare unit, so there were no confilcts, and so on, and still no joy.

Might have to shelve this one and go back to the Pix 1, at least that girl is a known quantity and does what she is told. I was really looking forward to all the enhancements, but so far, this thing is all liabilities rather than benefits…

Ensure that you only connect one mavlink equipment, Donnot connect the USB serial.
Or you can try the firmware for diffent version.

I’ll see if @dkemxr can have a look in.He always sorts out the radios over on RCGroups whereas I just blunder around with them looking for wiring faults.Dave understands them.

I don’t see anything immediately wrong. Assuming you have it connected to Telemetry 1 (Serial 1) you have it set for protocol 1 (Mavlink 1). And the settings from your screen shot look OK. I use ECC but it should work either way. Did you try Telemetry 2 and set the Serial 2 parameters accordingly?

Edit-After looking at your connector wiring it’s not clear how you have it. There are several varieties of 3DR telemetry radios and clones. Like this?

Hi Dkemxr, yes I was very careful on the cabling, and dd try several different combinations, just to prove the point. Only one worked,
I know the radio connects, as I get the verbal alerts from the FC, I can see the Flight Modes change on the HUD when I change them via the TX (Taranis X9) so yes the radio connects and does indeed talk to the Laptop Mavlink Radio, but the parameters just hang and never fully finish so Mission Planner is unusable as a Ground Control Station.

Hi Chinese66 yes this is correct and I do not do this. I am a bit loathe to try a different FW as it should work, this is good quality kit, so there must be a simple thing somewhere that is either turned off or not turned on?

You need ensure that you radio is OK.
I don’t have any evidence but I think there is something wrong with Pixhawk’s RX.

Today I try to use an usb-serial without RX to connect and get the same result. I just disconnect the radioTX and PixRx. It’s OK when i connect it. 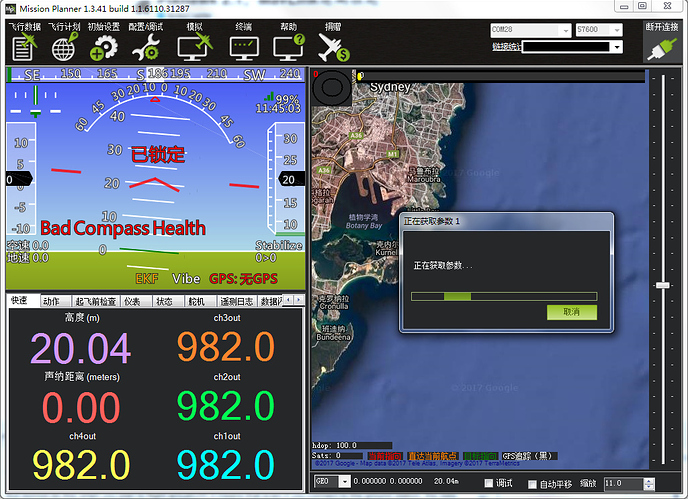