I think the best mode (or at least a good choice) to autotune from is PosHold… Correct? By this I mean, I will be flying in PosHold, then flip my autotune switch. I am expecting mild breeze (<5mph) tomorrow morning and is the best weather expected for the near future. Not so fortunately, where I live springtime can be pretty windy. I will post a video (as requested) of my autotune for fine tuning later.

I think the best mode (or at least a good choice) to autotune from is PosHold… Correct?

I already did but was told by someone, I think it was rmackay9 that since the time of writing, PosHold was introduced and was a better mode for autotuning. I was trying to find the post he mentioned it in but not finding it, so asked here. I will just assume it is the best, since it’s talked about quite a bit in the instructions which look updated. Loiter mode is also mentioned, so why I thought it might be gentler that way or have some other benefit. Probably it’s better since it is only available in recent versions of copter. The instructions don’t explicitly say it’s the “best” mode to autotune in, but maybe it’s my overthinking things again. I was just hoping for an opinion or two as to which mode is the best for autotuning.

You should not be using Pos Hold or Loiter until you have got a good manual tune. So you need to do everything above this:
https://ardupilot.org/copter/docs/tuning-process-instructions.html#autotune

Ideally you would do autotune from Alt Hold on a calm day. Starting it from Loiter or Pos Hold just makes it try to hold position gently and face in the correct direction through the tune. It does not make it softer or easier on the aircraft. It does mean the aircraft is relying on higher level controllers before you have ensured they are working correctly. It also will make the aircraft do strange movements that you may not understand or expect.

At this point you should not even be thinking about AutoTune. You need to focus on the single most dangerous flight of any aircraft, the first one. So focus on the setup and all the things you need to do to ensure that your first flight is safe and successful (top of that page). Autotune is way down the page. Start at the top and carefully and patiently work your way down and you will have the best chance of a safe and positive experience.

I was almost counting on it being oscillation-free (though being prepared to come back and configure,) etc.

Yeh exactly. The problem is if it isn’t then you can lose the aircraft and not get a chance to fix the problem. I see so many aircraft lost because people skipped the most important step of making sure the aircraft can fly safely before they do autotune.

The aircraft can look fine when you take off but people are too scared to test to make sure it really is fine. Often the aircraft needs input to show up many of the basic problems. So after flying with hardly any commanded input so far, people start one of the most aggressive set of tests that the aircraft may ever do. When you put it that way it sort of makes sense why they crash

Spreadsheet simplified and a link posted in the Tuning wiki thread:

I’ve simplified and fixed a couple of things in this updated sheet, please download and it try out while I work out how to get it functioning in the Tuning Process Instructions doco.

I took it out for the first tuning test and I didn’t dare take off because the rear was lifting quite a bit more than the front:

I didn’t notice any oscillations visually or audibly, so I think it looks good, but I didn’t realize until I got home that the battery, when I affix the three velcro straps that hold it on, is not weighted properly. The front is heavier than the back, so I’m pretty sure it explains why the rear end tends to lift up more than the front. Otherwise; everything else, as far as I can tell, looks good to take off and set it back down. I’ll just have to figure out a way to move the frontmost battery strap, because when I center the weight of the battery on the x8, the front strap isn’t being used and I don’t trust only two straps to hold it properly.

I have at least a day to work on it before the winds slow down to 5mph according to forecasts before I will try it again with the battery more toward the back and balanced better.

It starts to lift off the ground when the throttle gets to about 40%.

I plan on using the video as part of a tutorial for YouTube to help others in their tuning process.

If you send me the log for that flight I can tell you why it was doing that and see if there is any setup problem you have.

I have looked at your log and it appears like you are feeding input into the aircraft as you go to take off.

Just make sure you are on a flat surface and slowly increase the throttle until it comes off the ground. At any time you can drop the throttle back to zero to get it on it’s legs again. It looks like everything is in the right direction. I suspect that you just need to get the feet off the ground.

Just slowly increase the throttle until the legs come off the ground and you should be fine.

You are also correct to do your best to move the CG directly to the middle of the aircraft.

Awesome, and thanks for checking that out as it will make me feel much more confident taking off. I should be airborne as soon as the wind slows up.

Initial parameters based on prop size.xlsx

Hi, how can i check this file sir? Thanks

Something strange about when I enter the values given by the spreadsheet… When I enter my value (“18” in this case, but happened on my other copter too) for ATC_RAT_YAW_FLTT, Mission Planner pops up an Out of range warning: “ATC_RAT_YAW_FLTT value is out of range. Do you want to continue?”

Should I be alarmed?

You can safely ignore those warnings if you are using values the spreadsheet generated.

You can ignore all those warnings in any parameter. They are best thought of as a Fat Finger detector

I updated my spreadsheet again to fix mistakes in parameter names, please download a new copy

I’ve now tested the X8 a few times. It flies amazingly well, especially considering it’s not even tuned yet. I have completed the AltHold learning process by flying it in AltHold mode for at least 30 seconds, and in fact I did it twice and let it hover without stick input for at least 30 seconds on the second time. I went to:

Blockquote 1. Set these parameters on ground and preferably disarm (A confident pilot could set them in flight with GCS or CH6 tuning knob):

I set my PSC_ACCZ_I to be “0.33818‬” (2x MOT_THST_HOVER) and was about to set the PSC_ACCZ_P to be “0.16909” (my MOT_THST_HOVER.) However, when I did, Mission Planner popped up an alert box saying “PSC_ACCZ_P value is out of range. Do you want to continue?” Should I continue? Or does this seem way off? the difference between .5 and 0.16909 seems drastic, and considering how well it flies… I’m hesitant to do it yet. It does drop pretty drastically when I change from AltHold to Stabilize mode, as can be seen in the video:

What I see often is that high powered aircraft have some oscillation in Althold. For Autotune it is good to have a very stable AltHold so it does not put extra inputs into the aircraft during the tests.

You can think of those numbers as good numbers during Autotune and a low safe value. You could move them back up to the default if you like that better. However I would test it during fast flight and breaking maneuvers before you decide on your final numbers. Often you will only see problems in breaking maneuvers where the aircraft pulses.

Thanks Leonard. I did set them back to defaults, because my braking worked well and didn’t notice any oscillations or anything weird, and as can be seen in the above video, I flew it pretty much full speed left and right. so I think it will be fine.

I’ve got it all ready to Autotune again tomorrow if the wind isn’t too strong: 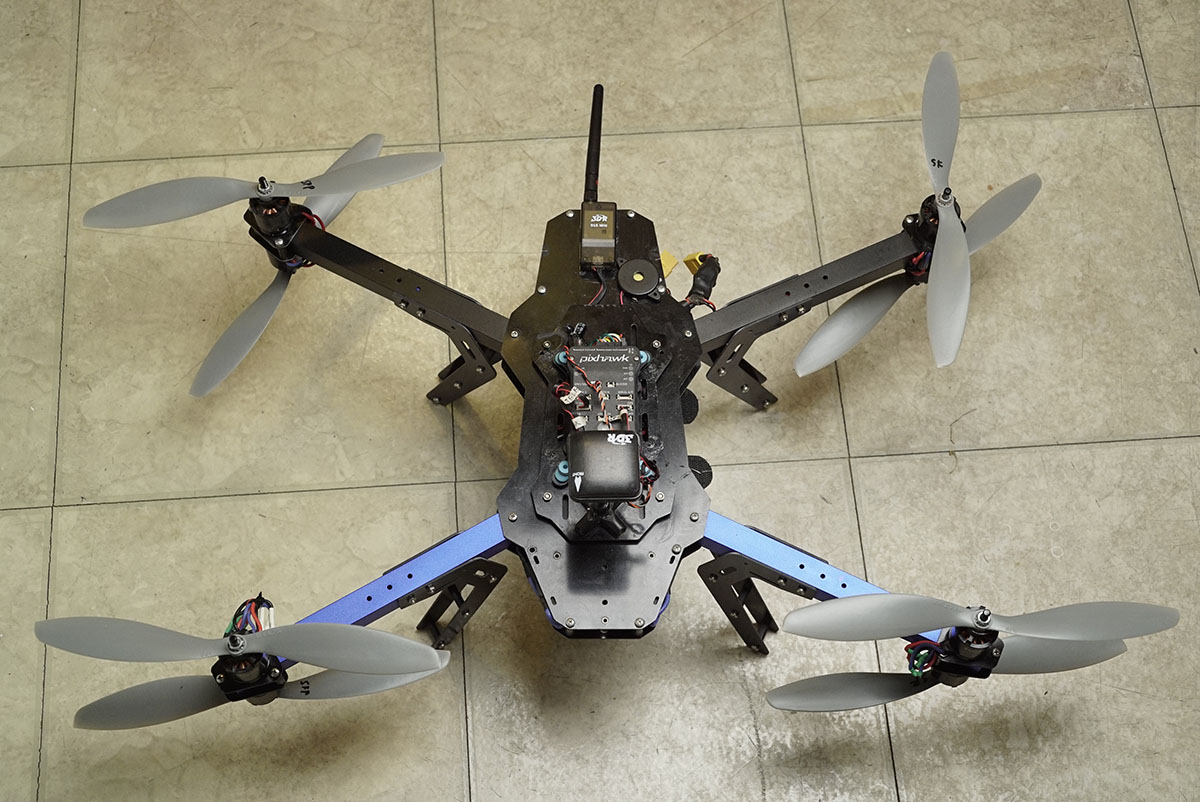 It prompts you for the correct values in the Mission Planner plug-in (Alt>A).