New version of mavlink to hott telemetry converter is ready for beta-testing and usage.
It was attempt to take most from both MAVLink and HoTT.

It takes from mavlink stream and shows 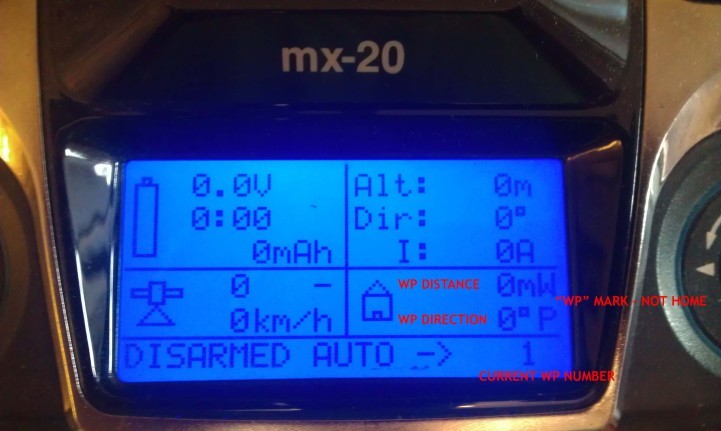 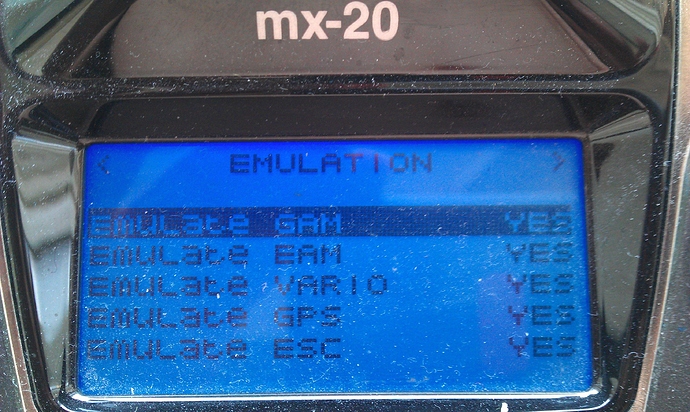 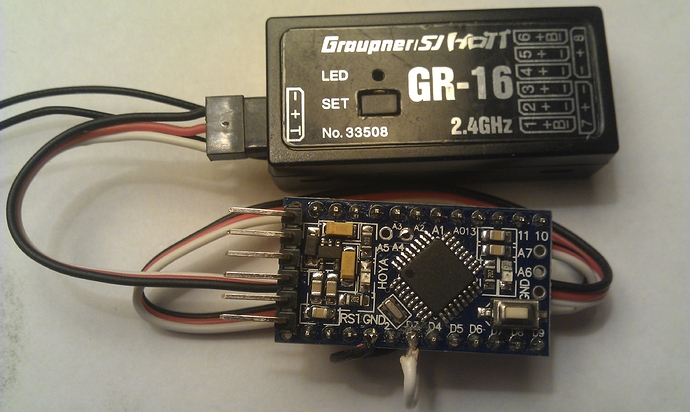 New version 1.4 added. This version was tested with MX-16, MX-20, MZ-24 (Thanks to Klaus) and MC-32 (Thanks to Deepflights).
Currently tested with copters only, but should support planes as well.
I’ll be glad if anyone will test it and give feedback.

I’m installing a pixhawk into a fixed wing aircraft, using a graupner radio.

First I had some issues with sumd compatibility between my GR16 and the pixhawk. It’s now solved with an hand mad patch, proposed here https://github.com/ArduPilot/PX4Firmware/pull/71 to ardupilot.

Now I’m trying to load the hex file into a spark fun arduino mini 5V 16 MHz board and I don’t get any result.

The arduino mini has been bought with bootloader inside. I installed avrdude on an ubunu 16 PC, I used a standard ftdi cable (usb <-> TTL , ID 067b:2303 Prolific Technology, Inc. PL2303 Serial Port)

I get only “avrdude: stk500v2_ReceiveMessage(): timeout”

I’ve a doubt with the signal level of my ftdi cable, 3.3V or 5V, but is it critical ? After releasing reset button, the green led flashes two times, that’s all.

I tried with Xloader on a PC, without success.

Is it possible to have some details for arduino newbe ?

The command to flash the Arduino is

Not easy to guess, but after that it is plug & play with a GR24L and a pixhawk (with ArduPlane)
Benoit

I’m trying to make work the version 1.4.3 of MAVLink2HoTT without success.

All settings in MAVLink2HoTT 1.4.3 are the default ones (all sensors emulated)

Problems are:
All values on the Graupner display are at zero, except the capacity of the battery (mAh)
When I change the flight-mode, the display (of this flight mode) takes around 3 to seconds to update, which seems to be quite long.
Beside that, nothing else changes.

I can walk though the settings of MAVLink2HoTT on the MX-20 and change them, but the telemetry data dont come.

I tested the same setup with another GR-16 receiver and also with another mini Arduino Pro, but the behavior remains the same.

Any idea about what could be the problem?

Can you post a log or parameter file?
I am running the same setup and it took a bit of tweaking with parameters to get it talking.

I am also setting the same on a PH2.1 and it is not wanting to play the game so far and giving me the same results as yourself.

Please have the parameters file attached.

@vag_01 I had a look at your SR1 params and they are quite different.
It was this area I needed to fiddle with to get the connection working.

Here are mine, I am using serial 2 on a PH1 here and it works:

Hello Mike,
I tested with your parameters and now it works perfectly

Many thanks to you!
vag

Anyone knows what is the difference between two?
As far as i can see only diference;on MX-20 telemetry screen, in GR-24 i can change parameter TEL.RCV between rcv ch1 and rcv ch2…on GR-32 i can not only rcv ch1 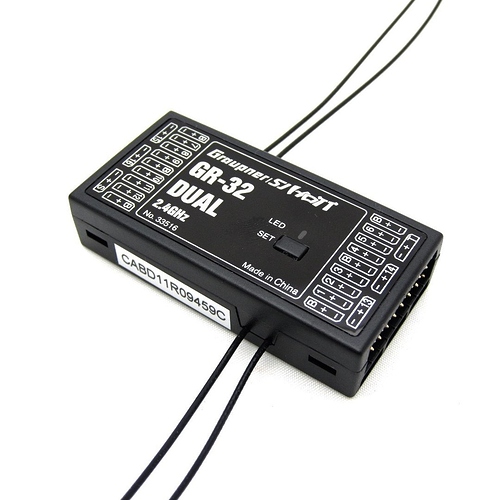 I am new to this community. My name is Kay and I come from Essen in Germany. I have recently started out flying drones with my Cheerson CX-20 (APM 2.52) and have since really caught the bug.

Since I already used my Graupner MX-20 for model ships, I also installed the Graupner RX into the Cheerson and have started building my own drone with a mini APM 3.1

Now since I have seen telemetry on a friends Taranis I wanted to include this in my Graupner which allows telemetry with ther HoTT technology and quickly found mavlink2hott.

So I bought an APM328P board, installed the firmware and wired it to the APM mini as follows

Then I wired D3 > T on my Graupner GR-12 RX and set the function to “Sensor” in the telemetry menu.

However, I cannot seem to get any telemetry data from the APM.

There is not even a sensor emulation screen. When in the telemetry menu, I cannot select/deselect any sensors.

One thing I am thinking about right as I am writing this is, that I have only connected the telemetry pin to the RX for testing so far. There is no other connection to the APM as of right now. May that be the problem or did I do anything wrong?

Help would be greatly appreciated!

Have you set the Telemetry port parameters correctly in the APM?

Not only the baud rate and protocol (MavLink) but also the SR1 parameters.

Are you testing with battery or connected via USB?

thank you for your reply.

As of now I seem to be able to communicate with mavlink2hott through my MX-20.

I do not receive any data, however.

What seems to have been the problem with the communication in general was that I had not connected the RX to the GND of the APM mini. After powering it through the APM, I could see the mavlink2hott menues.

However, as I wrote, I do not seem to receive data.

The baud rate seems to be set correctly to 57600.
I do not find SERIAL1_PROTOCOL to set a telemetry protocol. Possibly in miniAPM 3.1 there is no such option?

Here are my parameters:

I think I generally used the ones that you had posted earlier.

Edit:
With the original schematic (Power from Pixhawk to ‘Vcc’ I get fluctuating Rx voltage display.
I get much better results by powering the Arduino from the Rx (Rx on 2s). Red wire goes to ‘RAW’ and NOT to ‘Vcc’ !!! Signal (white / orange) goes to ‘3’ and black/brown to ‘GND’.
Two wires (‘RXI’ and ‘GND’) to Pixhawk.

You did not say if you are testing with USB connected as power or battery.

In the APM (FW3.2.1) there does not seem to be a protocol selection for serial.
But it is MavLink.

I have no idea, what else to try.

The red LED on the arduino is blinking about twice per second. The RX LED is blinking rapidly. The TX LED doesn’t blink at all.

However there must be some data connection, because when I remove the telemetry cable, the set 3000mAh value disappears. It reappears when I plug it back in.

I am going to bed for now

which FC are you using? APM oder Pixhawk or other?

APM oder Pixhawk or other?

Pixhawk 1, just used Mike Boland parameters from post #9. Didn’t bother to try any of the other (quite different) parameter sets that are around because those worked.
Maybe you could try some other Mavlink stuff on this port like radio modem telemetry to check if this works.