Basically I wanted to get sonar depth from the lowrance HDS unit
AND
Send more accurate GPS to the lowrance unit.

I achieved this using 1 serial comm port on lowrance hds, whilst the pixhawk needed 2 serial ports 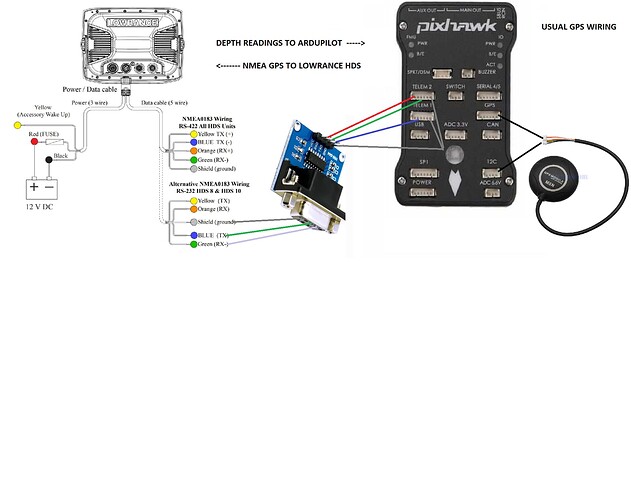 This test used RS232 because thats the only TTL adapter I had. I will migrate to RS422 because that seems more widely used. Eg only my HDS 8 supports both 232 and 422. Whilst my smaller HDS5 only supports 422.

I followed a guide to try to convert 422 to 232 without any special adapter but it didn’t work for me. 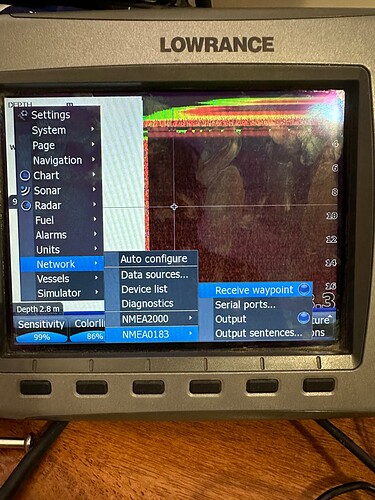 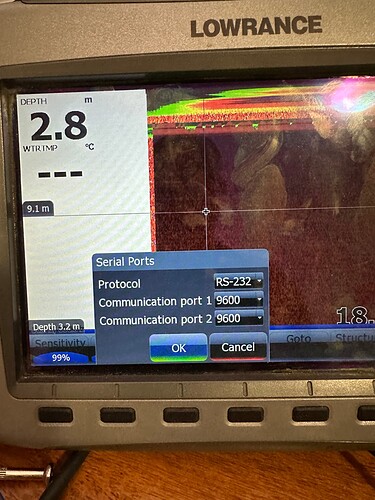 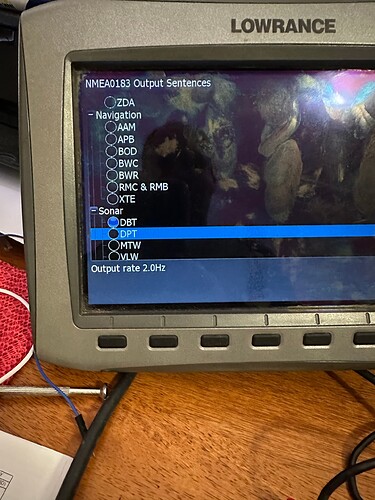 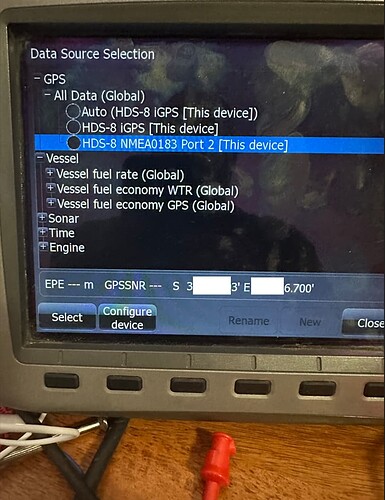 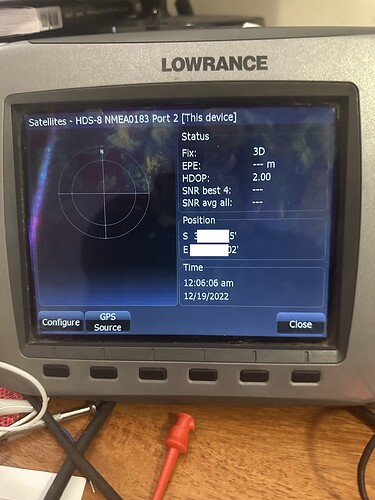 Thanks very much for this detail. So I guess this is similar to this wiki page except that you’re using the RS-232 port instead of the RS-422 port?

I’m wondering if we should add the info you’ve collected to the linked wiki page.

Thanks very much for this detail. So I guess this is similar to this wiki page except that you’re using the RS-232 port instead of the RS-422 port?

I’m wondering if we should add the info you’ve collected to the linked wiki page.

I think my thread is pretty much same as existing blog, except the bidirectional part. I didn’t see any write up on feeding NMEA depth out of sounder, and NMEA gps data into sounder.

Perhaps I can add some more parameters config, and then my info could be used for a footnote to existing wiki info.

Ah, right. I missed the “bi-directional” part… so the autopilot’s position estimate will be used instead of the sonar’s built-in GPS. nice!

Thanks for the detailed information. This gives me hope that I might get my lowrance to accept nmea GPS input from my pixhawk.

I’ll definitely try it out.

I found the existing lowrance wiring pics on this site actually had a wiring bug that broke data into lowrance, but didn’t affect data from lowrance (eg depth).

Here is my working setup.

Heres my working config for using serial 4 and 5.

Thanks for the puzzle work mate! I straight away ordered two exact same yl-128 rs422 adapters and have good hopes that you solved the riddle.
I’m excited already for when they arrive.

It will take some time for the package to arrive (2 weeks maybe). And I’ll report back if I could get it to work on my older lowrance elite ti.

@admired thanks for finding the typo. I updated the above to protocol 20.

I’m not an expert on the serial 5 reserved for debug. Maybe others can share their knowledge. I did google search before I used it, and I got the impression that older versions of ardupilot reserve serial 5 for debug but now its open for user use.

I’ve managed to hack the lowrance to output the live full sonar data to mission planner. This doesn’t use the nmea serial ports, but uses wifi. No camera required. 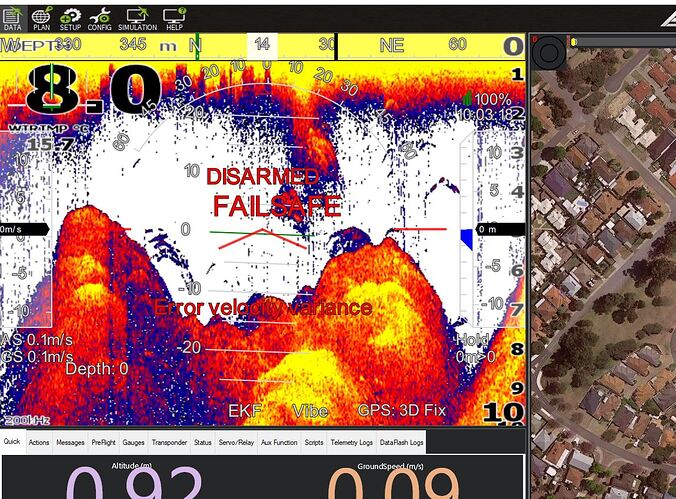 Haven’t tested 4G connection yet, but I’d expect it should work ok. 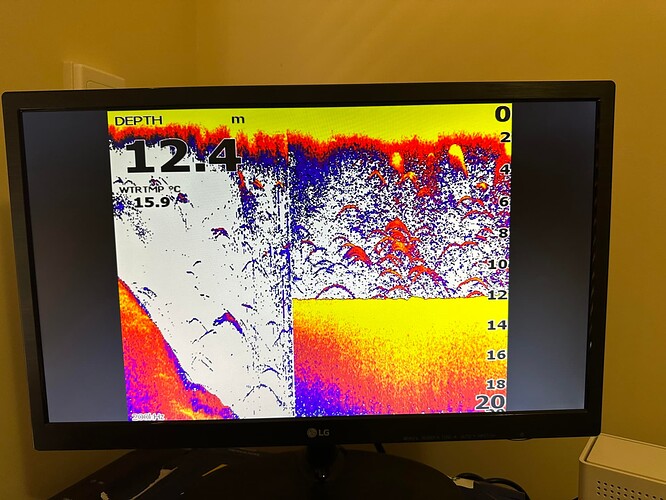 How did you get the signal off the sonar screen? Can you explain your implementation process in detail? Thank you so much.

How did you get the signal off the sonar screen? Can you explain your implementation process in detail? Thanks a lot, I’d like to take a look at your ideas and see if my HUMMINGBIRD HELIX can be modified in the same way, especially if you can push buttons remotely.

@admired I will post more details when I get time to write it all up.

Does you sounder have ethernet ? What model is it ?

Google says Ethernet networking capable models include HELIX 7 G4N, all HELIX 8, 9, 10, 12, and 15 models, all SOLIX and all APEX models, as well as many Humminbird legacy models.

If your model doesn’t support ethernet, your only video solution might be a camera pointed at the screen. Or maybe move to a model that works if you really need full live sonar data.

Yes, I have just read the official documents, and it is true that many models support Ethernet, but the annoying thing is that the lowest end HELIX5 I am using now does not seem to support it. I have been trying to get the signal from the screen position and then use the form of picture transmission for remote viewing, which may be very troublesome.