hi, I built VTOL 4+1 today I made the first takeoff and there was a feeling that there was little traction, if the first time I took off by one and a half meters, the second time I couldn’t even get up, the battery with a high rating of 6200/6s 90 with a load does not actually sink. VMG T-MOTOR MN4014 KV400, prop 15/5.5. probably not enough traction, what can I say from this video? the drone has 2 Lipo 6200/6s batteries for takeoff, and the fifth motor has its own 12000/6s Lyon battery первый тест втол - YouTube

13-14 m/s is more adequate as ARSPD_FBW_MIN from my experience.

13-14 m/s is more adequate as ARSPD_FBW_MIN from my experience.

Sure, but they are not flown out in any way and no adjustments to FBWA_MIN/MAX etc or TECS values yet. I have as I said ONLY taken the default values from arduplane, once the calculation for 20 inch props of Missionplanner run over it and played a little on the P and D values. Under this the hovering was not so bad. But after a few seconds I landed again, because the power consumption was displayed so high. If you want to look at the parameters anyway:
LF.param (24.1 KB)
Fortunately, the power consumption has been clarified. I have calibrated correct today with a clamp ammeter and came to less than half of the previous BATT_AMP_PERVLT. 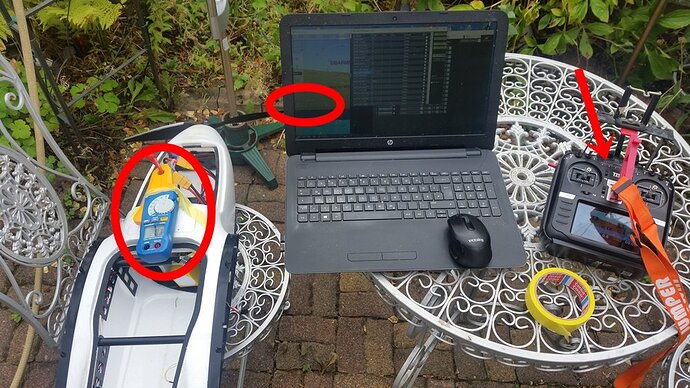 m11000×563 176 KB
For setting I mounted a propeller, so that one could flow at least a few amps of current. On the missionplanner, the HUD display is separated, so that you can see the amperage display without changing the window and change BATT_AMP_PERVLT at the same time. On the transmitter, just for the test, the throttle is put on a knob.
Power consumption is therefore in the green range as with you others with 12s. This reassures me very much and next time I will be able to hover longer and adjust the parameters.

Hey. What is the formula you use for this calculation?

The lift equation is

where S is wing area, CL coefficient of lift, ρ air density, and v airspeed. Using units of measure m2 for S, m/s for v, and kg/m3 for ρ, the result is lift in N (newtons).

Once you know the stall speed of an airplane of known weight, you can see from the formula that the lift is proportional to the square of the airspeed, since all other factors of the lift formula have not been changed (assuming the same configuration - flaps and center of gravity - of the aircraft).

The rest is rule of three .

Thank you for that! Ill try to learn more.