Does TFmini S lidar affect the magnetic field of the GPS in my hexacopter?

Hello everyone,
I have a hexacopter with pixhawk 2.4.8 flight controller. I made some flights without problems on guided mode using raspberry pi 4 via Mavlink. The problems started when I installed TF mini s lidar like rangefinder to avoid obstacules using Bendy Ruler.

For these reason I put aluminum tape on the GPS and Tfmini S sensor cables to avoid magnetic interference. Nevertheless, now the GPS Glitch message in Mission Planner appears less frequently and does so as soon as I turn on the drone, the drone performs the flight that I program but it continues to have abnormal behavior and the logs gives the same magnetic field error and GPS glitch error: 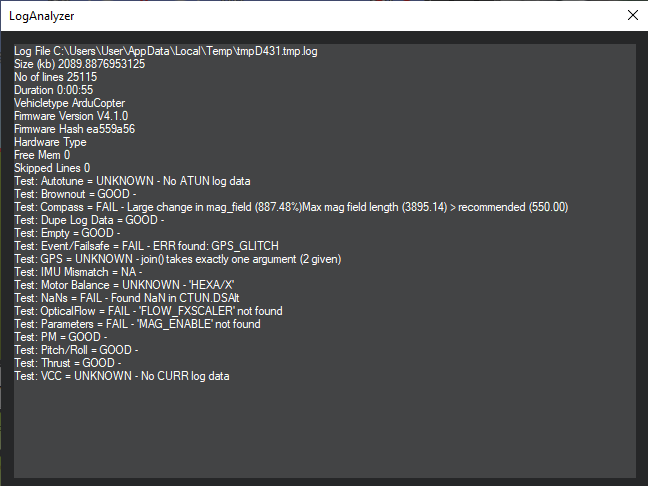 I do not know if there is an additional problem in the log that I am not seeing.
Attached photos of the drone: 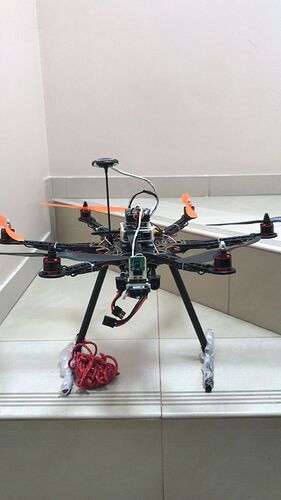 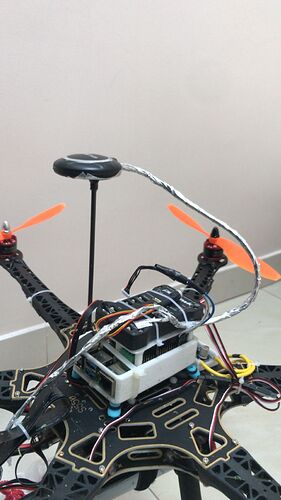 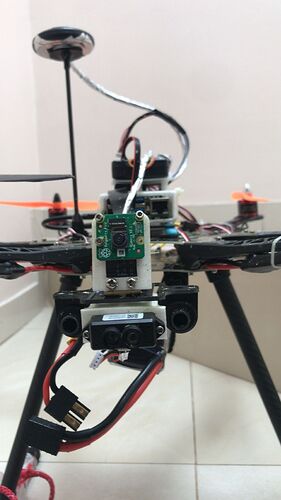 Did you add the camera at same time as the tfmini? Raspberry camera is a big rf noise generator.

Tfmini are making interference in the GPS frequency band, hence it require shielding if you cannot get the GPS receiver far enough.

Best is to use copper tape and wrap around unit and cover back and connector. I used a single side pcb on the POC

Avoidance experiments with the new POC and Benewake TFmini-S Blog

[image] A few month ago, I wrote about setting up an avoidance system using affordable 12 Meter Indoor and 6 Meter Outdoor Time of Flight (ToF) rangefinder made by Benewake : the TFMINI. At the time, there was only the serial version available, and in order to add functionality , I used an Arduino to make it talk I2C. Based on this configuration, I decided to push the concept and constructed an avoidance system using up to 10 of these sensors, …

In general, it seems that component placing and shielding can be improved, increasing distances, such as placing the FC, supplies, etc, between the frame plates.

The Raspberry Pi should use heatsinks (not fans), and supplied from an ESC (built cable). If using some Raspberry Pi Zero, or the new 2 W, placing it away from other components would be easier.

You can try mumetal.

I have just seen you’re post with the 360° version and wanted to update here. Great!

Thank you very much for your advice, I put a copper PCB under the GPS module and behind the TFmini S lidar sensor and the problem was fixed.

Hello! Thanks for answering, I had already installed the camera on the drone before and I had no problems.
Which log analyzer do you recommend?
I think the power is fine because I use a 3S 5400 mAH 50C lipo battery

It’s a shame that in my country, Ecuador, they don’t sell that material (Mumetal). However, it was helpful for me to use copper PCB. Thanks for comment.

I also had problems with a stable GPS performance and GPS glitches in a small quad, where MatekH743, M9N, compass, SIK-Radio and FrSky R-XSR with active Yaapu telemetry and TFmini are very close together. I tried a lot but did not think that the TFmini could be the reason. I just took a piece of aluminium foil, isolated it both sides with clear tape, and put it blow the GPS and separated the TFmini with it.
I think in my case this helped a lot. But sometimes I still have issues with GPS glitch, where the number of sats of the M9N suddenly goes down from stable 25-30 to almost 0 and goes up to stable 25-30 again some seconds afterwards.
But it can also be just coincidence. Electromagnetic interferences are quite difficult to detect and eliminate for a hobbyist. For me it is just try and error.

Thanks for your contribution, I also have problems sometimes with the GPS but using the copper PBC they were reduced by 90%.