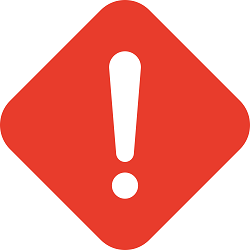 A critical issue has been discovered with the FrSky SPort Passthrough telemetry feature (i.e. SERIALx_PROTOCOL = 10) in Copter-4.0.0, Plane-4.0.2 (or 4.0.0 or 4.0.1) and Rover-4.0.0 which can lead to an in-air lockup and crash. The issue is a race condition meaning that while apparently rare it is difficult to say when it might occur.

This issue only affects FrSky SPort Passthrough telemetry users who are on ArduPilot’s 4.0.x releases. This does not affect Copter-3.6.x, Plane-3.9.x or Rover-3.5.x users.

We strongly recommend 4.0.x users disable the FrSky SPort Passthrough telemetry feature by changing the SERIALx_PROTOCOL parameter from “10” to “0” until a fix is released.

Thanks for your patience and support!

Copter-4.0.1 has been released which resolves the issue mentioned this this blog post. We strongly recommend that any Copter-4.0.0 users upgrade.

As always thanks to our beta testers for putting this new version through it’s paces before the released, thanks!

Does this new feature mean that we can connect directly from telemetry port to s.port on Frsky reciver ??

I’m not actually an expert on this feature but the wiki page is here and I think maybe if you’ve got an autopilot with an F7 or H7 CPU then the inverter is not required. “F7” and “H7” CPUs are becoming increasingly common. I think the Pixhawk4 is an example of an “F7” and the “H7” familiy includes all the high powered autopilots like the Holybro Durandal, CubeOrange and other new boards from CUAV, mRo, and others.