Copter-4.3.3-rc1 has been released for beta testing and can be installed using MP or QGC’s “beta firmwares” link or it can be manually downloaded from firmware.ardupilot.org.

The changes vs 4.3.2 are in the ReleaseNotes and copied below.

The most critical fix is “4d) Null pointer checks avoid watchdog when out of memory” although we are not aware of any user crashes caused by this. This problem is more likely to occur on boards with less memory (e.g. F4, F7 CPUs) and the vehicle would suddenly tumble and crash when a feature requiring more memory was invoked. A watchdog warning would also appear the next time the board was booted up.

There are also many takeoff and position controller improvements including the ability to handle boards running low on CPU (e.g. main loop is running below 400hz).

Thanks in advance for any testing and feedback!

Installed today on my 250 ish gram quad no issues during setup, So far flying well… 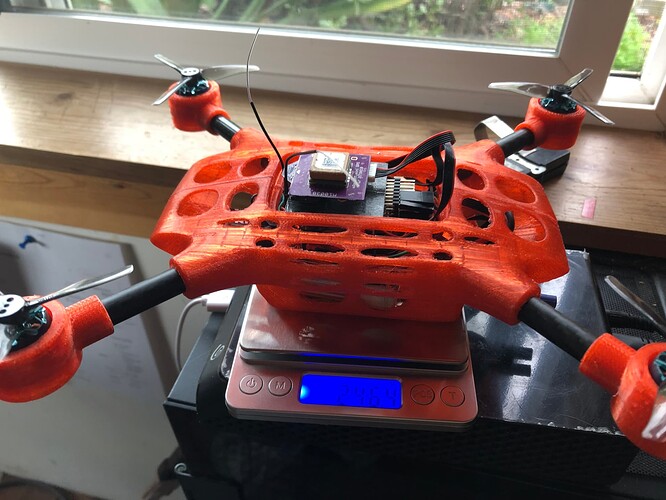 Upgraded an old quad that was on 4.1.something. EKF3 would like a different tune PID-wise, as it overshoots a bit on starts and stops.

Be aware that in testing 4l (barometer drift before takeoff), I have confirmed that the problem is still present in 4.3.3-rc1. While not consistent, allowing the aircraft to sit for an arbitrary amount of time (in testing, typically 4-5 minutes) while in AUTO (but not armed) and then commanding a takeoff by arming (without switching flight modes) can result in navigation starting immediately after motor spoolup, typically leading to dynamic rollover. Note that the GCS altimeter does not display drift sufficient to produce the observed behavior (i.e. +3 ft., just before arming, but a 10 ft. target takeoff height - one would still expect a 7 ft. climb before heading for the next waypoint.) 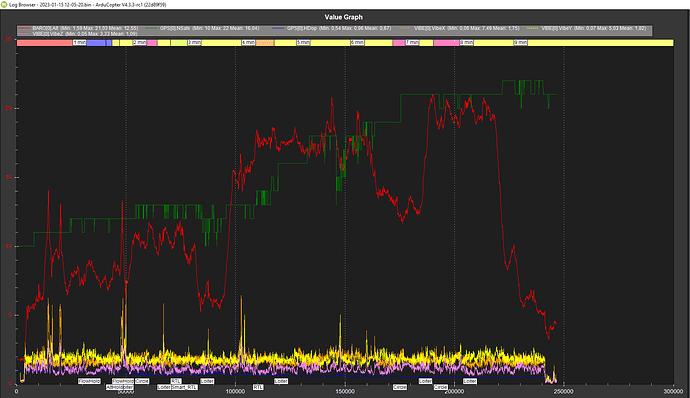 OK, thanks for the report. I think Leonard Hall is on top of this one…

Hi all the fantastic people of Ardupilot. today I tested my 250 gram quad and have noticed that auto Disarm is not working after a landing. I also noticed right stick arming feels off.

Note: I talked to Andrew and he said arming right rudder was ok. So I think i will move to 4.3.3-Rc3.

Thanks for the report. There haven’t been any changes in the code related to the land detector and auto disarm so I think the issue must be environmental. The only other thing to be careful of is if you’re arming from a switch. I think the RC auxiliary switch options including “AirMode” may disable the landing detector.

Hi Randy,
This reminded me…

Where can I check that the conversion process for firmware upgrade?
I just checked through some logs and RC7_OPTION,41 changed to 154 and I had to set it back to 153 after the firmware upgrade.

Hi Randy, Uploaded curent ArduCopter V4.3.3-rc1 (22d89f59) still does not auto disarm. I have the quads twin and will try to reproduce. The quad just sits and spins after a flight.
Sorry ArduCopter V4.4.0-dev (ccd700a9)

OK, I don’t want to create work for you but if you could fly it with the beta and then again with an older firmware (4.3.2 stable or even 4.2) and provide logs for both that might help us figure out the difference.

There really shouldn’t be a difference though…

Will do… If no one else is having a issue I can look at the FC.

Ok tested it one more time and it’s working now i think it could be the copter was not level at the landing.

Sorry, for the slow reply.

It looks like the parameter conversion for “41” (aka “ArmDisarm”) is done as a special case here and it’s perhaps run every time the vehicle is powered on.

It looks like @iampete is the one who knows about this.

Hi All,
I think I may have a log of a file that crashed due to this issue mentioned (however I was running an H7 CPU)

Attached are the logs of the crash and post-crash. (version 4.3.2)

For those following, and notice their Arming channel option changed from 41 (ArmDisarm) to 154 (ArmDisarm with AirMode) during firmware upgrade…

I believe @iampete has explained to me that this is to preserve previous (undocumented) behaviour.

You can manually set your arming channel option to 153 , but having it at 154 shouldnt make any difference unless you use Acro mode (or maybe zero throttle in Stabilise mode)