Copter-3.6.2-rc4 is available for beta testing

Copter-3.6.2-rc4 has been released for beta testing and is available from the ground stations’ Beta Firmware links. The list of changes vs -rc3 are in the ReleaseNotes and also copied below.

It’s been surprisingly difficult to get the Benewake driver just right but I’m pretty confident we’ve got it right now thanks to help from @ppoirier, @RainFly and a few others, thanks!

Any testing you all can do is greatly appreciated. If all goes well this version will go out as the official version within a few days.

Couldn’t find rc4 from Mission planner beta but rc3 was there.
No update on the strange behaviour on reset but an external reset switch DS1223 which reboot 150 mS after power is present does the trick. 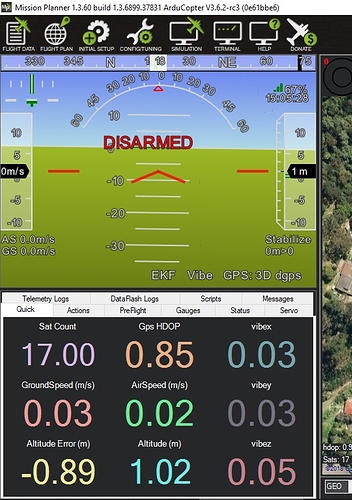 This release doesn’t include any changes to the SD card issues that some are facing. I think Tridge and Peter Barker do still have that high on their to-do list but the investigation is waiting for some hardware to arrive.

3.6.0-rc4 is available through the ground stations now