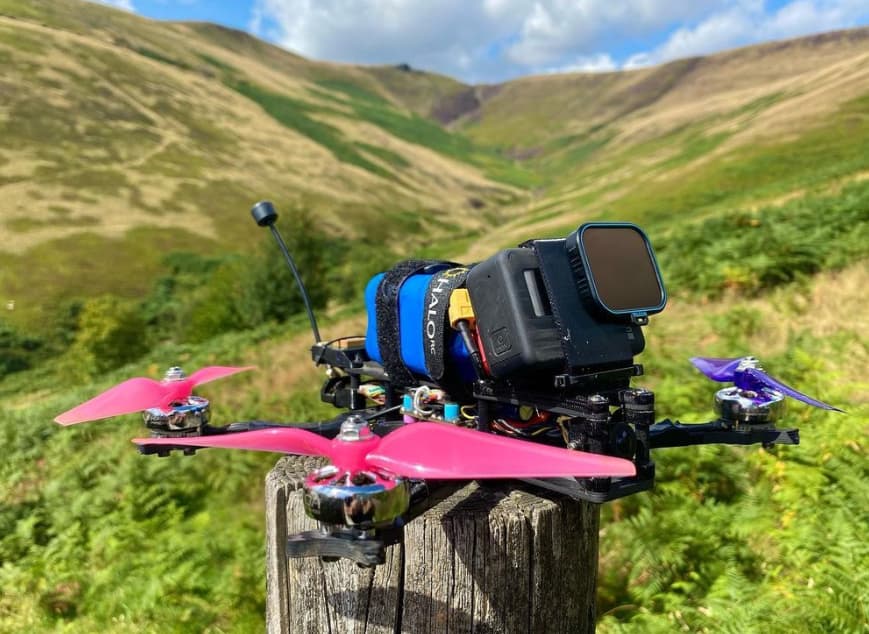 Well, here’s a middle child between the 7" standard build and the 5" standard build - a mid-weight, mid-range copter capable of some respectable aerobatics with good range and Arducopter bells and whistle.

My goal was to have a reliable cruiser/adventure copter that I can take on holiday and get nice GoPro footage. IMHO a 6" copter is the smallest size that can carry a GoPro and cruise efficiently, and I think a lightly built 5" LR quad would struggle. A 7" on the other hand, is quite large and heavy to carry for travel. I’m a pretty experienced FPV pilot and fly acro often with Betaflight. Having dealt with Ardupilot at work, I set it upon myself to see if I can build and tune an Arducopter that flies on par with Betaflight/INAV birds in acro mode, but with autonomous capabilities and rock-solid RTL

I express a lot of gratitude to @andyp1per for how well put together the 5" and 7" build and tuning guides are. If you haven’t read it already, watch through all the Chimera videos! The tuning process for this aircraft was pretty much exactly the same as the Chimera, with the dynamic notch filters based on bidirectional DShot being the cornerstone to good performance.

Good endurance and acro was enabled by the light and stiff 6" frame, combined with homemade 4S1P 21700 Li-ion packs. I used Molicel P42As, which have a very respectable continuous discharge rating of 40A. Rumours have it that they can burst up to 80A but I’d rather not find out the limit the hard way by popping a cell.

Bill of Materials
This quad was cobbled together from semi-used bits lying around so nothing special apart from the frame. 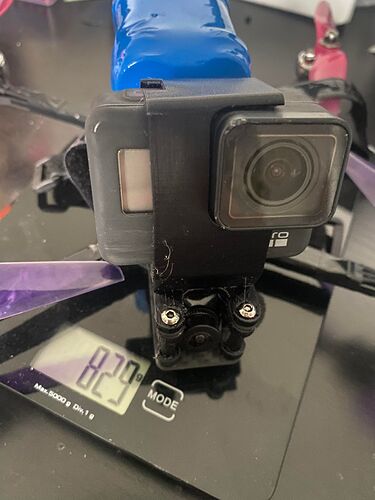 ecalc predic1304×596 98.4 KB
It goes without saying that I’ll cook the P42As if I do very aggressive, throttle intensive maneuvers but with a hover current of ~14A, I should have enough headroom for cruising.

Flight testing and footage
The exhaustive tuning was worth it! Will append with some DVR footage when I get around to it. 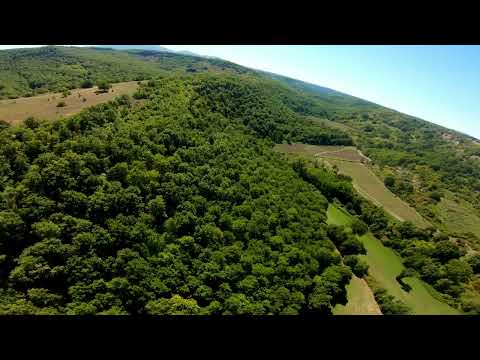 It seems that eCalc underestimated the performance a bit. Cruising at about 70-80km/h I can get around 12 minutes of flight time, landing at 3V/cell. With a light touch of the throttle, drawing about 10 amps at 30km/h, I’ve endurance tested it to 19 and a half minutes landing at 2.5V/cell, and I think I can comfortably break the 20 minute barrier if I just hover in place. Not bad at all.

Param dump
osiris params.param (18.5 KB)
Unfortunately the logs are on the large size, but happy to share if anyone wants a peeek.

If I still have your attention, thank you for making it this far. I am overall extremely happy with how this aircraft performs. I estimate that the acro performance is about 80% as good as Betaflight’s, and for slower flying the difference is almost imperceptible. I can do a good few FPV tricks with this aircraft, and the only things I need to improve are a higher yaw rate and better prop wash handling. I welcome feedback on my tune, and I’m happy to clarify any steps I may have missed in this short writeup.

I can fly a few laps, put her into loiter, and give my goggles and radio to a friend for them to continue the flight. It’s pretty cool to instantly switch from aggresive acro to DJI-like position holding, and even in 20mph+ winds she loiters like a rock. Return to home is excellent and she lands on a dime right where I took off.

Granted the tuning process is long-winded compared to how fast it is to get up and running with Betaflight, INAV etc, but Ardupilot’s loiter and return-to-land functionalities are superior to either of those solutions. More of you should build FPV Arducopters! 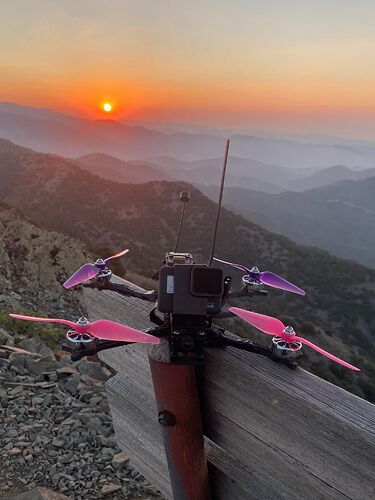