Hello dear community,
a couple of years ago I started with a baitboat with an old sonar that we had and a Leica GPS for mapping lakes.
Since then the boat got bigger. We use a bathycat. I installed a cube orange, Ardusimple f9p GPS and a hummingbird helix 5. The sonar communicates via ttl-rs232 through nmea0183 from the sonar controller with the FC. Depth appears on gcs and mapping works like a charm.
The helix 5 has sidescan that is sometimes needed. So I connected a ttl-rs232 from the cube out to feed the helix with rtk fixed coordinates. This works as well.
I am trying to get the most out of the boat live at the field. So here is my question.
I tried to feed the mission planner nmea out (GPS and depth) option to reefmaster via com2com to get a visualization on the gcs when mapping. It can’t get it to work.
Did someone got it to work?Is there a option or something to get in mission planners map to visualize the points with the depth reading? 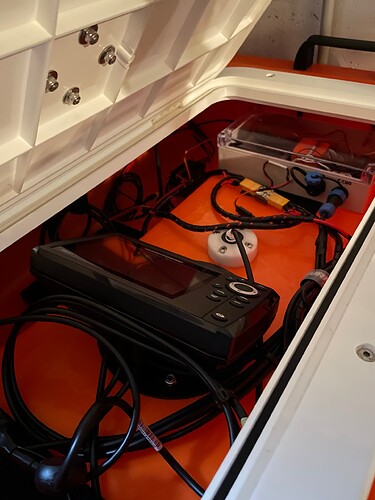 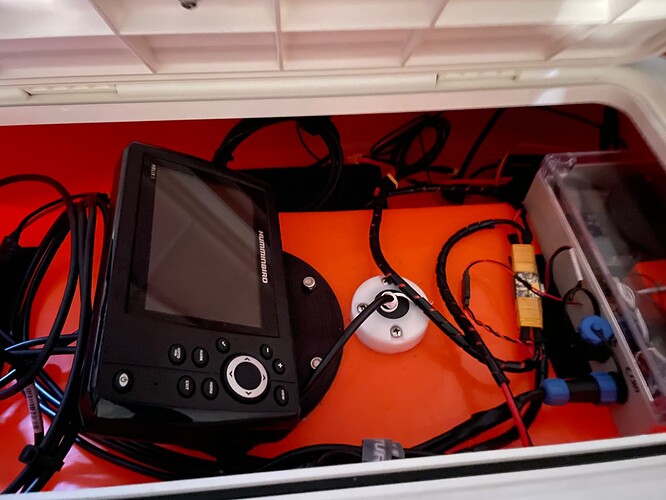 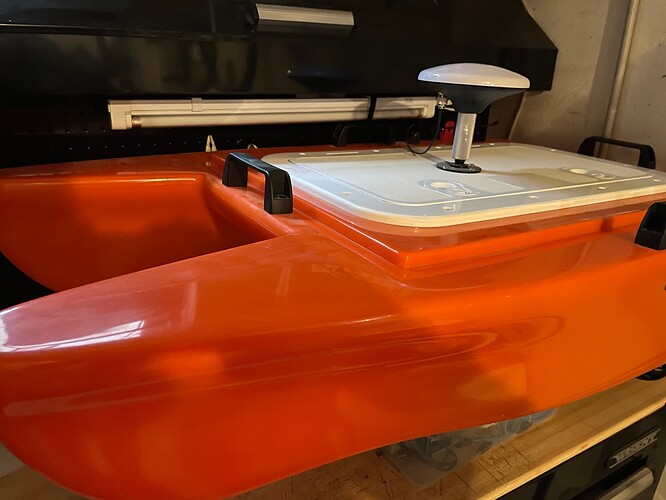 I have not managed to get live depth data appearing in ReefMaster. I think there are two problems:

Thank you @rmackay9,
just wasn’t sure if I do something wrong.
Are there any plans to get depth as well as a sentence in the nmea out?

P.S: Your post helped me a lot to get this boat running. Thank you for all the advices. The only thing that is a hurdle to me is tuning. But I will manage… I think.

you should look at this thread, there should be some useful information there.
https://discuss.ardupilot.org/t/navigation-charts-for-boat/81396/36

mission planner would have to be changed here to add nmea messages.

Thank you @geofrancis,
I did see this post. But usually I close my eyes when I see code…

. It just not for me. I’m the soldering type of guy.
Thank you for you time. Maybe I will try this if I understand it. I think there is no way around it.

yeah im not a software person either, I know where it needs changed but I don’t know how to change it lol

Looks like @geofrancis has replied. I’ll just add that I don’t know of specific plans to enhance MP’s NMEA output but I still think it will happen eventually I just can’t say when.

i created an issue for it a while ago.

Currently mission planner can only output NMEA GPS data but what would be very u…seful would be the ability for it to output other NMEA type sensors like: Rangefinder/depth sounder Temperature Water speed Wind speed and direction AIS it would let mission planner interface with marine equipment much easier, All of this is available in mission planner so it would just need converted to NMEA. https://discuss.ardupilot.org/t/navigation-charts-for-boat/81396/14?u=geofrancis

@rmackay9
The output of more information via NMEA would greatly help for navigation. You can use real nautical charts, I wrote about this earlier. It would also be great if we added support for the NMEA compass.
@Vassili_Siskos Use OpenCPN and PyPilotI! have been using it for a long time for bathymetry with Furuno equipment(Compas, GPS, Echosouder, AIS, Satellite compas). Full support for Signal K, NMEA 2000, NMEA 0183. Reefmaster for creating maps is the same toy as Ardupilot, they are good for hobbies and playing around. For maps, it is better to use something like Hypack.I’ve been using it for several years

@McKey
thanks for the software advices. I will look into them. I use reefmaster just to get a quick visual of the mapped area on site. So I thought it would be nice to have the live addition without exporting the log of the FC. For the depth and volume calculations I use a surveying software.

I know what you’re looking for : ) My setup is completely different, but the concept will be the same. Currently, my sonar communicates with the computer via wifi and my RTK corrections come in on Bluetooth 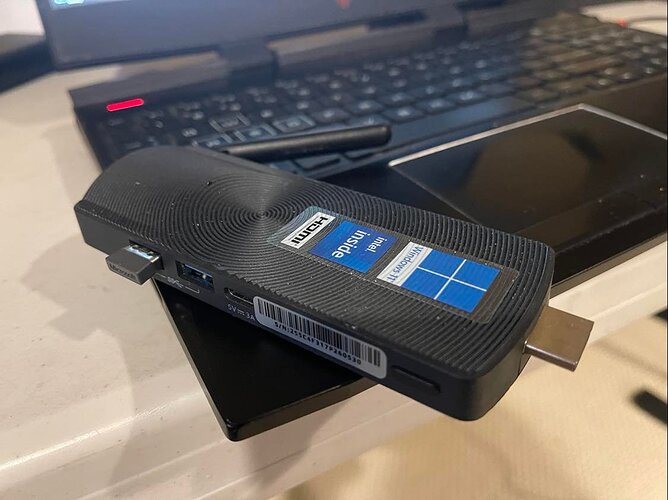 Reefmaster for creating maps is the same toy as Ardupilot, they are good for hobbies and playing around. For maps, it is better to use something like Hypack.I’ve been using it for several years

Have you used Hypack’s Mavlink plugin? It can apparently directly upload/download missions, adjust speed, update speed etc. while a mission is running. So in that mode you can directly use the surveying software as your GCS while running a mission.

No, I use marine autopilot for bathymetry. ArduPilot is just a hobby toy.