I did my first hover test with a mini-talon quadplane today. It “almost” worked. The plane lifted off, but had wild oscillations in motor speed and jerked around madly. With some luck, I managed to return to the ground gently enough to avoid damage, so I will call the flight a success.

Despite my optimistic portrayal of the results, something is very wrong. My first thought is that one of the motors is damaged. However, the RC out values for the motors (on channels 5 thru 8) show a strange pattern that seems to indicate this is a control issue. Full log is at https://drive.google.com/open?id=1YQ877feqNZcD1nBF4-S7Y7tFwlxy-vsH.

In both of the events that spun the motors, there’s a persistent behavior where two of the four channels go high, then low at ~ a 7Hz rate. The other two channels do the opposite. The average of these outputs are in the ballpark of the correct output amount, but the rapid oscillations can’t be correct. Here’s a couple of seconds that include the takeoff: 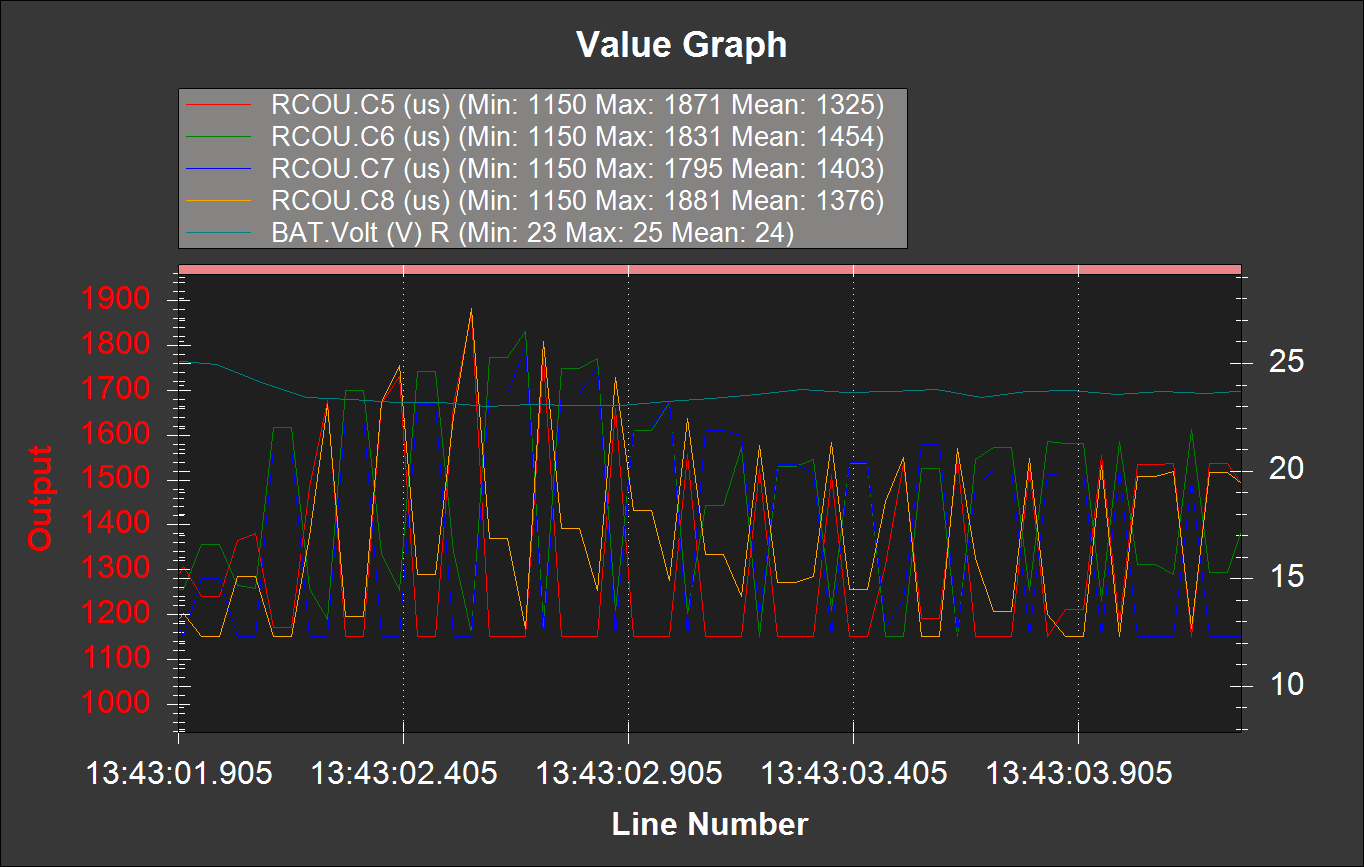 I am trying to fly w/o installing the wings. Plus, the front to rear difference for the motors is almost twice the distance of the side to side distance. So I imagine that the roll axis is much quicker to react than the pitch axis. I have not modified and of the stock PIDs (unless I did so inadvertently)

Any thoughts about what I need to look at?

Vibration level seems in check (at the place where the instructions say to check them). Here’s a plot of the entire10 seconds of flight. None of the levels exceed 4.8 prior to the admittedly rough “landing”: 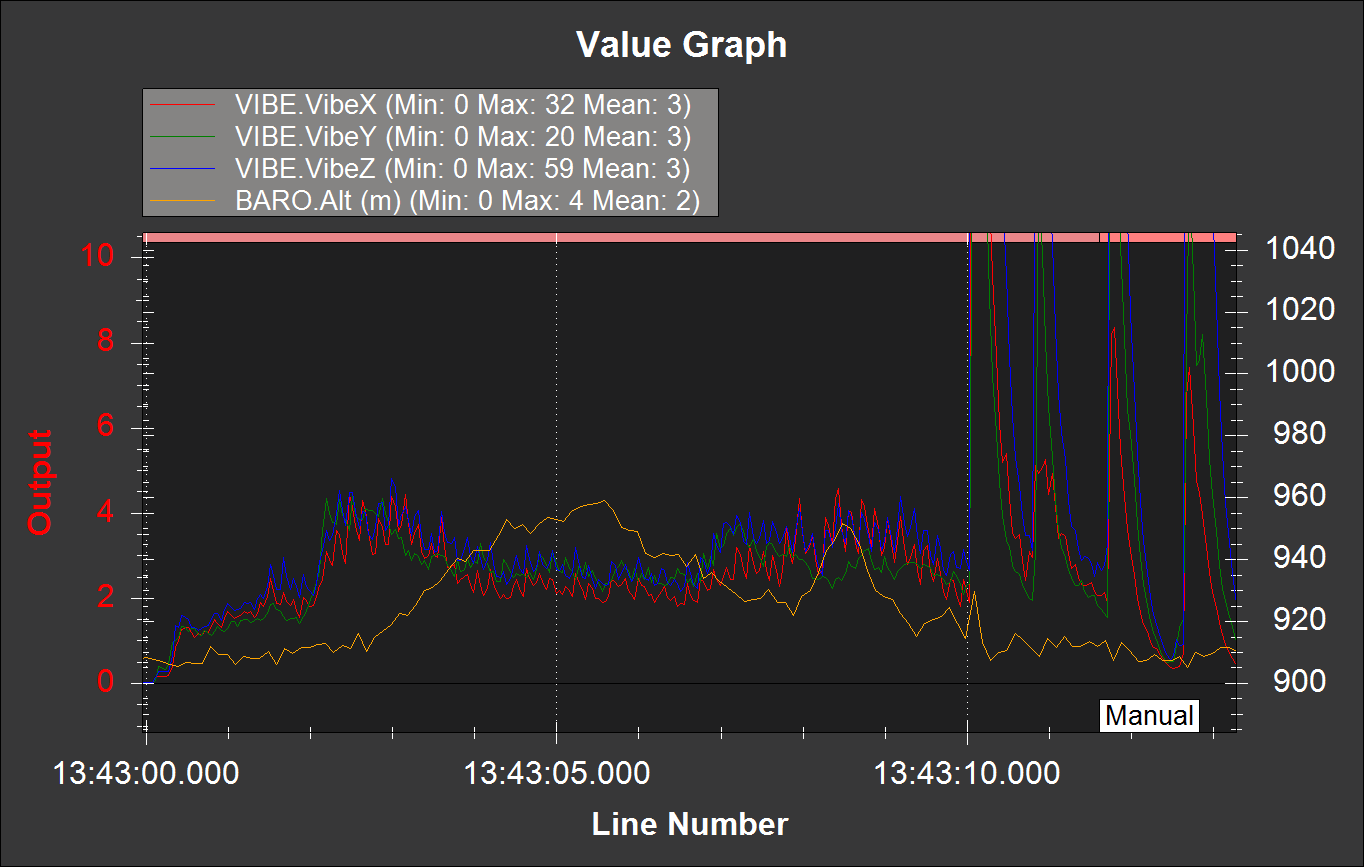 However, the IMU values for GyrX and AccY seem to have a significantly large ~7hz component. AccZ has got the same, but at a lower amplitude. 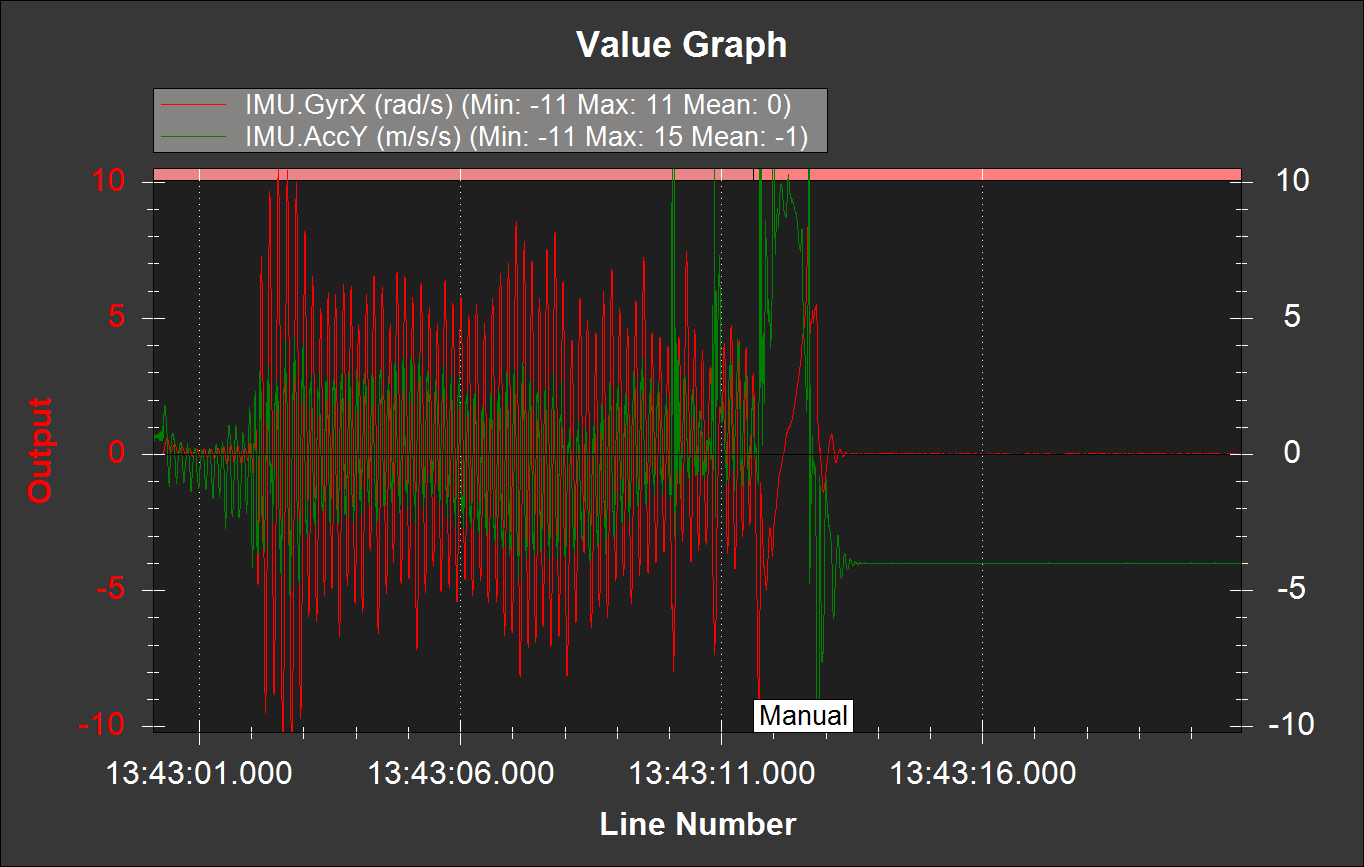 After thinking about my posts (above), I thought it would be a worthwhile experiment to install the wings and slow down the roll axis.

It worked. Here’s the output to the motors during a short flight:

I think it’s fairly obvious from the experimental results that the PIDs are too far off when the wings aren’t there to slow down the roll axis reaction. But, it’s a quadplane, so I’ll just leave the wings on and move on.

You could also post in Mini Talon QuadPlane Conversion (cont.) for other issues.