The Nutball is an unusual subject for a quadplane in that the fans can be mounted within the shape of the airframe.

I test flew the plane just to see if it would still fly after cutting out the holes for the 6" props. Surprisingly it flew, so I am continuing with the project. 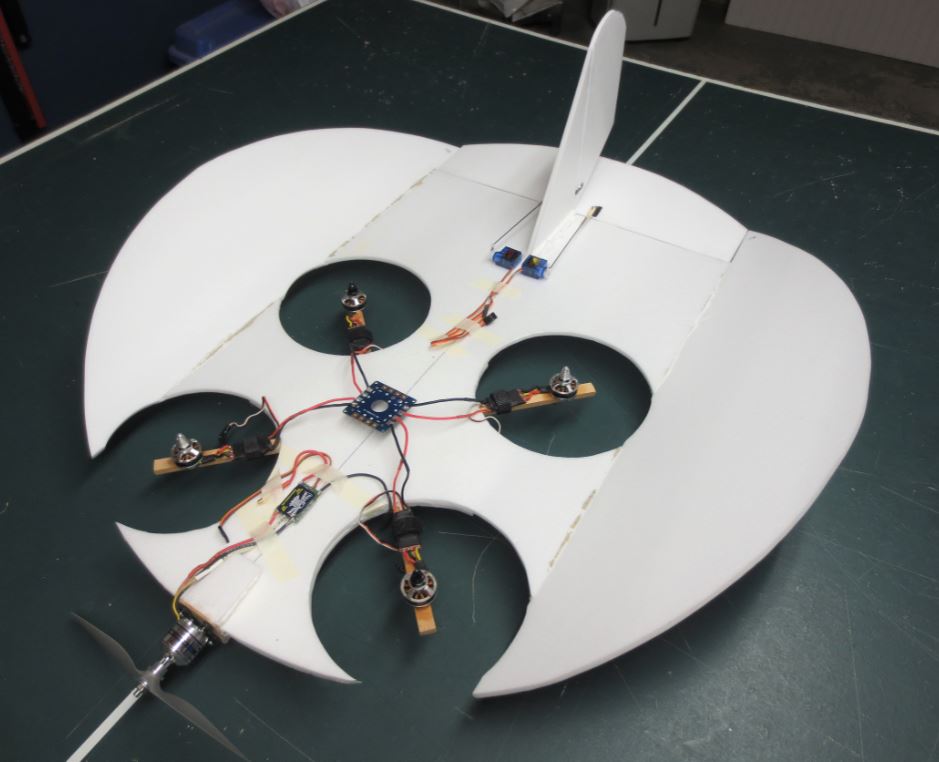 That is different! What is the thickness of the foam?

Hi Greg, I was hoping to get your attention.

Its bare foam from a company called Model Plane Foam (MPF) and it is 5mm - 6mm thick. Comes in roughly 24" x 48" sheets and is real good stuff. I laminated a double layer around the spruce “X” mounts for the quad motors. The overall circle is 30" in diameter.

This is the first time I will use the quadplane features, so I will go with default values. I plan to use QSTABILIZE for take off and landing, and either MANUAL or FBWA for forward flight.

Does the system automatically transition to and from forward flight by switching between QSTABILIZE and MANUAL or FBWA, or is there a “transition” command?

Even though I flew the plane and it performed satisfactorily despite the big holes in the lifting body, I’m thinking that with the added weight of the quad subsystem it may require “assisted mode” to stay aloft.

Does the system automatically transition to and from forward flight by switching between QSTABILIZE and MANUAL or FBWA, or is there a “transition” command?

It’s automatic and there are some safeguards built in to make sure that you are moving forward enough to drop the quad motors. A model this light might be able to be tested independently vertical and horizontal. I wonder what the AoA is when flying forward? It probably flies like a flat wing foamy that angles its way through the air. There is likely a parameter to determine an offset so that the flight controller knows where level is for hovering and then has an offset for forward flight.

Remember the old flying boats and 3D foamies with the flat wings? 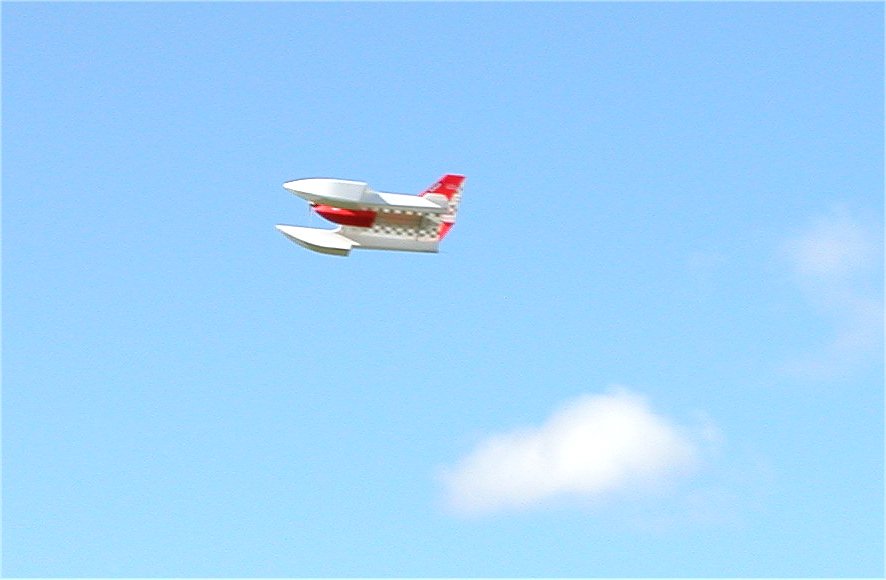 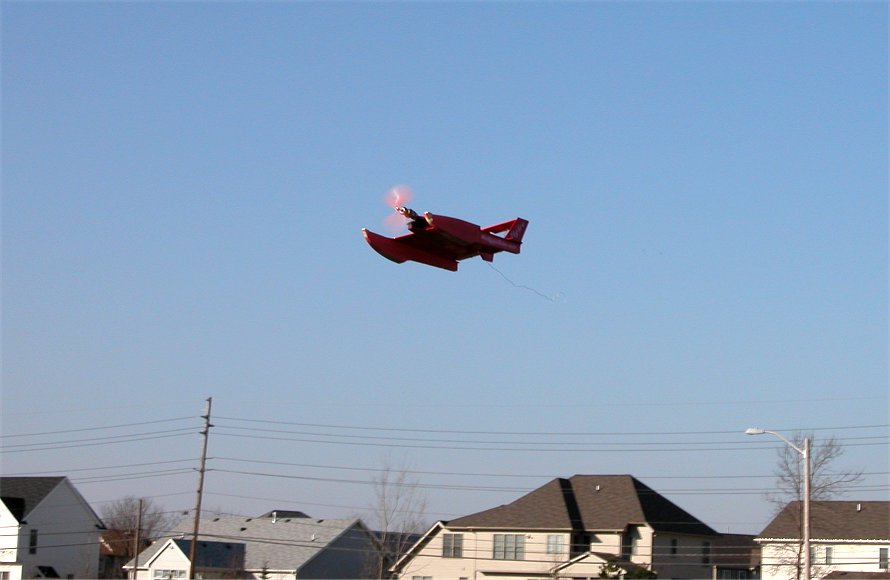 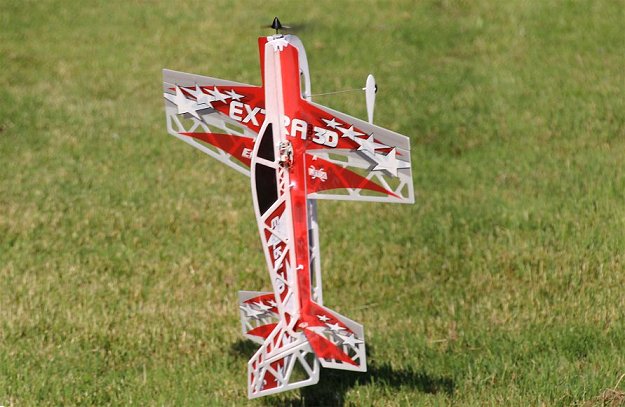 Great point about the angle of attack. I’ve heard of guys putting gyros in Nutballs and having to mount them tilted to account for a positive angle of attack when flying level. A Nutball excels at high alpha flight, but you can also push the nose down and fly fast at a low AoA.

But as you suggest a truly level setting for hovering and another “level” at a higher AoA for forward flight could enable a slower entry to forward flight. This may the the parameter:

I suppose if the transition to forward flight is long enough in time the airplane could build up more forward speed and not require as much AoA.

I just need to finish the thing and try it out.

I never had or flew one of those flying hydroplanes, but they are cool.

This may the the parameter:

Yes, that’s it! When using the SERVO_AUTO_TRIM feature and offsetting it with the Q_TRIM_PITCH, your plane will automatically “level” itself when flying forward. Most planes set Q_TRIM_PITCH to 0.

Is there a parameter to set the “amount” of assistance the quad fans will provide while in assisted mode?

I may want them to help a little, but not run so fast as when in vertical flight.

The Q_ASSIST_SPEED parameter is probably what you want. It keeps the plane at the same altitude if it slows down too much in forward flight.

Ok, cool, and thanks Greg.

Can Q_ASSIST_SPEED function without an airspeed sensor? I suppose I could set it at some artificially high speed so that it is always in effect. Anyway, I’m jumping ahead of myself because I need to see if it works hovering in Q_STABILIZE mode first.

If hovering works, then I’ll put the machine up real high and try switching to FBWA mode and see what it does (I reckon I need to be ready to switch back to Q_STABILIZE if something weird happens).

I think I have it all working on the bench. When I arm in Q_STABILIZE mode, the quad motors go to MOT_SPIN_ARM, and then react to throttle commands as usual.

When I switch to FWBA (after being in Q_STABILIZE), the forward motor comes on and the quad motors remain on. This must be because it thinks it is at the beginning of the transition to forward flight.

So much stuff to stow, which in the case of the Nutball means tape or velcro to the top. 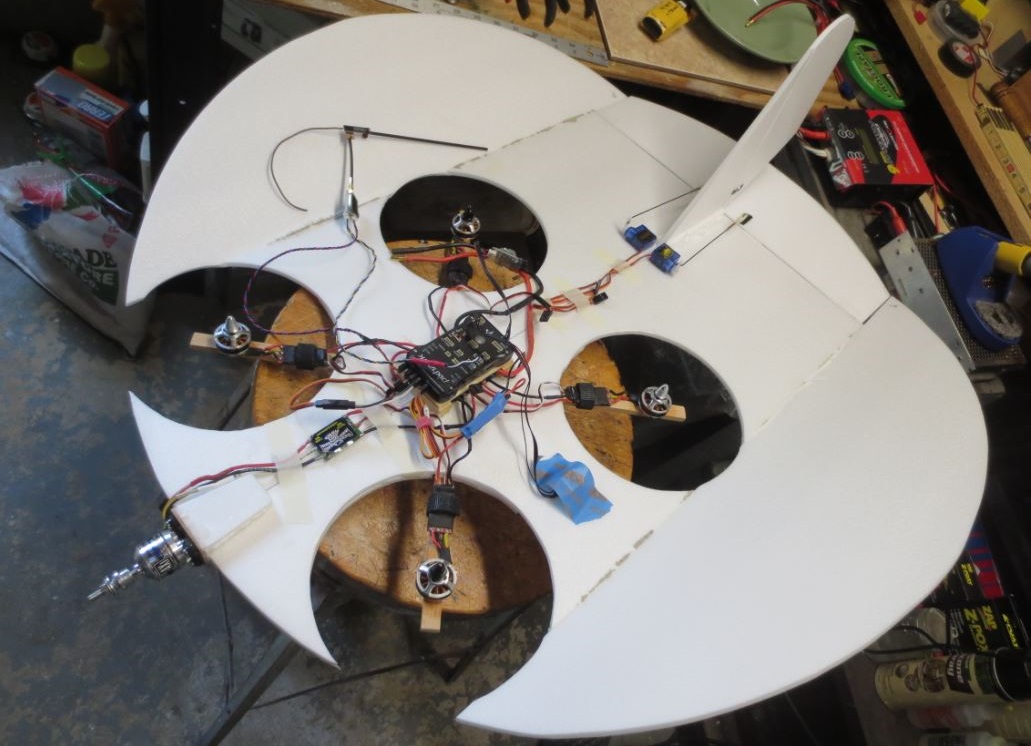 Can Q_ASSIST_SPEED function without an airspeed sensor?

Yes, it can use GPS ground speed. On calm days, which is when you will likely fly this model, the ground speed and air speed will be similar.

This must be because it thinks it is at the beginning of the transition to forward flight.

Correct. We typically don’t bench test the transition while armed.

So much stuff to stow, which in the case of the Nutball means tape or velcro to the top.

Once it is working, you can build a foam canopy over the Pixhawk. Good luck!

Ok, brilliant. Next entry should be some kind of flight test result.

Performed a hover test with power on to check the controls. In Q_STABILIZE mode, both pitch and roll from RC controls were reversed. I could not tell if Q_STABILIZE was stabilizing on the right direction but I’ll do that next once I get the RC controls sorted.

The motors are plugged into the correct channels as per the quadplane documentation:

I also tried reversing both the RCn and SERVO_n parameters with no effect.

Can you suggest what I may be missing?

UPDATE: I figured it out - I have the Pixhawk mounted backwards! I’ll either move it or change its orientation by 180 degrees. Sheesh…

I changed the orientation of the flight controller by 180 degrees and re-calibrated the accelerometers.

Then the first hover test was successful. Next I’ll go out to a big field, climb really high and try transitioning to forward flight.

Then the first hover test was successful.

The VTOL Nutball did not work. After climbing to 75 feet I switched to FWBA mode and the machine pitched up and tumbled. I was able to recover by switching back to Q_STABILIZE mode. After a few similar attempts I landed.

Then I tried to fly it in manual mode. Again at 75 feet I switched to manual. The aircraft pitched down and would not respond to up elevator commands. In the final test of manual mode it crashed and sustained some damage in the nose area.

Being a simple foamy it would be easy to repair, however; I reckon that since it won’t fly forward in the manual flight mode it certainly will not work under flight controller control.

I also reckon that removing the wing area to accommodate the fans combined with the extra weight of the quad system made the plane unflyable.

Always a good learning process and you have the right attitude which is why you have fun. Is the Nutball a proven flyer without the VTOL conversion? I am not familiar with it.

Perhaps the quad system can be used on another conversion. My Wing Wing Z84 VTOL is a similarly small inexpensive foamie that I added the quad motors to. It flies great now after swapping out my ESCs with some Hobbywing XRotor 10A Mini ESCs. I think Henry got his version working as well. It’s not a slow flyer though.

The Nutball is very popular, proven foamy with probably the longest running thread ever in RCGroups.

I learned a lot about quadplanes with your help and I’m not done yet. Thanks,