Use Arduplane as EFIS in experimental or UL manned aviation

There was a thread some years ago, asking whether a Pixhawk could be used in a real airplane.

I can perfectly understand, why the feedback from the Ardupilot community was negative. But there is a big but. The guy asked to use the pixhawk as autopilot. But how about…

What do you guys think?

A bit of background
I am the developer of the GCS FlightZoomer (the one which looks like the cockpit of a real aircraft). Two times I was asked, to build a version, which would be suitable as EFIS (Electronic Flight Instrument System) for UL aircraft. My concerns, that were the same as yours in the linked thread, were answered by the reasons mentioned above.

What would the supposed system architecture look like?
Arduplane and the Pixhawk would play the role of a GPS+AHRS sensor box, e.g. like this AHRS module. Or the SP-X modules which are used in combination with a proprietory (and much more expensive!) EFIS system.

As the use case looks pretty compelling from my perspective (and could potentially be a large new opportunity for Ardupilot), I have started to answer one of the requests and am currently building a EFIS, which is fed with data from a Pixhawk.

To give an impression of the EFIS, here are two screenshots: 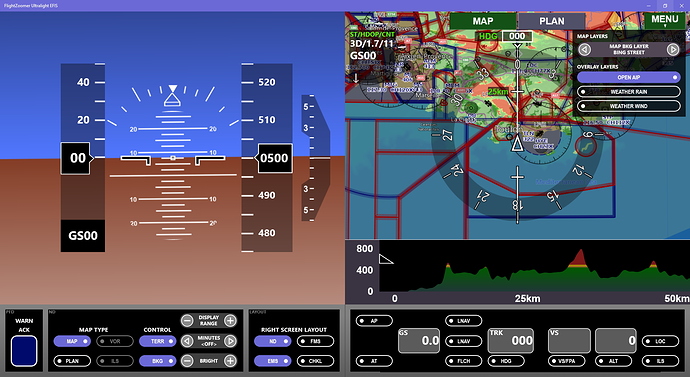 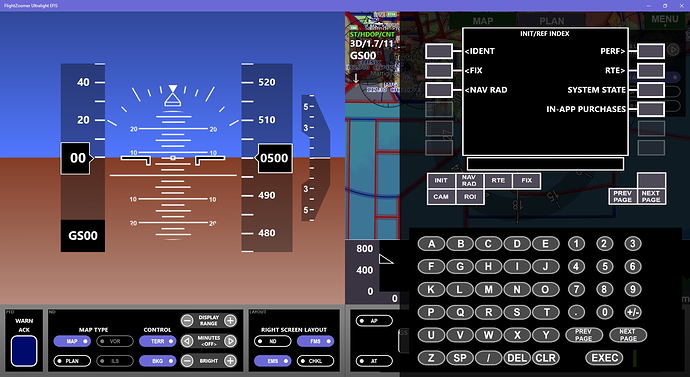 Just to give an impression and a short update about the ongoing development of my EFIS, here the Facebook post of my beta tester:

Hi,
I am at the beginning of same projet. EFIS with pixhawk… Can you share me your expérience and suggest ?

Hi,
In my EFIS, the Pixhawk will only serve as an excellent AHRS (providing sensor fusion and value conditioning). Compared to other EFIS systems for experimental aircraft, FlightZoomer EFIS will be very cost efficient.

Much cheaper than specialized EFIS + AHRS + EMS devices on one hand and much better than App-only based systems on the other hand. 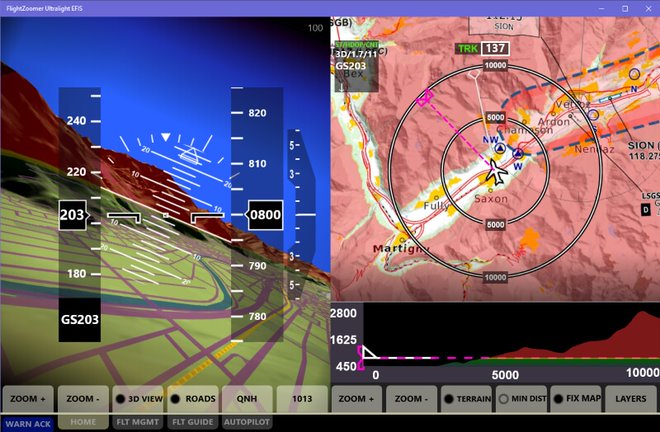 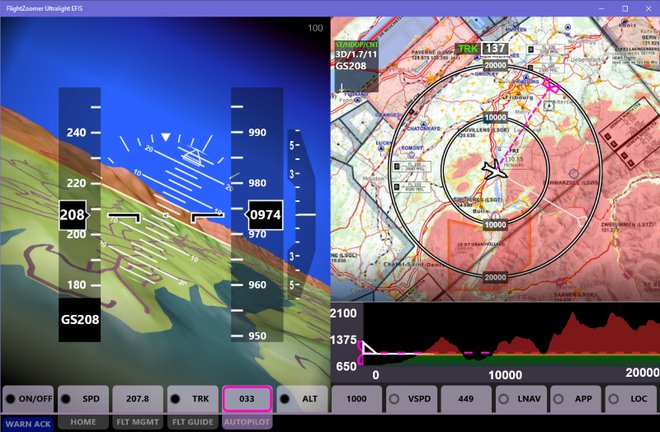 The FlightZoomer EFIS will have:

Very interesting.
Is there an update? - at least I could not find one.

Hi Daniel,
the system is in development and a prototype by my beta tester (see the facebook post above) is in testing phase. His aircraft is not yet finished. But he has built an i/o board meanwhile to connect all the engine sensors, which will provide EMS-like engine information on the right side of the screen: 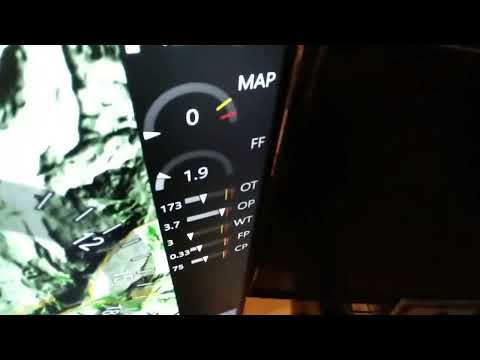 Besides that, some of the newer development is shown in these videos:

Control the entire GUI, including system startup+shutdown with a row of 12 buttons below the screen: 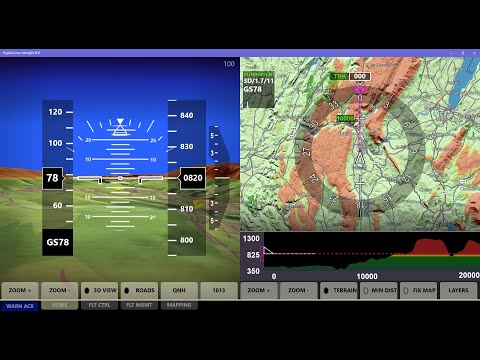 A very innovative (Flight Director-like) pilot guidance system, that provides the information to the pilot how to manually fly in order to follow a particluar flight path (this is not ArduPilot based and it is not an autopilot, like a Flight Director in a jet airliner it just provides hints to the pilot): 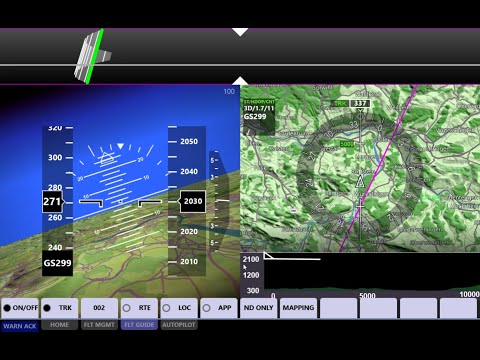