Basically as my title states, when entering loiter my 600 jumps drastically into the air and doesnt stop. I have to switch back to ACRO to retain control. I am not new to flying (almost 40 years) and I am not new to Arducopter but I AM new to using loiter and any flight mode other than ACRO. I normally ONLY fly in ACRO and have no issues doing so. Recently I have been teaching a friend how to fly CP helis using my 600 in hopes that when he gets into trouble he simply lets go of the controls and it will stop. The problem is that I cannot trust the loiter mode to hand off to him to test as when entering the mode it ascends into the clouds.

I really just need to know if its the barometer (barometric pressure), or GPS going haywire thats causing it so I can rule down the issues. Outside of this issue, my FC works flawlessly. I have them on both my TRex 600 and 700. If its the barometer, should I isolate it from the pounding blades? I have the unit opened (no top nor sides) to slide it into the gyro slot so the barometer sensor would be susceptible to the wind from the blades is my thinking. If so, how should I protect the pressure? I read about foam so anyone with ideas, let me know.

I cant attach log as its to big but I will pull out whatever is needed just let me know. 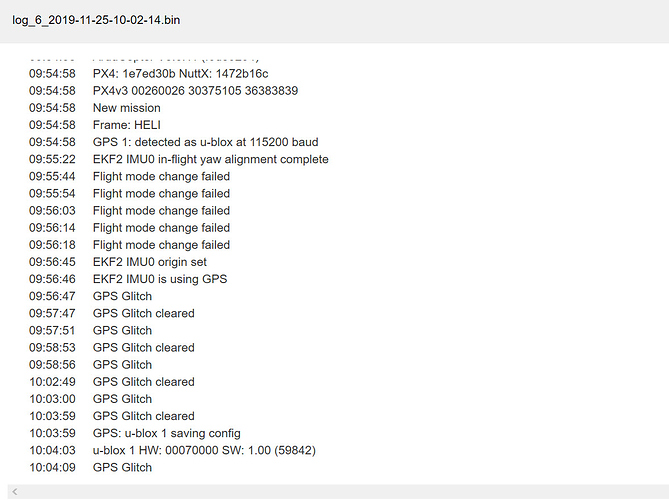 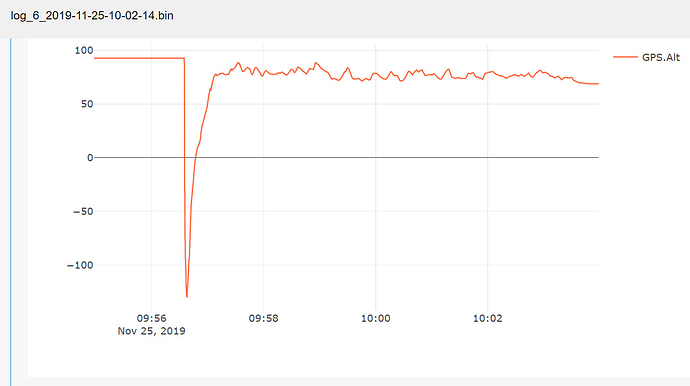 NOTE, I only use 1 running IMU so it doesnt flap between unhealthy IMU readings.

Usually when it does that is due to vibrations upsetting the accels. Check for vibration and clipping in your logs.

Thanks for the reply, for the most part, I have the vibes under control (under 20 for the majority of flight), it usually only changes during a flip, loop, or roll (other than takeoff and landing): 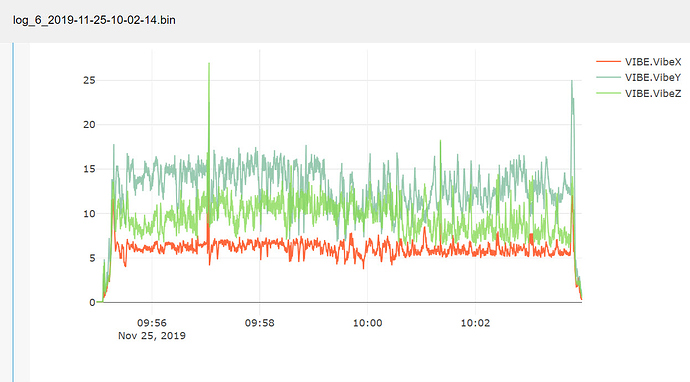 I read 60 is the cutoff for “absolute issues”, 30 is “maybe issues” and below is healthy. I am usually teetering at 20 or less (usually 15). If you think these are still high and may be the cause in drastic lift when enabling LOITER, let me know and I will see if I can get them even lower.

The vibe peaks and valleys in the log do not correlate to the mode change and increase in altitude (drastically increasing at a very high speed). Its quicker than even I can do with my fingers slamming the throttle (CP) all the way up, note that I DO use knob on channel 8 to control RPM/motor speed so for the most part, its constant at the same speed. I am guessing with the automated mode (LOITER) its also increasing the RPM speed at a very high rate with also increasing the positive pitch (CP). I say this because there is no way I could get that amount of lift, with the RPM’s I usually have set. I have slammed the CP on purpose to see how much lift it causes and its NOWHERE near the rate of increase in altitude that occurred so it has to also be affecting the motor speed with the positive pitch to lift.