I am running omnibus f4pro on V4.0.3. I have this message popped up during cruise in auto mode twice already, on two different plane and two different radio system. I am not running any telemetry nor groundstation. The only failsafe I have enabled is Throttle failsafe for loss RC link.

There were no other messages prior to, or after, this message appeared. Everything seemed to be working fine and I still had full control. No failsafe event was triggered. On the contrary, I was worried about failsafe not triggering in the event of actual RC link loss, so I turned back. On the way back, I turned off the transmitter just to see if “throttle failsafe off” is really off. Nope, still had the “Flight mode =11”, then when I turned the trasmitter back on, I got “Failsafe. Long event off: reason=3”. So at the end of the day, everything seemed to be working okay. Should I be worried or not. Is this message a false alarm?

Got this message again today when flying high overhead. Like before, absolutely no anomaly prior to and after this message. No RC link loss and everything is working fine. Several minutes later, I got an actual RC link loss. Here are the messages:

Why is throttle failsafe working if it is really off ? Secondly, why does the message “Throttle Failsafe OFF” appear very briefly during an actual failsafe event ?

Ever figure out why?

Thanks for the help!

I have the same problem today(another plane with r9slim+ Fport) it was really serious. I almost lost control and landed plane with the throttle on and off repidly. here is the Bin file

These aren’t random messages. It looks like you were getting actual failsafes. Your throttle value was dropping repeatedly to 875, well below your default 950 THR_FS_VALUE. Your flight controller was trying to tell you there was a problem, so proceeding with the flight may not have been the best decision.

The battery and current readouts are very jagged. I wonder if you’re having some kind of power issue to the receiver? I would look at the receiver, it’s wiring, and it’s power supply.

The receiver was fine. I have check it with multimeters.

The throttle failsafe is one of the means of triggering an RC lost link. Some receivers when they loose link will drop the throttle output signal below the normal ~950us. This will trigger the RC lost link. Other protocols such as s-bus will send “no pulses” and the FC recognizes that as a lost link.

I am using frsky r9slim+ with fport. is that sbus combined? can I set throttle failsafe to 875 below. as the plane will do RTL once the RC link is lost.

I set no pulses on the radio.

That still doesn’t solve the problem why the signal kept dropping so low. Changing the throttle failsafe to 875 doesn’t fix it. There’s still another issue there that needs to be addressed.

beside the receiver bad connection wiring. what else could be?

power supply is from uart of matek_F765wing. which others like gps has the power supply 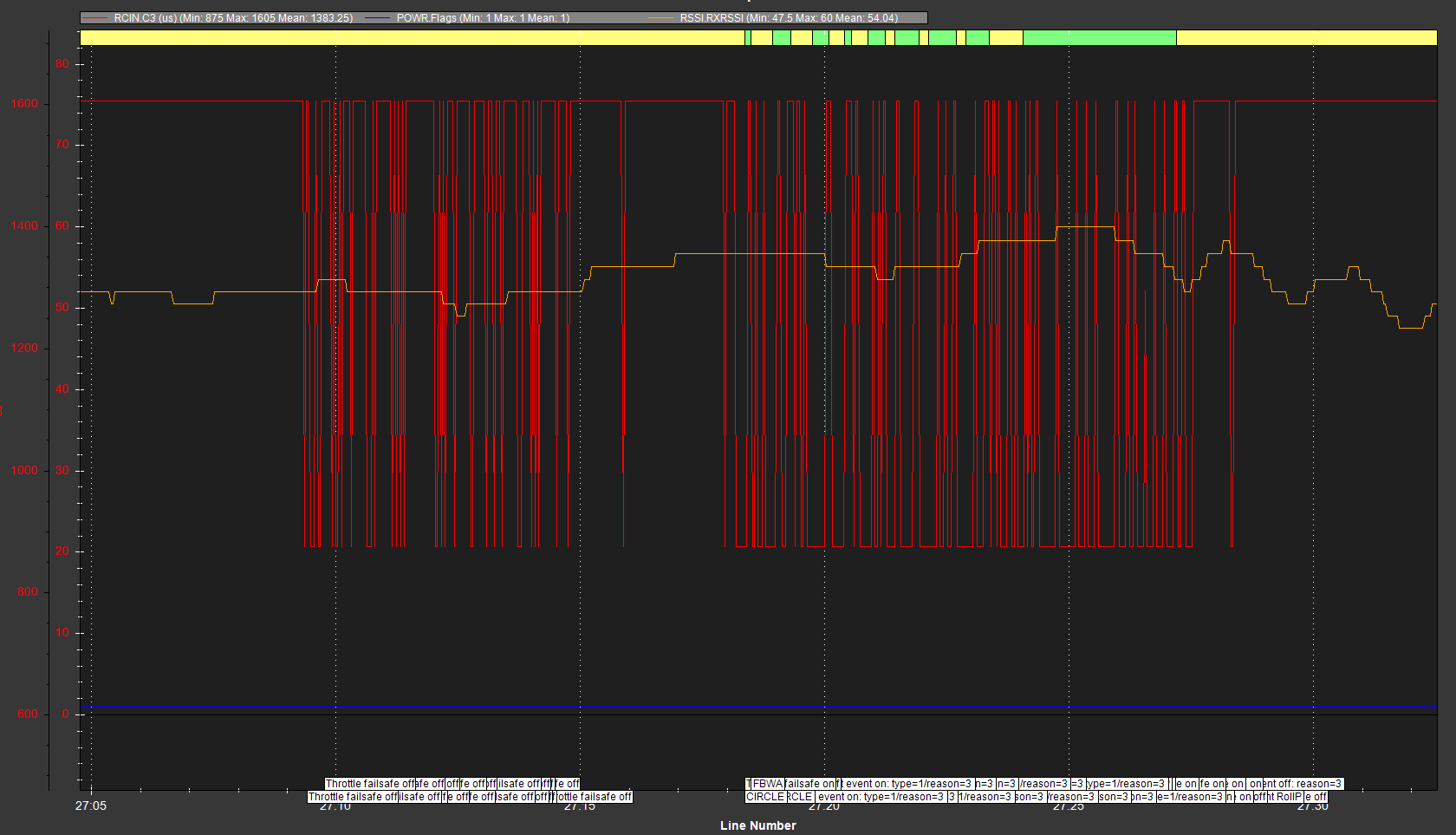 Why don’t you use Fport? Works well for me on a few R9MM OTA’s.

@xixijoe have same problem with FPORT.
I think this is bug with SBUS protocol. Decided move to expresslrs