These guys are using ArduCopter to build an Holonomic Hexacopter (OmniCopter) 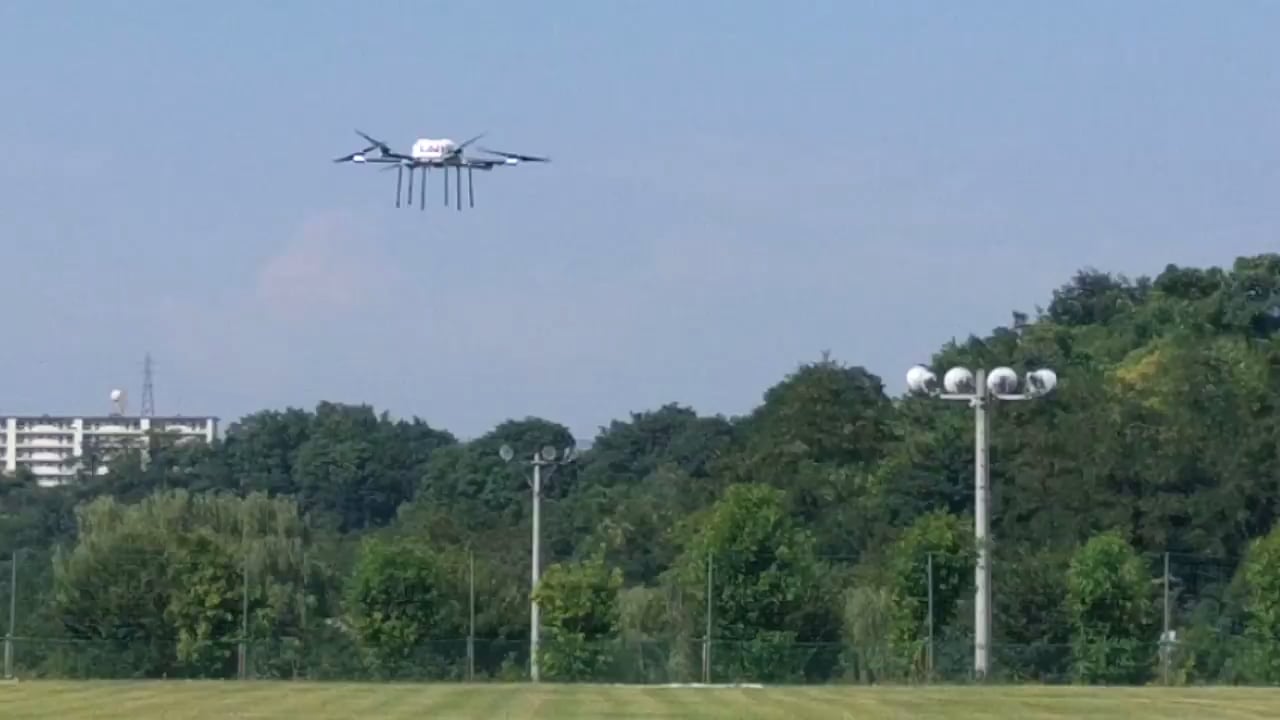 r/Multicopter - Me and my coworker developed an "omni-copter", it moves sideways...

They still have a few bugs to work out.
The goal is to build a copter that doesn’t tilt when it moves.

That’s cool! Thanks for sharing.

Yes, this post is from Yamaguchi-san at EAMS Lab (my main sponsor). There are actually two PRs (one from EAMS Lab and then an earlier PR from another group) to merge this feature into the main ArduPilot code. It’s tricky though because beyond the motors library changes (which both PRs include) we actually need to make a change in our position controllers so that we specify accelerations instead of lean angles and then we need to add a couple of PID controllers.

By the way the video is also on my YouTube channel here: https://www.youtube.com/watch?v=UR1KxYMujtQ and was blogged on ardupilot.org here.