Sudden change in altitude during flight

Hello
I set up a new 800-class quadcopter and flew.
However, during the flight, the aircraft rapidly increased and descended at will and repeated.
I executed an emergency motor stop and crashed the aircraft safely. I’d like to know why the aircraft showed weird symptoms. In my opinion, it might be a vibration problem or a GPS problem. What do you think of you? I will attach a log file.정보학교16인치.param (18.1 KB)

You need to send on-board flight log (.bin file in SD card) in order to get help.

Yes, you have a problem with vibrations, you have clips events and that means that your IMUs saturated.

The highes vibrations are in the Z axis, so maybe you have the air flow of the propellers colliding with the frame, or the arms are too much flexible. You can try with the dynamic harmonic notch filter https://ardupilot.org/copter/docs/common-imu-notch-filtering.html but I recommend you first try to solve the hardware problem and later apply the notch filter.

You were flying at a 1-meter altitude most of the time.
These altitude fluctuations not too much for this altitude.
Do some experiments at least 3-5 meters if you did not see any instabilities in yaw, pitch, and roll axes (I don’t see too much errors between desired and current states at these axes in the log that may lead to crash).
I think the vehicle has a reasonable flight to move forward to filtering and tuning.
Did you see anything other than altitude fluctuations during the flight?

Yes, you have a problem with vibrations, you have clips events and that means that your IMUs saturated.

There were not too much vibrations till the end, I believe those at the end will be caused by the sudden user input to gain altitude and then flight termination. 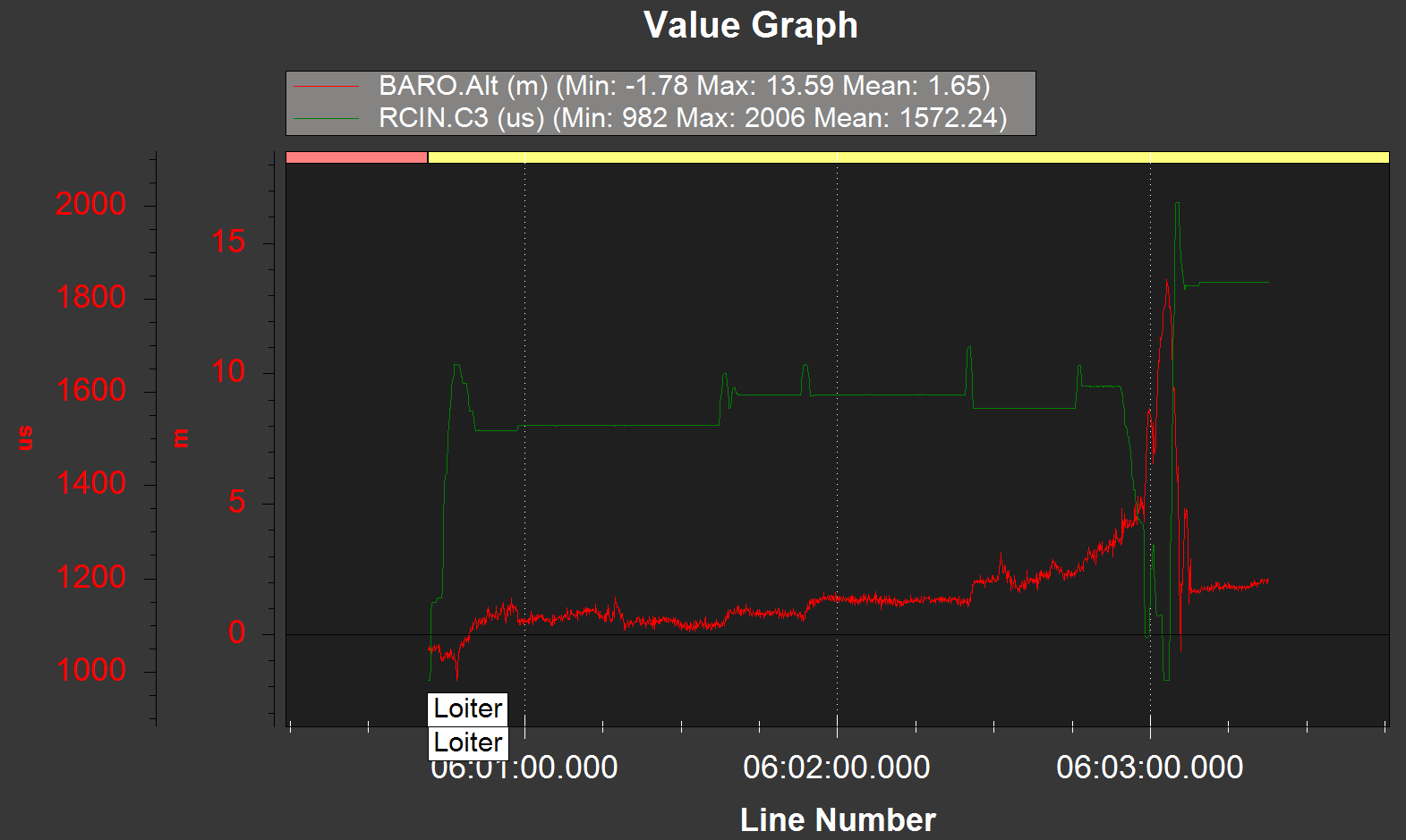 altvsrc31571×939 21.9 KB
I believe the flight was fine until the end, you panicked and give some undesired user input, the vehicle just followed what you give to it.
Filtering and afterward the tuning is a good idea because obviously your vehicle needs them but those are not really big issues in this flight.
1111145 (태훈 강) January 30, 2021, 11:53am #6