It’s got preinstalled t-motor 2205-2000kv motors with little 15a ESCs (except one that was DOA so I’ve temporarily replaced with an afro 20a) and it’s got loads of payload space so perfect for using for research/experiments. Except I can’t get it to fly properly - it oscillates badly on fast roll movements and so I can’t get it to autotune. I’ve used rate roll kp dial on ch6 to get it to as good a starting point as I can, and it flies pretty OK generally, except if you put large roll movements it starts to oscillate. Autotune in roll axis therefore doesn’t go very well. I know the vibrations are a little high - I’m trying different padding to try and improve it, but is there anything obvious you can see in the log that would be causing this?

Am I missing something? The guidelines for this forum section say to upload the bin logs, but it doesn’t allow you to do that…

Hmm should I be using H frame type instead of X? Would that explain oscillations?

Ok well through trial and error and reading Leonard’s excellent blog about tuning smaller quads (http://diydrones.com/profiles/blogs/fpv-racing-using-arducopter?id=705844%3ABlogPost%3A2072794) I eventually solved it.

Seems these smaller higher KV craft are far more sensitive to bad tuning than the bigger quads I’m used to. And to vibrations, it’s gone nuts on me several times due to clipping but I’m struggling to dampen it any further. But I’m flying now with good response and no oscillations, hurrah!

Oh, and I’ve also learnt no amount of autotune can save you from landing in a freshly laid dog turd. Clear your landing zones before you take off, folks!!

OK well talking to myself but will leave breadcrumbs in case anyone else stumbles along here with similar problem.

Now flying beautifully with no oscillations or clipping even at full throttle punch. Great job devs!

Thanx for sharing your experience.
I have a high wobbel on the roll axis on both of my small copters (250er X and 340er Octo).
Thanx for reminding me on Leonards thread . i think i should read through again.

Since i did not find an answer on the wiki: do i need to reboot the pix to get the new pid values active or can i change them during flight via MP?
I tried it this morning during flight but had no success improving the wobbel. But maybe that’s due to the fact that they are still too high (P around 0.025) but can’t recall the exact values.

May you please share your current PID settings as well to get an rough idea on the range i should move in as starting point.

Thanx to the hints here and in Leonards Thread i managed to eliminate the wobble completely on my 250size X quad. 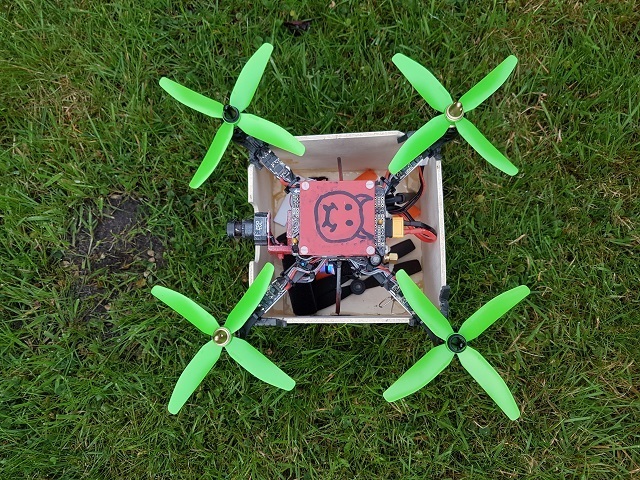