Reliable Cube build tipped itself over after landing in Land mode

This happened on a reliable quad running ArduCopter V3.6.10. After a simple flight endurance hover test the aircraft was set to Land mode and descended to the ground. However where the props would normally have slowed to idle then disarmed they didn’t and spun back up slightly causing the quad to tip itself upside down.
No RC hand controller was used during the flight so it was not manual input, no mode change was made after the land command, and wind was not a factor. It is a very stable bird (DJI M100) and not easy to tip over.

Log Link
A clue could be that during the climbout for this flight the PIC noticed that very briefly the SAFE message appeared on the HUD. This message indicates that the vehicle thinks its armed, but the sensors_enabled flag says they are not.
Could this be why upon landing the motors did not spin down to idle and instead spun up? Is it possible it didn’t register the landing (the fundamental problem) and tipped as a result of trying to do a position correction due to GPS drift near the ground? What log values would indicate this? 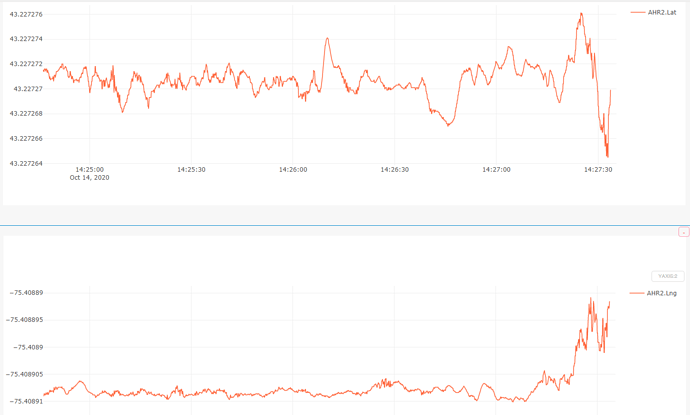 I’d probably agree with your GPS drift theory. There seems to be some increase to GPS speed around the time of the landing.

Was planning on updating as a result of this - it was an older system that hasn’t had any issues until now.

xfactoa, Thanks for looking at it. That was my guess as well.

here is an image of the roll/pitch vs the position target and demand.

and yes it looks like the gps did drift, and is most likerly the reason the land detector didnt trigger, because you still had speed (well at least it thought)

Thank you very much for taking a look!
The immediate landing site was clear but notably was near a large building on one side. When I saw the GPS drift I thought it might be due to being close to the ground as well as having more of the horizon significantly obstructed by a tall building.

Will update and keep this in mind in the future.
Appreciate the help and new information regarding the position target and demand.

ps. the scaled Y-axis in the log viewer is great! Thank you for your great work!

In previous versions of the log browser, left-clicking a data series would always plot it on the same left axis. Now, it creates multiple axes (based on units?). Is it possible to force it to add a new series to an existing axis? 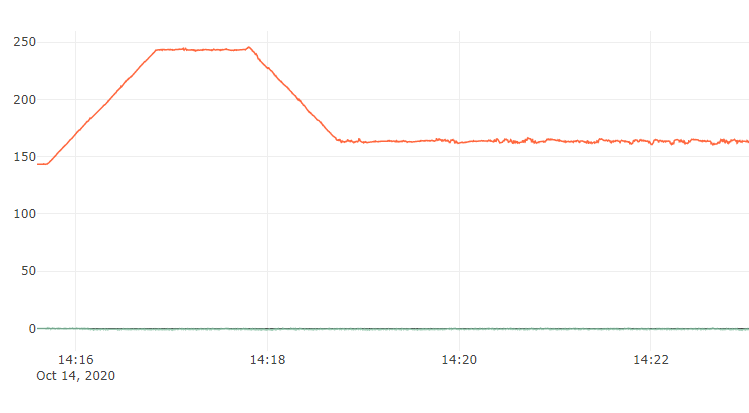