How do you connect your iphone to Qgroundcontrol?
Thanks

I assume you mean how do you connect your Vehicle to QGroundControl when running on an iPhone. The answer is over WiFi.

How do I connect my vehicle to Wifi?

Thanks for the answer. Could you tell me what piece of hardware is needed? Anything specific?
Thanks!

I think anything with an ESP8266 will work. Some pointers here: http://dev.px4.io/hardware-pixracer.html

Sorry… my bad. I already have a Pixhawk and I would like to know if there is a particular piece of hardware I need to use to get a WiFi connection qith QGround. Thanks,

Is it possible to stream video output to the iOS-Version? For example an UPD stream or something else?

I am using a Bluetooth serial converter wired to a 3DR radio module to connect my Android Phone to my BBBmini flight controller.

Tested it with a Pixracer and the ESP8266 wifi module. Works well and I especially like the configuration section. Great work! 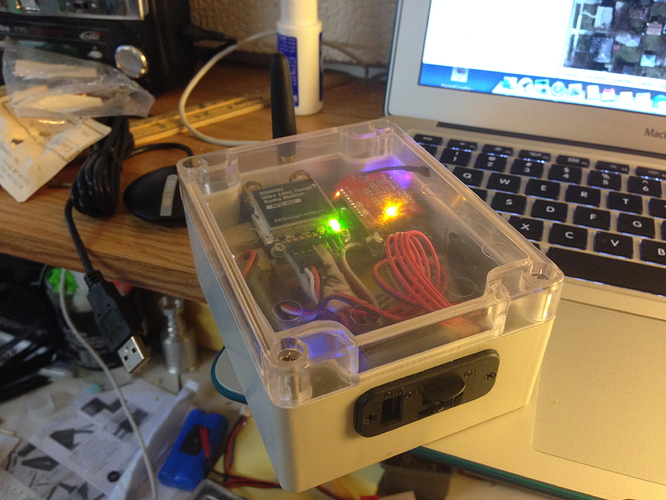 The RN-XV module by Roving Networks is a certified Wi-Fi solution especially designed for customer who want to migrate their existing 802.15.4 architecture

http://www.communistech.com/support/ scroll down on this page for a lot of info

Any news on that? If you ever need a tester, here he is

But anyway, I’m testing the iOS version and I like it very much.

Hello, could you please add google map as map provider?