I am having issues installing the 2.0.20 deb on Ubuntu 14.04. The original topic for this issue as well as some discussion on attempted fixes: 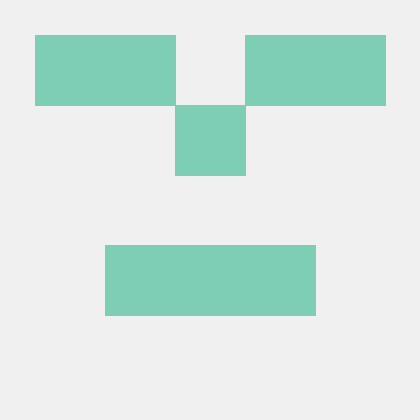 I am now working on a fresh installation of 14.04 and have added the QT 5.5.1 PPA as suggested by billbonney.

If I try to install the .deb I get the following output:

Using apt-get -f install does not fix the dependency issues.

If I use gdebi to check dependencies it tells me:

This package is uninstallable
Dependency is not satisfiable: libflite1 (>= 1.4-release-9~)

After not making any progress on trying to install the .deb, I’ve tried following the instructions on the github page to build from source.

When I try to run qmake qgroundcontrol.pro I get the following:

I am unable to run make after the qmake command. I see that the output message states that the Qt Version is 5.2, and in the github instructions it says it needs to be upgraded at least 5.4.2. I’m guessing this might have something to do with the issue?

When I ran the apt-get commands to install qt components I had the 5.5.1 PPA added to my repositories (and I ran apt-get update), is there any additional configuration needed to make sure I am using the correct Qt version?

Sorry if these are trivial problems, but am a novice to linux and i am not sure how to proceed. I need to use Ubuntu 14.04 to run ROS Indigo.

No worries, we will get to the bottom of this.
Did you run sudo apt-get dist-upgrade after sudo apt-get update?

Thanks for layout this all out, I am having a similar problem.

The essence for me is that a released .deb should work on at least the current LTS Ubuntu release (14.04), and should not need fiddles to get it to install and run.

I get the following error now when I run it:

Unable to load ApmToolbar.qml. Please reinstall the application and try again. Errors are as follows:
file:///usr/share/APMPlanner2/qml/ApmToolBar.qml:17:1: module “QtQuick” is not installed

apmplanner2 then runs, but the graphical toolbar is missing.

What version of libflite1 is installed?

We are trying to get away from 14.04 since the required Qt version is not easily available.

@carpy
I had not yet run dist-upgrade, but after doing so I seem to receive the same errors.

@fnoop
The libflite1 that is installed is version 1.4-release-8ubuntu0.1. According to this: http://packages.ubuntu.com/trusty/libs/ that version is the most recent available on Trusty

Ok, 16 LTS has just been released. But 14.04 is supported until 2019, so its not cool to force an early upgrade on anyone who wants to use ApmPlanner

@Hidden_Markov
Hi, the package must have been built incorrectly somehow, these are the dependencies specified in the package metadata:

These aren’t in the project control file:
https://github.com/ArduPilot/apm_planner/blob/master/debian/control
So they must be added at packaging time on a machine with higher libflite version than standard, at a guess.

Ok, I finally had a chance to look at this problem closely.
Use this guy instead. He was built using Qt 5.4.2 static libs. (The VM that the apm_planner_2.0.20_ubuntu_trusty64.deb package was built on is gone, so it’s hard for me to troubleshoot.)

Thank you for the new build. Sorry for the late reply, I was away. I was able to install apmplanner2 using the instructions you posted, but unfortunately when I start apmplanner I receive this error message:

After the error message the rest of APM planner seems to launch okay, but I am missing the toolbars and the primary flight display.

A similar problem I found suggests installing qtdeclarative5-qtquick2-plugin, but I already have that installed and at the newest version (I believe install qt-latest installed this plugin).

@Hidden_Markov I got this same error when testing. Make sure you are setting the environment correctly so it points to Qt 5.4.2.

@carpy
Hmm I’ve made sure that I have been using that source command (I’ve tried with and without --extend). Unfortunately I still receive the same error

I’ve checked the paths that the .sh file add and it seems fine there.

Edit1: I still cant get the .deb install to work properly, however I am now able to manually build and run apm_planner by using “source /opt/qt54/bin/qt54-env.sh” before the qmake command in the build tutorial. When I run my own build, I no longer have the missing QtQuick module error.

Edit2: My problems are now basically solved, since I can now run my own build without issues. I’ve been able to connect my erle-brain2 and pfxmini quads to APM and everything seemingly works (still haven’t flown yet).

Thank you very much @carpy for your help!

Glad you got it going. Still a mystery regarding the PATH problem…I’ll so some digging when I can.

The easiest way to put APM Planner on Linux Ubuntu machine is to download the installer from here http://download.qt.io/official_releases/qt/ Qt5.4 or greater and then grab the code and build it in QtCreator or the command line.

The issue is building pre-built packages for 14.04 etc… This requires more effort and work and needs a ppa, or embedded qt binaries in the installer. If somebody wants to step up and build the needed ppa that would be great. In the meantime it’s the limited set of prebuilt packages.

We are maintaining compatibly at the code level with older distros, so you won’t need an OS version update.

Thanks billb. Hopefully that ‘somebody’ will pick this up and create the embedded binaries or ppa!

OMG, this is driving me crazy

So I’m a bit lost now (I’m a newbie at both Linux and Ardupilot).

How did you finally solved this issue with the toolbar? I have had the same problem.
any help will be greatly appreciated thanks

How did you finally solved this issue with the APM toolbar? I have had the same problem.any help will be greatly appreciated thanks