I (we) are having an issue I have never seen before.

Our new Quad should be ready for a test flight, but we have an issue with the throttle, motor speed stops increasing at around 45% throttle (vehicle is tied down outdoors).

The motor test has increasing motor speed all the way to 100%.

I did a motor/compass calibration and the same thing happens, at 45% throttle motor current stops increasing.

We were using a RadioLink Pixhawk (came with the base machine) and switched to a Cube, we are also using a Spedix GS40 BLHeli 4in1 ESC in DShot125 mode (also a first). Running Beta ChiBios V3.6.0-rc8.

I have a screen capture of the Motor/Compass test - how do I upload it? 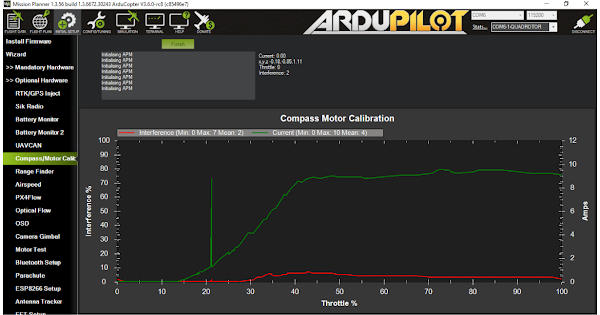 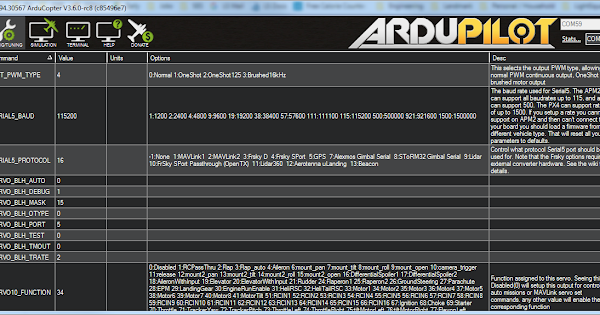 It looks like the ESC was entering it Low RPM Power Protect mode and limiting current to the motors to about 2 amps each.

I guess that these low KV motors are slow enough that the ESC incorrectly detected an failure / problem.