The GSoC 2019 project has added to ArduPilot’s arsenal full support for the Intel RealSense Tracking Camera T265 to be used as a plug-and-play Visual-Inertial Odometry (VIO) sensor to achieve accurate localization and navigation. Hence freeing up resources for the onboard computer to utilize for other high-level tasks, which would pave the way for even more amazing applications to be built upon.

We now have a suite of sensors at our disposal:

In this project, we wil try our hand at a very old topic: precision landing. In a nutshell, image stream from one of the T265’s cameras will be processed to detect AprilTag visual marker, then we will follow MAVLink’s Landing Target Protocol that is supported by ArduPilot to perform precision landing. We will do it without (part 1, this blog) and with Robot Operating System (ROS) (part 2).

How to perform localization and navigation

The main script t265_precland_apriltags.py is built on top of the existing t265_to_mavlink.py script, the content of which is thoroughly explained in this blog post, so check it out for explainations on how to attain accurate localization and navigation.

How to perform precision landing

Here’s an overview of the steps needed to add precision landing capabilities to our system:

Note: It is implicitly assumed that the camera’s x axis is aligned with the vehicle’s y axis (to the right) while the camera’s y axis aligned with the vehicle’s -x (to the back). This is the same as pitching the camera down 90 degrees from facing forward. If your camera is oriented differently, then a transformation is mandatory. For reference, here’s the T265’s coordinates (note the fisheye’s axes), whereas the FCU’s local frame is (X Forward, Y Right and Z Down).

We will use the tag image as provided in rs-pose-apriltag sample in librealsense. Here is the link for the pdf.

Print the pdf file above on a letter size paper. The tag size (the black part of the tag) on the paper should be 0.144m. Fix the tag to some landing pad or fix the tag to the ground. Make sure the tag won’t get blown away when the copter is descending.

It goes without saying that the tag size and id can be anything according to your requirements. All you need to do is modify the corresponding params, which we will discuss later on.

A stupendous amount of other tag options can be found here.

Clone the official repo and install the library with:

The default installation will place headers in /usr/local/include and shared library in /usr/local/lib. Python wrapper will also be installed if python3 is installed.

If you have a monitor connected to the companion computer:

If you don’t have a monitor connected:

You can view the image through the ssh connection with X11 Forwarding.

Hold the vehicle on top of the landing tag and check on your GCS:

We will explore how to achieve the same goal in ROS. Thanks to ROS’s modularity, the software components are really easy to learn and modify. However, not everything is ready-to-go for our use case, and some developments are still required on our part.

Amazing work!
I’ve been trying to implement this but I’m getting an error
TypeError: landing_target_encode() takes 9 positional arguments but 15 were given

Do you have any Idea why am I getting this?
Thanks!

okay this was solved by updating the firmware.

I have one more question. Why do I have to set PLND_TYPE = 2 (irLock) instead of 1(Companion Computer) as discussed here How to use Precision Landing feature with companion computer??

Hi @Amitesh_Gautam, you are right, it is a typo and should be PLND_TYPE = 1 instead. Thank you for pointing this out!

Edit: the typo has been fixed. For anyone looking for the meaning of different values for PLND_TYPE, see here.

What’s the range of the t265 implementation? I’m trying to get an accurate non-gps loiter outdoors at around 150 feet.

My experiment have demonstrated a good tracking up to 60 feets. (see details in the threads of the non ROS implementation blog from @LuckyBird.
Beyound that, you need bigger and very well defined features with an optimum scene lightning (not too dark and not too bright). 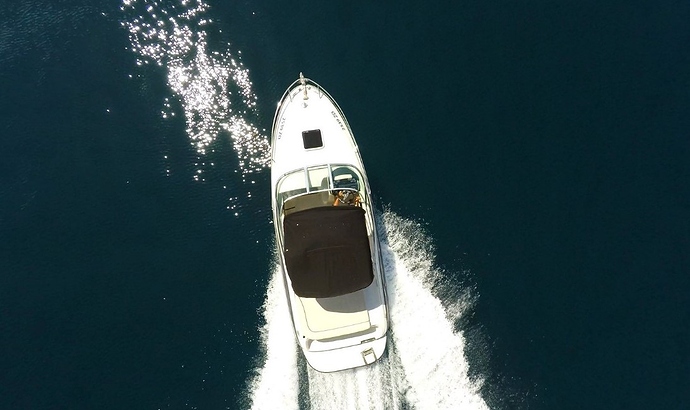 Here’s an example of my use case. Where you see that black square on the bow would be the landing area (that’s not my boat, just one I plucked off google).

Hi @LuckyBird, I’m a little bit confused what is stereo matching here for if detection procedure only use one camera? BTW it would be better to use both

Hi @soldierofhell, you are right: to detect the target we only need one camera, thus the stereo matching is redundant. It would only become useful if stereo depth is needed for your application. As a blog post it would be fine to be a bit more general for other use cases, thus I have decided to keep the stereo matching part in the code. You can, of course, remove any parts as you wish.

On the other hand, if you can make full use of the field-of-view (~163°) of the cameras, using both will make a lot of sense in that case.

Have a look at my use case above. I’m real interested in your precision landing work.

If you are only concern about the precision landing task (using camera images and computer vision algorithm), I think landing on a boat is doable since the performance will mainly depend on the image and you can test that out straightforwardly. The detectable range will vary based on the size of the landing target, the illumination of the scene, the relative speed between the target / copter etc. For a static target, you can test the range with different paper sizes and extrapolate.

The precision flight (using VISLAM pose data), on the other hand, might not work well, or at all, because of the challenges that @ppoirier mentioned.

@LuckyBird I thought rather about combining two methods od distance calculaton: from known shape as in april tags detector and stereo distance. Especially in application like landing on this boat it might be of benefit

For flight I could probably just use gps follow and have a good gps on both the uav and gcs.

Because of high reflectivity of water and the lack of fixed features, I would recommend using IR-LOCK:

Hi, @LuckyBird, many thanks to your detailed introduction for your work!
I am following these setps to realize the precision landing with Ardupilot and a Jetson Nano as the companion computer, but I met some troubles and need your help.
When I start the script t265_precland_apriltags.py, it works OK in the first few tens of seconds. I can see the messages (landing_target, pose estimation, delta) in MAVLINK inspector, and there is a quadrotor icon in the map.
But few tens of seconds later, when I shake my drone, the quadrotor drone is disappear!, however, I can still watch the messages in MAVLINK inspector.
Do you know what caused this, Looking forward to your reply…
THANK YOU. 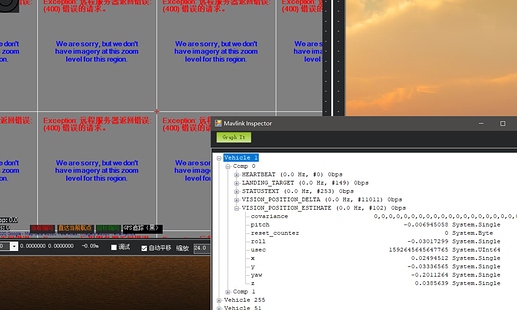 @Andrew5c maybe the connection (usb cable to the camera/ telemetry to the ground station) become unstable when you shake your drone. In the picture, the other messages also dropped to 0 Hz, which indicates that the telemetry might be the main problem.

If possible, can you use a usb cable to connect the flight controller and the ground station for telemetry, do the shaking again and see if the problem persists.

Yes, thanks, @LuckyBird, that’s probably the problem.
I used a USB cable to connect the pixhawk with my computer GCS just now, and done the same thing, shaked my drone, and the quadrotor icon is showing good. Unfortunately, there were still once time(1/3) the quadrotor disapeared. But overall, things are much better than before.
Thanks for your timely reply!

But when I ported this part of the code, there was an error. I did not know the MavLink protocol very well. May I ask why?