Plane crash with no chance to save at all

Hello I had another crash that was really weird.the plane just dropped in the air when I change throttle_nudge from disable to enable. the rssi dropped to 0 all of sudden. and RCINPUT:decoding DSM. the plane was no control at all. the fiimware is 4.2dev. can anyone take a look of the log and tell me what is happening. thanks alot.

From the flight record it is observed that when you reached about 3 km away you lost communication with the transmitter. At that point it looks like you went into manual mode. Did you have failsafe configured?

It is clear that you lose RSSI signal at about 3Km away. And it is also clear that the failsafe mode was not activated. 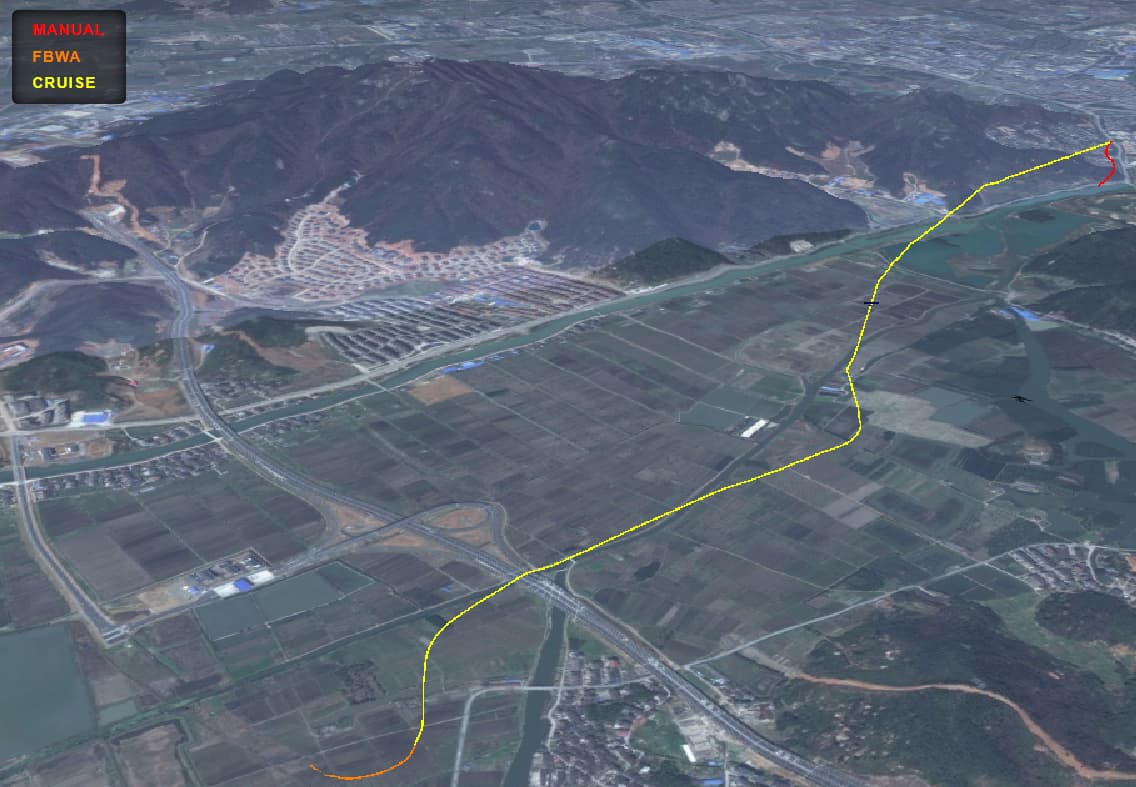 I did not intentionally do anything about the failsafe. It kept as default. And I did not change any flight mode. When I noticed the plane was dropping in the air from the video transmitter, I tried to switch rtl but didn’t work at all. Just a wild guess It looks like the plane got an interference signal.

Just a wild guess It looks like the plane got an interference signal.

when you went out of range the RC protocol decoder re-detected the FPORT input as DSM, which brought it out of failsafe and left you in MANUAL mode.
I’m going to look at fixing this in two ways:

hmm, I just noticed you have SERIAL7_PROTOCOL=23 and BRD_ALT_CONFIG=1. Can you tell me exactly what model of RC receiver you had connected to the board and to which pin?

the receiver is R9slim+(not ota). Fport firmware and its RX1pin connected to the Uart RX6 of matekF765wing.

I have another same setup plane using RX1pin to Uart TX of F765wing. it did not happen so far.
here are the param setup

@tridge do you see any drawbacks in blocking changing detected protocol while armed?
Also would changing RCININT to PULLDOWN not mess up with bidirectional FPORT ?

We had a mix of FLOAT, PULLUP and PULLDOWN. Most used PULLDOWN so I've moved all… to PULLDOWN for consistency. This change is motivated by this crash report: https://discuss.ardupilot.org/t/plane-crash-with-no-chance-to-save-at-all/76706/6

This complements the following PR: https://github.com/ArduPilot/ardupilot/pull/…18888 and is meant as a fix for this crash issue: https://discuss.ardupilot.org/t/plane-crash-with-no-chance-to-save-at-all/76706/6 the downside of this option is some users may have deliberate setups with more than one receiver. We will need to warn those users to enable this option in the release notes.

either PR would have prevented the crash. I’d like to do both, probably including the 2nd PR in an upcoming 4.1.x release.
I’ve tested this with a DSM receiver and a FPort receiver with yaapu on a T16S

does this mean I need to change something on the params? if it does, can you tell how to do so? thank you.