This is a minor release with three new features, all related to airspeed.

The second is the addition of a driver for the SDP33 airspeed sensor. This is an interesting sensor sold by Drotek that doesn’t need zero offset calibration for each flight. It is still considered experimental.

The third new feature is dual airspeed sensor support, which allows you to have two independent airspeed sensors. At the moment the failover between the sensors is very simple (it will only failover if
the primary stops communicating). More sophisticated failover methods will be introduced in the future. To enable a 2nd airspeed sensor set the ARSPD2_TYPE parameter to the type of the 2nd sensor. You can combine any types of sensor.

In order to be able to actually compare both sensors (SDP33 and MS5525), I fixed them absolutely parallel in an aluminum holder. The flexible hoses run through aluminum pipes to the interior of the aircraft, so that turbulence on the soft hoses can not affect the measurement (A third pitot tube on the left side belongs to the aircraft before the measurement mounted and is not connected). 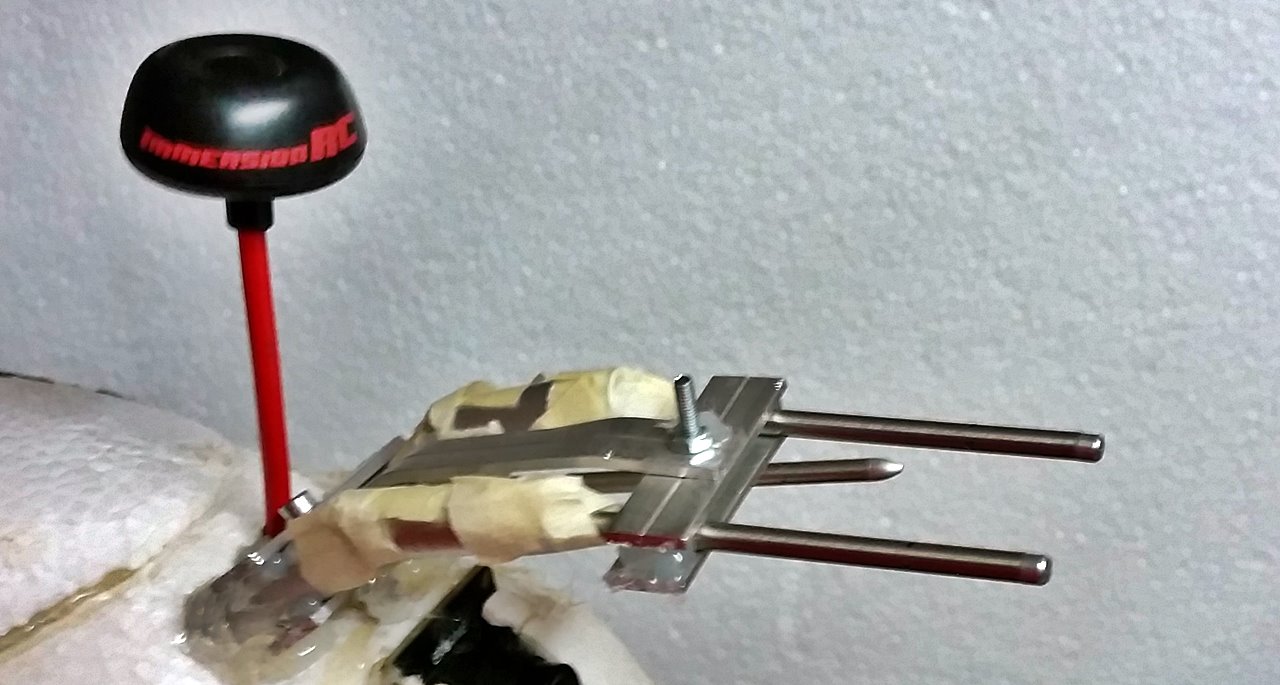 Both sensors were in the air for the first time with ARSPD_RATIO unchanged and still not calibrated.
Parameter: 00000140.BIN.param (14.2 KB)

I am impressed by how synchronous the readings are.

Thanks Rolf!
The SDP33 is producing considerably lower airspeed, especially as the MS5525 had a ratio of 1.79 whereas the SDP33 was using 2.0.
I’ll look at this log some more soon (heading off for a conference this morning)

We’ve been flying a large quadplane with dual MS5525 Airspeed Sensors on 3.8.5 and have had great results. Both sensors are on the same I2C bus and we are setting the address explicitly. Here is a plot of our airspeeds:

We have not tested the SDP33 yet.

Has there been any additional work done on sensor fusion for dual airspeed sensors in 3.9 (I have 3.8.5)? I currently have a MS4525 and MS5525 connected on the I2C breakout board, everything seems to be working well, however it’s definitely only using one of the sensors’ measurements, depending on which I select as the primary

I would also like to know if I can do the arspd_ratio auto calibration for both sensors at the same time in one flight?

Lastly, is it possibly to display both airspeed sensor measurements in the Tuning tab on the home screen in mission planner?

Thank you very much for your time and contributions.

AFAIK there is no fusion, no way to display both in MP and no way to calibrate them at the same time. 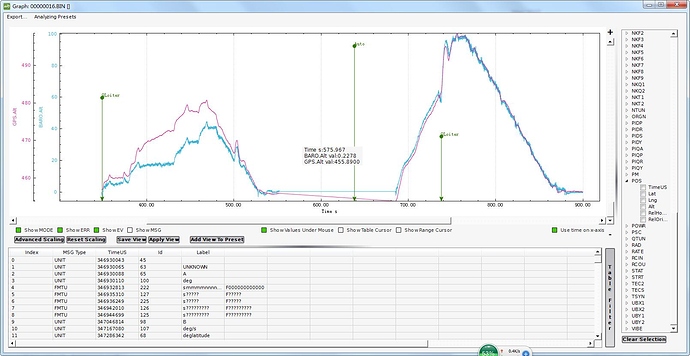 The barometric altitude is measured by the barometer and not by the airspeed sensor. Perhaps the barometer is poorly protected from air flow through the propellers?

I use MS4525 to install in the same position is normal, change to MS5525 is wrong, airspeed caused by the barometer height abnormality.