Hi, I’m using a new Pixhawk 2, but the out-of-the-box cables don’t fit my existing power module or telemetry module. I can’t identify the connectors in order to buy any other cables, and I don’t want to butcher the Pixhawk 2 cables unless I’m certain I won’t blow it up!

I know the Pixhawk 2 has different connectors to the Pixhawk 1 at the flight controller end - that’s not the problem.

The “POWER CABLE” has a beige 6-pin connector which I think is called a DF13, whose pins are square in cross-section. My power module also has 6 pins but the connector is slightly different, with rectangular shaped pins and different lugs on the outside. The power module cable also has only 1 red wire, the Pixhawk 2 cable has 2. Pic attached. 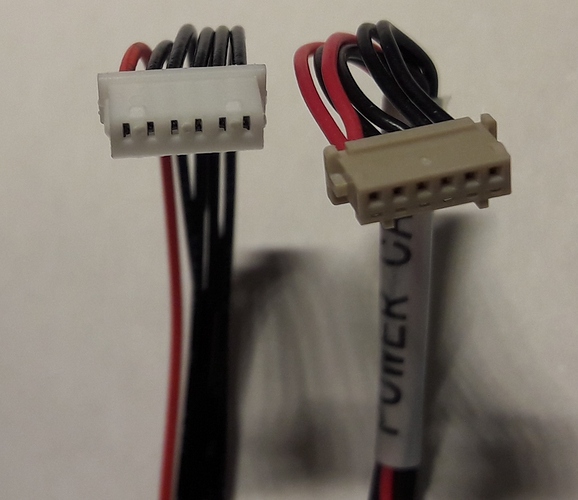 Does anyone know what this rectangular style pin connector is called? Does anywhere sell pre-made cables to fix this? It seems strange that the Pixhawk 2 guys have supplied cables that aren’t compatible with anything!

Looks like molex picoblade.
The cables with your PH2.1 are compatible with ‘original’ 3DR peripherals. It probably isn’t fair to expect them to provide for other vendors products as well (would be great if all the manufacturers stuck to the standard, which was df13 and is now jst-gh).

I am building my first Pixhawk 2.1 system, and dealing with various interconnect issues. It’s also not obvious to me what the best PDB solution is for my fixed wing twin motor aircraft is.

I suggest three things: 1) see Mauch’s recent posts on RCG about PDB design; post your requirements there, as he is actively in design on PDBs, and is very Pixhawk aware; 2) buy an extra PH2.1 cable set from any PH2.1 dealer. I’ve seen between $10 and $18 for a full set. 3) check out mRobotics.io for GREAT PH 2.1 cable options. Jordi and team have an excellent selection at very fair prices.

Good luck in your build.

Thanks, I’ve dug a bit more and it is probably a 6 way JST-SH. I see your point about the ‘original’ 3DR equipment, but the power and telemetry modules on currently on their website appear to be the same as mine, so it seems DF13 is truly dead and buried.
https://store.3dr.com/t/pixhawk
Which makes it all the more strange that they bundle the Pixhawk 2 with these out of date DF13 cables! Oh, and a pathetic power module!

Thanks. I’m guessing you will be struggling with the pathetic 30A Pixhawk 2 power module too! I have bought a spare set of Pixhawk 2 cables, but of course they are the same as the bundled set. So I have ClikMate to DF13 (Pixhawk 2 set), and what I now think is a JST-SH to JST-SH (with the power module), but I need a ClickMate to JST-SH. For the telemetry I would need a JST-GH to JST-SH.
The mRobotics site looks promising but a lot of the cables have funny cross-over wires which I’m not sure would be correct.
It seems really strange to me that somebody isn’t selling “Pixhawk 2 to Power Module” cables and “Pixhawk 2 to telemetry” cables. This problem is going to happen to almost everybody who buys a Pixhawk 2. They would make a fortune!

Is it not possible for you to solder directly, one of the wire which works on the power module, onto the other end of a cable which can connect to the ph2.1? Or does the cable end simply not fit the ph2.1?

I had exactly the same problem and the best I’ve been able to come up with is this patchwork here. 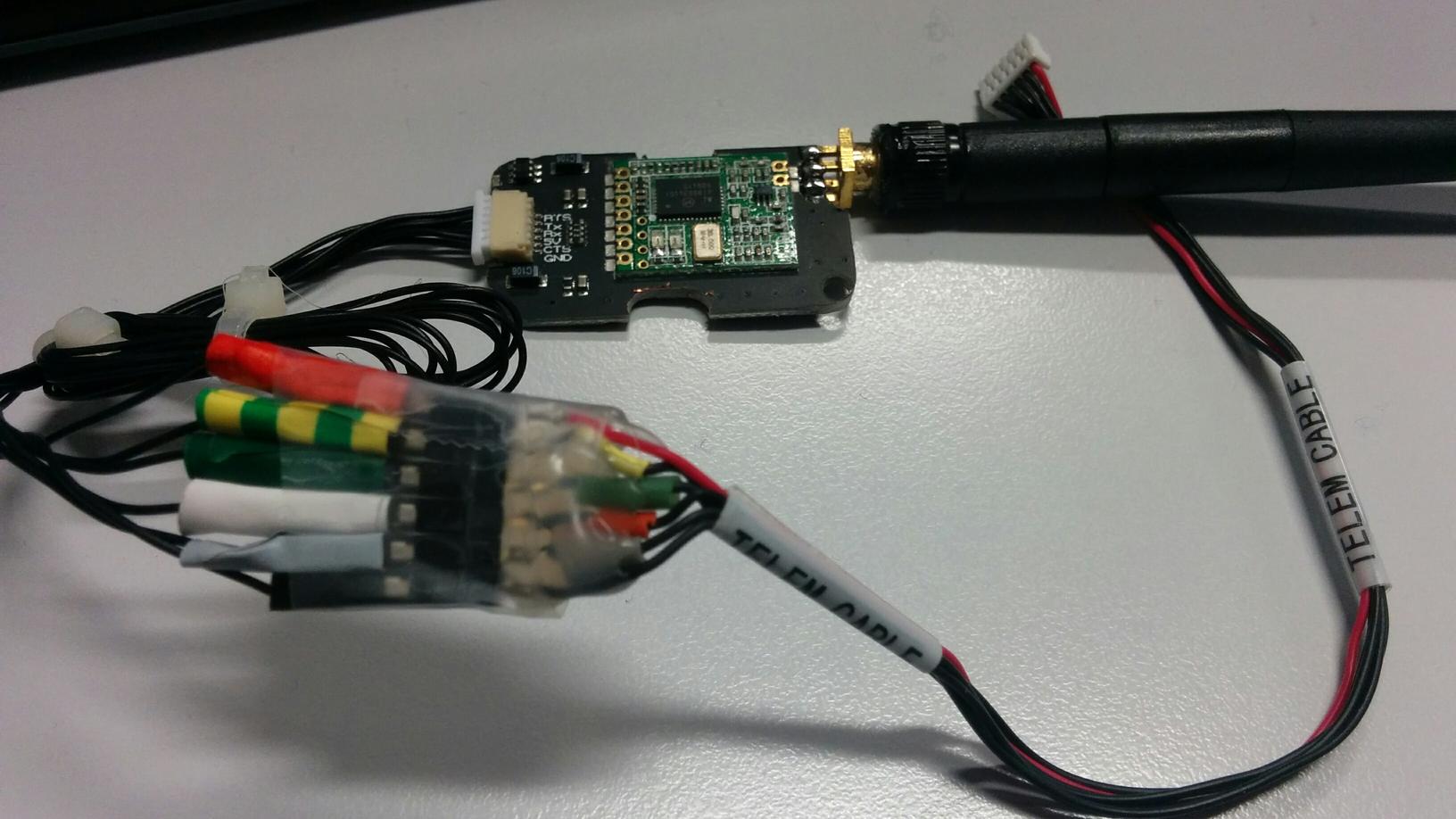 For the moment it works, but I’ll probably buy some “native” Pixhawk 2.1 modules, as soon as I found them.

In my opinion the cabling problems with Ardupilot are significant and not due to Ardupilot itself. Because it is open source hardware vendors can/have changed the connectors freely leading to a real mess. That is one reason I am such a fan of canbus.

To speak to the problem at hand I posted a request to update the documentation here with a diagram of the pin-outs of the Pix2.1 carrier because it is hard to find on the net and not available here.

It is posted in my request under general | doumentation changes and gives you the power pinouts to hack your own cable up which is generally the only solution. You can purchase a high current version with the right cable for pix 2.1 from Chris Mauch.

Pixhawk 2.1 pinout doc need to be on the Pixhawk 2.1 page Website and Documentation errors

This pinout diagram, if correct, needs to be on this page: http://ardupilot.org/copter/docs/common-pixhawk2-overview.html It does not appear to be on the Proficnc site or anywhere else I could find on the web. [image]