I’m starting to see that, but the lidar options all seem quite expensive (>$150 (£110)) to me,unless anyone knows different? Thanks

Yes its the case, the cheapest being the Garmin Lidar Lite v3 for the moment.
We might have an interesting option pretty soon ,

its just been release, we will need to write driver for it … stay tuned

Oooh looks interesting. I’ll keep on fighting with the sonar for now then! Thanks. 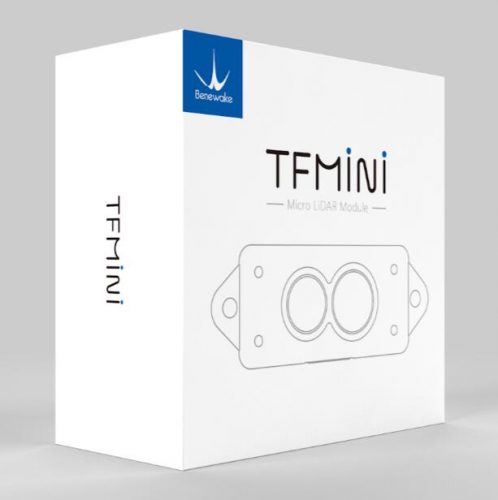 TFmini is a single-point micro ranging module and could be widely used in the integrated application of various drones, UAVs, Robots & industrial equipments

Can this be used in Arducopter/Pixhawk yet? I guess this will still need a driver writing for it to work? This looks like the same one as referenced above?

@Michael_Brooks I suppose you are asking about TFmini? TFmini is compatible with Arduino, Pixhawk, APM. It does not need a driver like Sonar.
You can please check this TFmini LiDAR development routines on Arduino for reference. Thanks.
Development Routines of TF LiDAR on Arduino-170726.pdf (778.3 KB)

Yes, I am talking about the TFmini. I’ve just bought one since it will work with Pixhawk.
I’m sorry but the document you’ve attached is way over my head.
In mission planner there is an option to setup a range finder and you have to select the type. Is this now listed as an available lidar in the latest firmware version?

@Michael_Brooks
I am looking to publish an update and implement drivers soon.
In the meantime you can make it work with a slight modification of code:

Hi, friend. I forwarded Mr. Patrick Poirier’s test and report for Benewake Inexpensive LiDAR for drones/UAV/UAS, which works with Ardupilot. Pls check below details. " Hello, Benewake, TFMINI LIDAR works Ardupilot, you need to: A) Change mode to text output : The command of pix format output is 42 57 02 00 00 00 04 06 B) Modify this line on the LightWare serial driver https://github.com/ArduPilot/ardupilot/blob/master/libraries/AP_Ran… You have to replace ‘\r’ with ‘\n’ [image] You co…

So you are also saying it needs a change to the driver (change ‘\r’ to ‘\n’ ).
I clicked on the link in your post but it’s no longer there:

Edit: But if I change the path a bit I think I the driver I need to change is in here?:
https://github.com/ArduPilot/ardupilot/tree/master/libraries/AP_RangeFinder

Edit 2:
Is there a guide anywhere on how to edit the code/drivers and recompile? I’m a total noob at this sort of stuff.

Yes thats the one
https://github.com/ArduPilot/ardupilot/blob/master/libraries/AP_RangeFinder/AP_RangeFinder_LightWareSerial.cpp#L61

You can use any editor to change this line and than you need to recompile using WAF
https://github.com/ArduPilot/ardupilot/blob/master/BUILD.md

Here is an example of how to build, based on the wiki of the BBBMINI :

Great thanks for you advice. Will have a go at this over the next few days.

Ah good! Does that mean the one I’ve just bought will work with Pixhawk 2.1 out of the box?
Suppose it depends on the firmware version I have.

I’ve been fighting with linux since my last post, mainly, I think, due to out of date info here:
http://ardupilot.org/dev/docs/building-ardupilot-onwindows10.html
Some of the steps wouldn’t work and I was stuck.

Never mind, hopefully I can get it working anyway
Thanks!