Hi helpful people of ardupilot,
so i framed the title as a question because i would like to know what you guys have to say, or if you have any expirience using airspeed sensors, have you had any luck putting one on a muticopter? i have tried a few google searches than a few searches on here but havent had any luck. it seems like they are only really used or installed on planes. do any of the traditional helicopter designs use pitot tubes?, or is there a differnt/better way to have airspeed indication real time that would work?

thanks in advance, and if it has been discussed before on here i would be thrilled with a link,

Lean angle is related to airspeed. If you know that, you also know the airspeed, also at speed, related to groundspeed.

@Andre-K I dont think that the lean angle is a good method, it is not linear and it can vary on multitudes of factors (weight, air density, shape, propeller, etc.) and in best case it might act like a pitot and output the relative airspeed and not the groundspeed

I never said it was linear, or equal for all vehicles - nor do I think it’s necessary for it to be linear.
If you would rather mount a horizontally stabilized and rotating pitot on a multicopter , and make that tell you wind direction and speed - go ahead.

Nope, I would go with this option that can certainly give accurate groundspeed 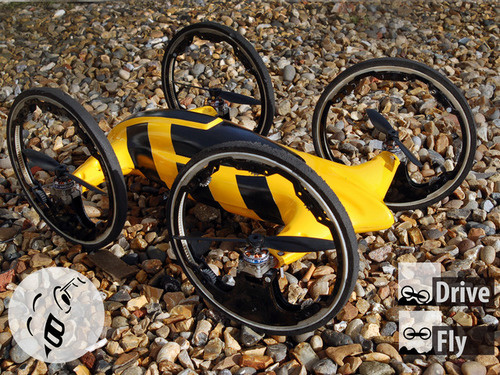 hi all thanks for the responses! I am interested most in airspeed. I only want to fly in one direction facing forward so i don’t need a rotating pitot tube, and may just put a fixed angle on it roughly the angle at max speed. I’m just not sure if arducopter allows for a pitot tube or if its just for the Plane guys.

again thanks for your responses!

@robertrotzetter bear in mind that you need a RangeFinder in order to make the OpticalFlow working. I recommand you buy the OpticalFlow without the onboard sonar (that is not used with Ardupilot) and get a separate Rangefinder , like a Garmin LidaLite V3 or a Lightware.

OpticalFlow require a good ground texture (does not work over water or snow) and is effective up to 60 Meter or less depending on your RangeFinder reach.

Sorry @ppoirier i am interested in just airspeed from what i have read in your link i see its relation to ground speed or am i missing something? i just grazed over it so i may have…

Yes Groundspeed, relative airspeed with a quadcopter is not really something usual. Relative airspeed is quite important in Planes to prevent stall but I would be interested knowing your use case, why do you need to get airspeed on a quad?

my inquisitive mind wants me to know more about translational lift speeds and when or if they even occur in multirotors, i have in a previous life flown heli’s and am curious about it.

Ok I see , Vortex Ring State induction and escaping is quite easy to demonstrate, ground effect is more subtle but translational lift is indeed a tough act to analyse.
With a single rotary wing there are much less variables and the collective control makes it easy to feel the lift.
Good question ;-)… my get back here if I think of something

Great! thanks! on the pixhawk side of things is it possible to mount a pitot tube and have it interact with arducopter? or is the support only built into the Plane version?

Never really looked on the code for this aspect , maybe @rmackay9 could comment on this.
In any case, you can certainly capture data into log file and do post-fly analysis.

There is a certainly a relation between relative velocity and power curves; we might found a slight reduction of power for a constant conservation of altitude ans speed. In order to achieve this you would require very precise data collection, especially for power and altitude.

@ppoirier yes i hope to compare flight speeds with amp draw, I’m hoping i can get some fancy esc’s to log very carefully the amp draw. maybe after a bunch of trials i may have some cool numbers to look at, i am ok once i get the numbers… i have a harder time reading the data off the computer so we will see ! thanks for your input and have any other input i welcome it!

@robertrotzetter I would make test in a controlled environment indoor having the quad attached to a precision strain gage , like a fish scale…with milligram resolution… and applying power to get the minimal lift, and then having a large fan with speed controlled by a closed loop using an anometer that can create a precise and continuous flow. Then you could correlate this with the lift by reading the fish scale

@ppoirier that’s a great idea, i think its going to be fun testing, If i can get a pitot tube on the thing, i would like to test it in varying conditions and see how possible it is to keep it within translational lift. Research is fun!