I have noticed that the target rate and the actual rate are supposed to get closer as the tuning is going forward. but it did not happen on my case. what did I do wrong? I really appreciate if anyone can tell me how much should I change the PID in the case.
https://ardupilot.org/plane/docs/automatic-tuning-with-autotune.html 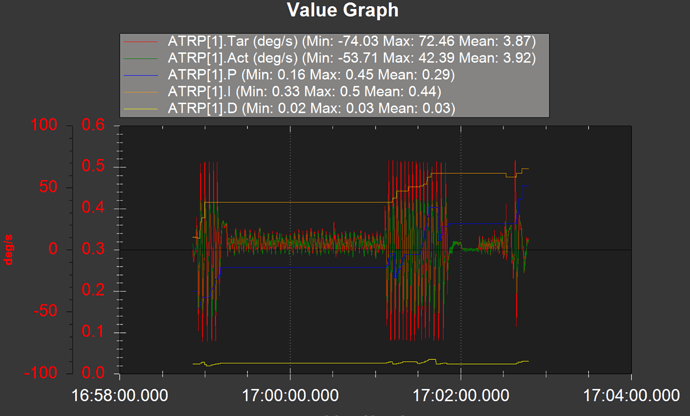 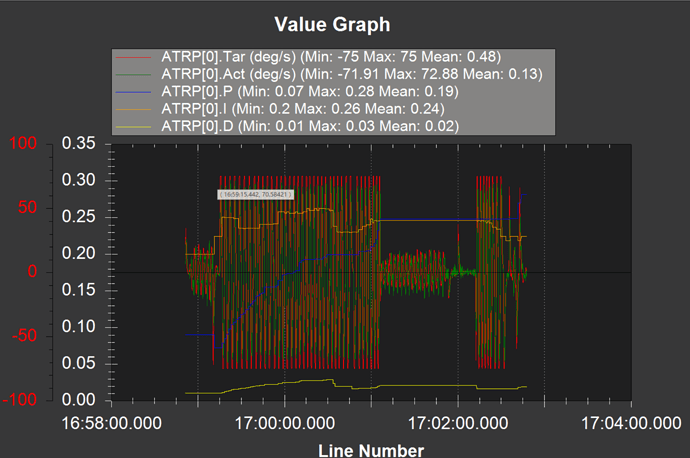 try autotune with the “latest” firmware…Tridge recently changed the algorithm…
-4.0 Stable uses the old classic autotune that usually produced safe but not optimum tunes
-4.1 Beta has a new algorithm with much better optimization, but has issues in some planes
-current master (“latest” firmware) has many improvements to even the current beta release

No, dev does not mean Beta. The latest beta for plane is 4. Mission planner should give you the option to select beta versions and you can flash that.

@Allister
thank you for the answers.

Im sorry. this is confusing to me. what is difference between dev and beta? how can tell the number of beta when download ing the firmwares.

I’m sure somebody here can give a better answer, but dev is short for development. Dev versions come before Beta so they will be less finished. And they are changed more often so it’s harder to keep track of what dev version you’re on.

When you select beta versions in MP it will give you the latest beta version. Or you can manually selected it if you want but I just used MP To give me the most recent.

dev is the label for the master branch which gets changes daily…it gets built several times a day is available under firmware.ardupilot.org as “latest”…you can also load it in MP by choosing ALL OPTIONS on the firmware page…

stable is the stable release…

any of these can have bugs, but before any change is made to master it gets tested extensively

@xixijoe that commit (6f3e3a91) was made into master branch yesterday…the current plane beta has the improved autotune, but either one has it

@Allister
Thank you so much for your answers.

Here are something I have tried. can you check the red underscore on the photos.

using MP to have beta updated like this photo showes?

I have tried updating it by MP with the beta click. but it did not show Beta as the photo below.

So dev is less finished than beta. how about the one showes the date on the photo?

@hwurzburg
I think I understand it now. I guess I was influenced by Inav for fireware updating. Inav needs full erase and reload all the param again. I did not know the apj is an update without erasing the params. and another time I am being careless that I did not read https://firmware.ardupilot.org/

when you said release note what page can I read it?
when you say mast branch, is it this link? https://firmware.ardupilot.org/Plane/