I recently figured out how to get the APM to trigger my camera on my quadcopter using a servo with the help of others on this website (Thanks!).

Now I have a new problem that has me baffled, which is the photo WP commands created by the Auto WP/Survey tool aren’t being included in the flight plan, nor are all of the photos needed to complete the survey taken during the actual flight.

Here’s the background: I have started creating and flying survey missions in Mission Planner using the Auto WP/Survey (Grid) tool, and have taken some photos of the ground during survey missions. However, I noticed that only 21 or so WPs are showing up in the flight plan out of 30 or more that are created with the Auto WP/Survey Grid tool, and I’m only getting a fraction of the number of photos needed for a complete survey.

The attached sample Survey (Grid) indicates that 20 photos will be needed for the survey, but after accepting this, the Flight Plan only shows commands for 8 photos and I typically only get 8 photos at what I think are the WPs at the turns in the flight path. Notice that in the screen shot of the flight plan, there are only 18 commands for a survey mission that should have 20 photo commands in addition to the WPs needed for the flight.

Why aren’t the internal photos being included in the flight plan or all the needed photos being taken during the actual flight?

Could the camera trigger method I’m using be the problem? I have tried using the DO_REPEAT-SERVO and DO_SET_SERVO Trigger methods, but neither seem to fix the problem. 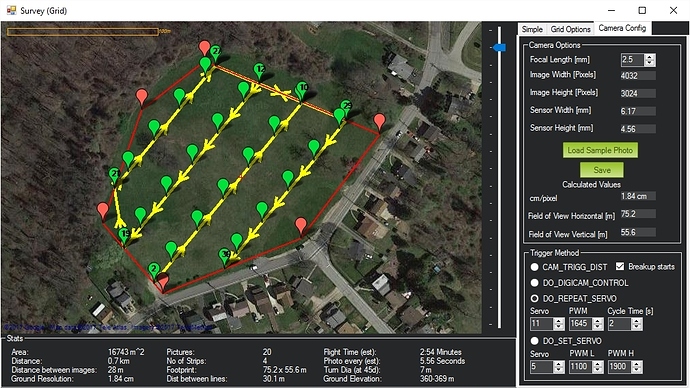 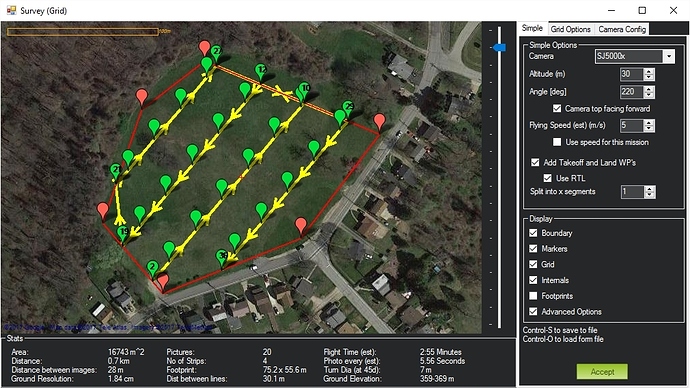 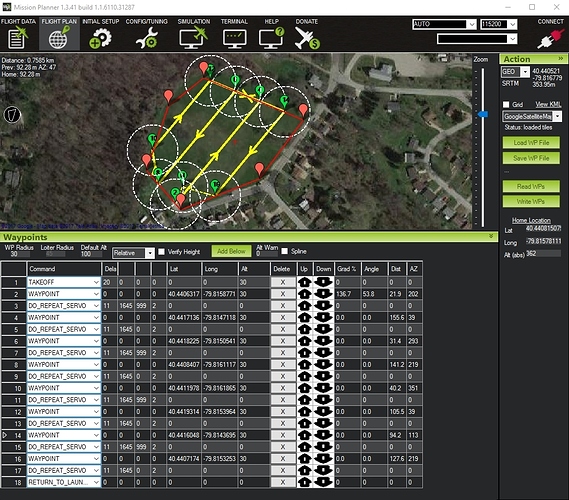