Trying to flash my newly received Omnibus F4 Pro (purchased directly from Airbot) fails. I can flash the newest ombibusF4SD firmware in Betaflight (meaning hardware probably is OK), but using dfu-utils I consistenly get the following output and error:

The firmware (arducopter_with_bl.hex) file is the latest from the repository.
I’ve tried various options, also updating with Mission Planner under Windows and with Qgroundcontrol in linux, but all fails. I’d be greatful if someone could push me in the right direction.
Thanks,
Mike

Loading a bootloader with DFU — Dev documentation too many options

No real luck so far. The files arducopter.hex and arducopter_with_bl give the error, omnibusf4pro_bl.hex does upload but when trying to open in MP the device does not seems to be connected to a com-port. MP is the latest version, as are the hex files.

I’ve tried it with 2 omnibus f4 pro boards and one omnibus F4. Same result for all boards

I use Betaflight configurator in DFU mode and flash arducopter_with_bl.hex

@andop1per: dfu_util does upload the bootloader but still no way to install any firmware files afterwards
@LennyB01: Using Betaflight Configurator in DFU mode, I can install the regular betaflight firmware (goes through the entire erase/flash/verify cycle) but trying to install the arducopter_with_bl.hex does the erase but hangs in the flashing phase (immediately shows full orange progress bar) does not end.

The steps I’ve tried so far are:

The procedures described here have worked for me across many boards but some have used this tool when stuck. 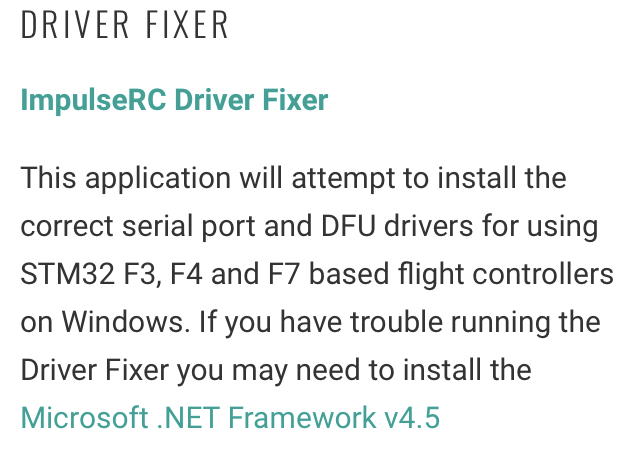 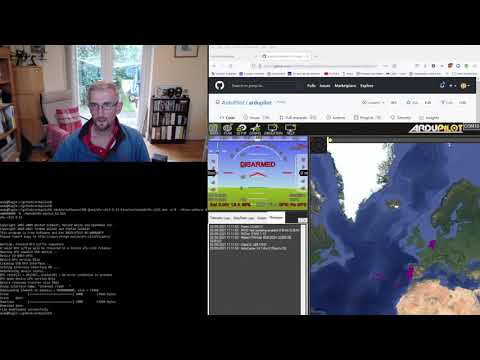 @dkemxr: I’ve run the ImpulseRC driver fixer but unfortunately it did not change anything. After installiing the ardupilot bootloader the board was not recognised. In zadig it did not show any USB device and in Mission Planner it did not fire up a COM port
@andyp1per: thanks for pointing to your helpful youtube instruction video, I get stuck after about minut 2.55. There the dfu-util had flashed the bootloader. I get that far, but after rebooting in normal mode (not DFU), the board does not trigger a COM port and is not detected by Mission Planner

There were some memory/compilers issues with the newer bootloaders, it would be worth trying with one from (say) a year ago

Bingo! Thanks for the suggestion @andyp1per. I downloaded the bin file of 2019 which, after upload with dfu-util could boot the board. I had to upload the ardupilot firmware on my windows 10 setup, after which I could continue the configuration in Mission Planner under linux (debian/wine). Great help!

@tridge it seems the bootloaders are still broken.

@hwurzburg do you have an omnibusf4pro you can test? I suspect it is fine, but it would be good to check.
maybe newer ones have a different set of sensors?

I have one I can try

I tried both the omnibus F4 Pro, the omnibus F4 and the MatekF405. I can confirm that on my hardware the latest bootloaders can be uploaded with dfu-util, but then both boards do not boot. When I use the older bootloader, both boards do boot and can be configured with Mission Planner (both on a Windows PC and on Windows on VirtualBox).

I uploaded latest bootloader from master and Copter-4.1 - both worked fine. Have you tried re-installing the driver package that comes with mission planner?