OliverV's copter lands away from home 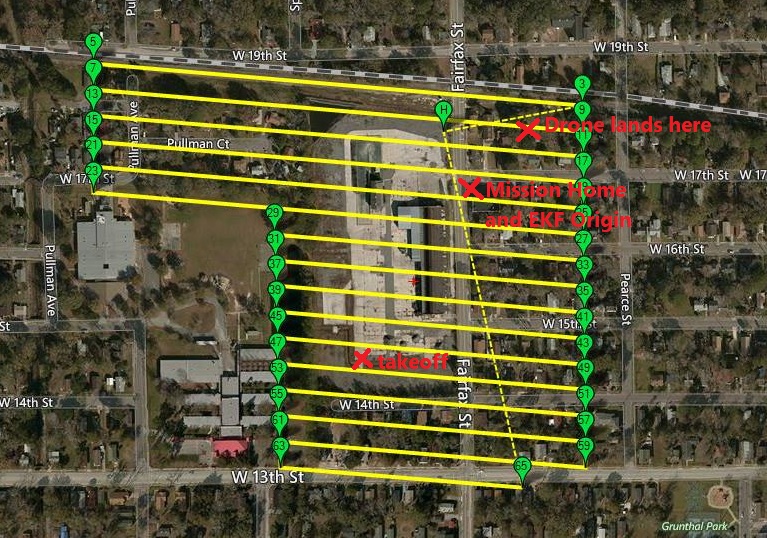 pic.jpg767×538 228 KB
This discussion is for OlivierV’s report in which the vehicle RTL’d to the home location held in the mission instead of the place where it was armed.

The dataflash logs can be found here.

OlivierV has recreated the issue in SITL. If one of the core devs can create it in SITL we should be able to get to the bottom of it quite quickly so we would really like to get details on how to do this. Some questions are:

Hi All, to the questions:

I have repeatedly seen the drone go to the home location as defined in the waypoint plan and not where the drone was actually armed.

Here is a link to a screen recording (apologies for the watermark, I didn’t want to spend extra cash on documenting this as I had to use a different laptop to get SITL to run): https://youtu.be/nrJD76E9vKE

Also, just for the record, the field operation where this issue showed its face was as follows:

Thanks for this. I quickly tried to reproduce this following the instructions above but wasn’t able to. I am using the beta mission planner (1.3.62.2 build 1.3.7010.7155) so perhaps this explains the discrepancy. Anyway, I will try some more. I must say that I’ve never even seen the “Set Home Here” button on the Flight Plan screen before. Anyway, txs again for the info, hopefully I’ll be able to reproduce it.

I’ve turned this (nicely detailed) instructions into an autotest here:

changed 2 files with 51 additions and 0 deletions.

Sadly, it does not reproduce the problem you’re seeing - and apparently
able to reproduce!

Is this reproducing in master?

Does this only happen when using MissionPlanner? Can you reproduce the
same thing using “normal” SITL/MAVProxy?

Can you see anywhere I’ve stuffed up the test implementation - or where
there might be a missing step?