No connection between receiver and motors in quadcopter

I attached photo of my quadcopter below. 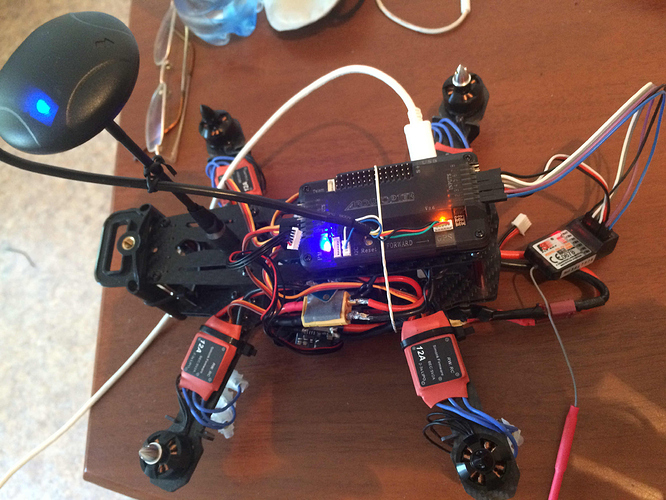 So can you arm the APM and have it start spinning the motors?

I would start by eliminating the BEC connections from each ESC and plug in the power module that I see is disconnected. Just use a needle/pin to unclip and pull the middle red wire from each ESC plug.

You mean that I should unclip red wire from each ESC. Should I unclip the brown wire too? There are three wire. Brown, Red and Yellow.

I cannot run motors via receiver without computer.

Just the middle red wire should be ok. I say unclip it because someday you may want to put it back for another purpose. Some people cut the wire.

The red wire from each ESC is providing 5V to the Flight computer. This power could have noise and could affect the FC. You will get clean power from the power module via the main flight battery.

When you have the USB connected, your computer is powering the FC.

Sounds like to me is that the receiver is not being powered except when the USB cable is attached.

Clipping the red wire is not going to change anything as the motors don’t work at all unless the computer is connected. The red wire just fixes clean power issue.

You should be able to power the motors directly off the receiver as a test.

Look at his picture. He doesn’t have the power module connected. The plug is just sitting there.

I don’t know looks like dean connector to me. Anyway if the jumper plug is not installed is there still power to RCin side? I’m not an APM2 guy. With no power on the RCin side the receiver won’t work. 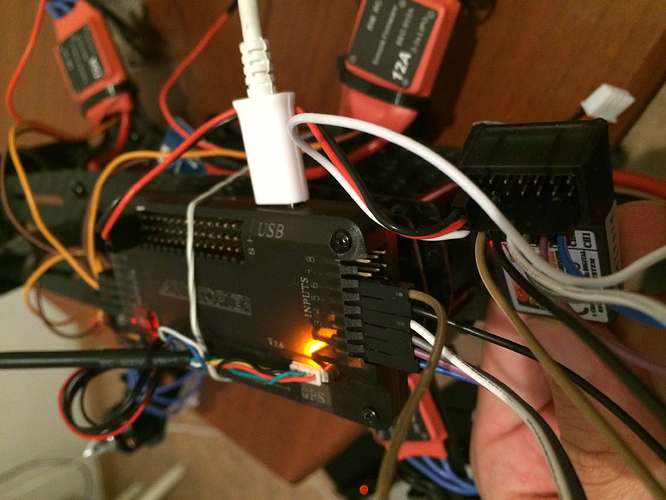 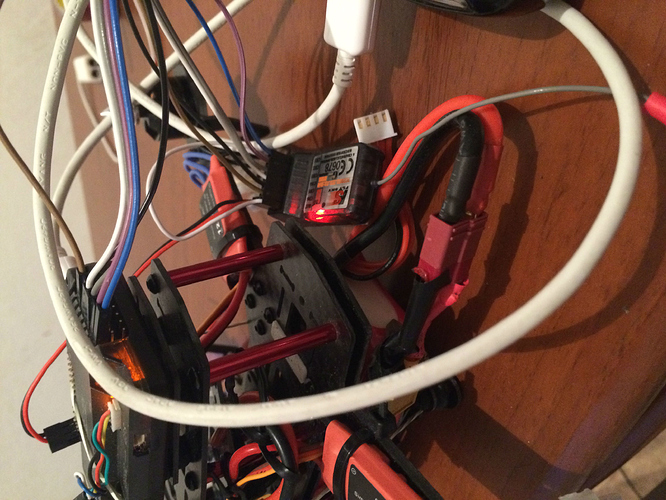 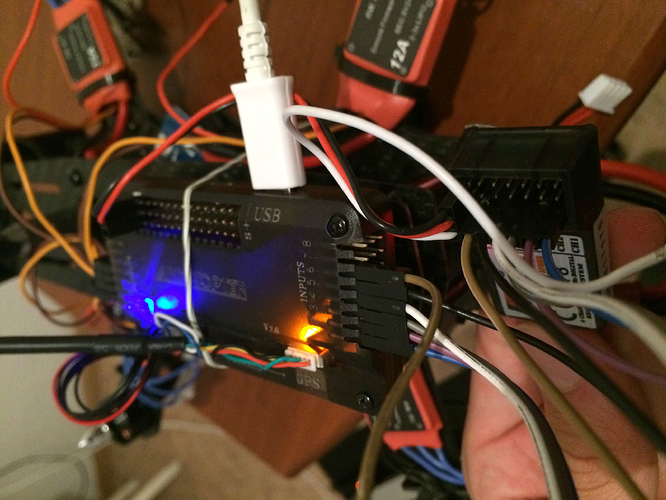 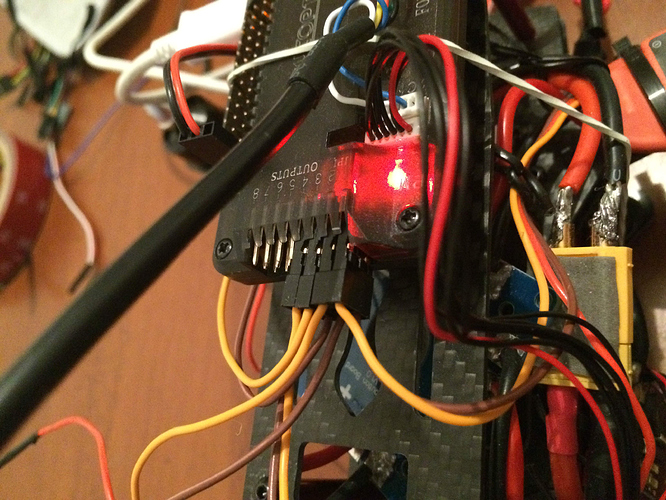 What should I do for working receiver and motors together without computer?
Could you help me please?

If you unplug your USB cable, does the receiver still have power?

I see you have single wires from the receiver to the flight controller. I think this should be ok. Just make sure the receiver is powered when the USB is not connected.

Arducopter has failsafes that will not let you arm unless certain minimum requirements are met. One is a high quality GPS lock. Another is that your power module voltage sensor is calibrated in Mission Planner so it does not failsafe on what it thinks is a low battery. You need watch the HUD in Mission Planner and see if you are getting a warning or use your logging to view the logs and see if there is a failsafe error in the logs.
There are many different failsafes and you must satisfy all of them before it will arm.

When I unplug USB cable receiver is without power.

Sorry none of my suggestions are working.

Try the following after unplugging the USB:

A volt meter will be very helpful for you to figure out the problem. Check the voltage before and after unplugging USB.