I just found this new section called TECS (Total Energy Control System) in the Wiki. I don’t remember seeing these parameters last year and feel so far behind the times!

After testing my Nimbus VTOL with the AS sensor disabled, I need to fix my sensor configuration and read up on how to tune the TECs. Has anyone tuned these parameters?

I had Q_ASSIST_SPEED set to 0, which is recommended for the initial flights. My smaller E-flite Convergence, which has no AS sensor, also works fine like your Mini Skyhunter but I have also seen the issue on my larger FireFLY6 VTOL where it takes a while to complete the transition…long after it is flying. I never saw any attempt to stall on my Nimbus VTOL flight and it seems to be a nice flying plane. Mine is light with no cameras and a 1.2kg (42oz) Lipo pack. I think the issue is either a setting or the AS sensor was enabled but not working. It should have been disabled and I missed it. I upgraded my firmware today from v3.9.3 to v3.9.8 so we’ll see what happens later this week.

Hello Greg, delay transition also happens to us during strong head wind. We just wait for it to fully converts to fixedwing. Maybe in your case the AS was not working. This also happened to us. Our culprit is the connector on the pcb. Our fix was to use a servo wire as connector.

Hi Greg, some weeks ago I had a problem with the airspeed sensor (analog). Without apparent reason it stopped working. I replaced it with digital one and It did not work either. So I susspected that something was wrong with wiring, and eureka, It was the connector from Nimbus nose connector pannels. I changed to a different connector and both sensors (analog and digital) worked.

i assume that my battery is under power at that time… during v land it will draining my battery power so quickly… and because i switch it to RTH after loiter, it transform to vlanding at RTH alt (60m) and this need a long time to touch down to the ground… that’s is my mistake, after loiter i switch my plane to RTH… i should switch it to FBWA at first and take it down to alt 15m than qstabilize to land it…
i think i pushing my 16k mah batt to hard… 58 minute flight time is beyond the limit for 16k mah batt… i think max 45 minute flight is still safe to RTH at more than 20m alt…

Update on our Nimbus
Our system flew already more than 40 missions now.
We have fix every issue we encountered.

With all the flights going to mission and while going home. The aircraft tends to crabs drasticaly. I believe this is on the VTAIL design. we need know what to adjust. During mission iy flies normaly and doesnt do crabbing.

Thanks for the information. It was my suspicion that the nose connector had an issue because I had previously tested the AS sensor operation over the winter months. I also remembered to re-boot the system after connecting the nose so I will look there first. I simply set ARSPD_USE = 0 for now.

The aircraft will crab automatically to correct for wind pushing it if you are in CRUISE mode. What mode are you in when going to mission or coming home?

This time I had total success! The Nimbus was off flying in 2 seconds or less and never lost any altitude. I kept the throttle stick at mid (Taranis has a vibrator notification) and I could go back and forth between QHOVER and FBWA. The Nimbus seems to be a very good flyer although my testing has only been done in good conditions. I also tested CRUISE and Circle Modes. I’ll probably widen my circle from its current 80meter radius. No sign of stalling at this weight, even when slowing it down a bit. I’ll have to check the log for GPS Speed. Time to mount some cameras and look into the AS sensor connections. A good rainy day project. 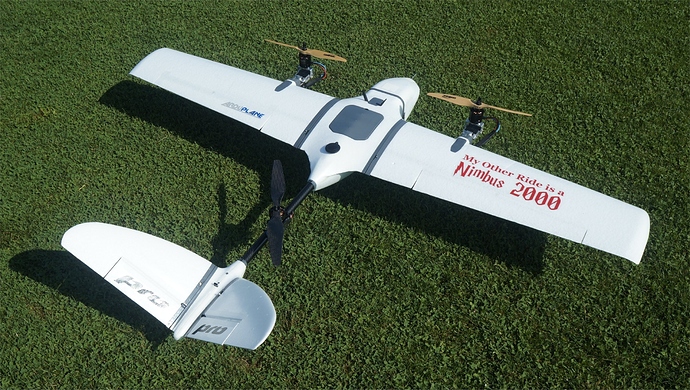 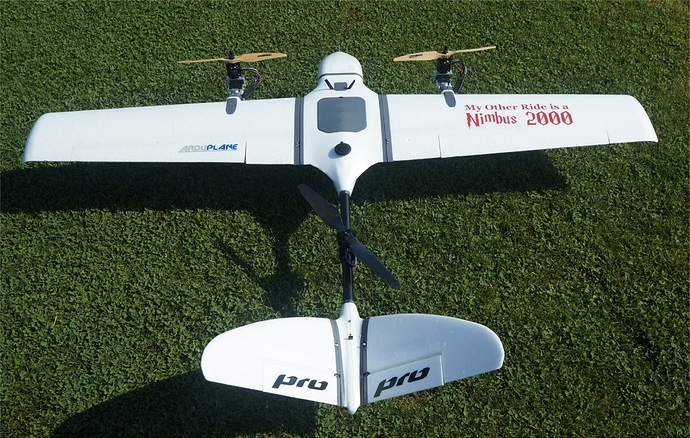 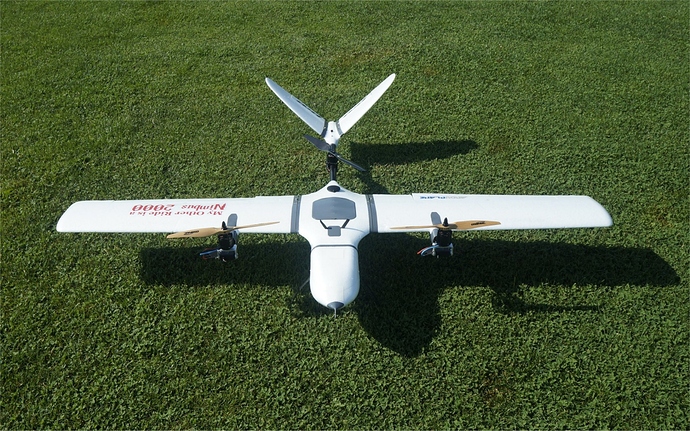 I am glad to hear that Greg. May I know, what is your AUW in kg? And what is the power in watts during Cruise mode? Are you using 4S or 6S battery? Regards.

Awesome Greg, glad it went well. I’m amazed too as to how much one can slow it down without it stalling, would be interesting to know your slowest speed?

I’m using 6s and my Nimbus VTOL components have these weights:

It was so hot out today! It 90F and humid so I quit early before I totally melted. It’s our 4th of July Celebration today also so I’ll check my log this weekend. Cheers!

Wow, I am surprised that you did detail calculation… Just if you have data, how much current during Cruising.speed ? Appreciate your detail info for my reference. Thank you.

According to the GPS Speed, I was going faster than I thought I was. It looks like a typical speed of around 25m/s with a current draw between 18 and 19 amps. I can probably set my ARSPD_FWB_MIN from 9 back to 11. So this was actually mostly FBWA mode, not the CRUISE mode you wanted…but it should be similar at half throttle. 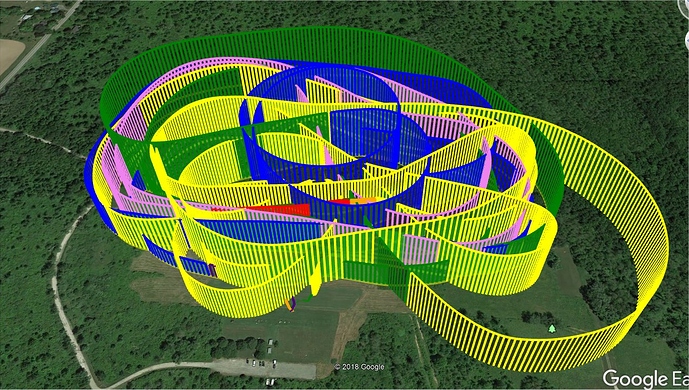 I re-tested my AS sensor and it still wasn’t working so I simply connected the servo cables between the body and nose and now it works. It’s too bad that the connector has such issues because the concept was nice!

Our AS sensor didn’t work out the box so we had to replace it. Also got rid of the fancy connector and just put in longer silicon tubing for the pitot tube. The FC has to be rebooted in via telemetry if the AS sensor isn’t connected at battery connection.

Greg, your cruise speed at 25m/s is very high, therefore the current draw also high (or it is your intention to test the Nimbus at high speed?). I prefer to have cruise speed at optimum value. I believe it is about 15-17 m/s. However, I still want to know which one is more efficient between conventional quadplane (like your Fx-79 Buffalo) and Tricopter tilt rotor ,like Nymbus. My assumption quadplane 4+1 motor is more efficient, but I don’t have real data at the moment.

While it’s always best to initially test a plane well above the stall speed, I didn’t really know just how fast it was flying…just that it was flying well at half throttle. My mini Talon QP flies fast, which was the other plane I was flying so that was my reference.

Do we know what the stall speed is with a mapping camera? Graham has done some mapping so maybe he can comment on what speed his Nimbus is flying at.

Greg, my Nimbus weighs 4900gr in flight order and I flew in CRUISE mode at 16m/s without problem

I’ve been flying at 13m/s for all our flights, no stalling or other problems noted.