Hi folks - arduPilot newbie here but with good experience with arduino projects. I have seen some good discussion about boat frames, including new omni boat, but still looking for guidance & thoughts on the following:

I’m planning an arduboat project that will hopefully be flexible enough for a variety of pond/lake missions including inspection, mapping, weed/algae mgt. The boat must be capable of fully autonomous, remote controlled and piloted operation. It must be highly stable and maneuverable, with flexibility to add/modify instrumentation and attachments. Must be easily launchable from variety of shorelines. It must be able to operate in shallow and possibly weedy water. Top speed of ~5 mph.

Thanks in advance for any guidance to get me started in the best direction. 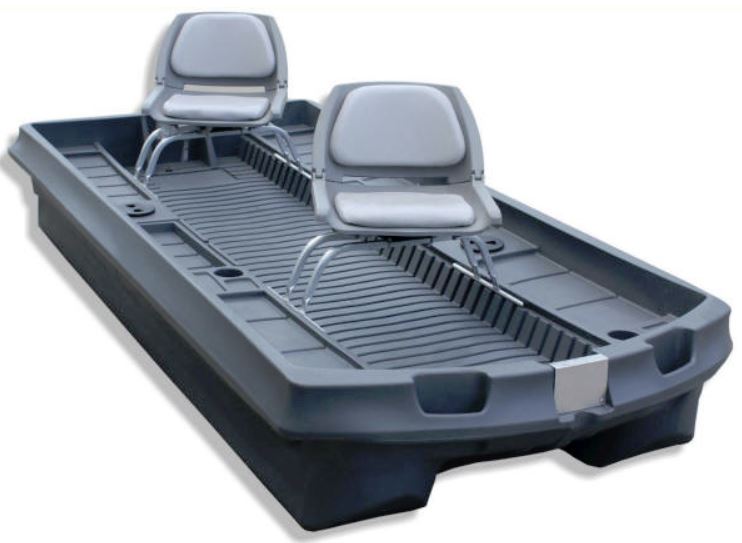 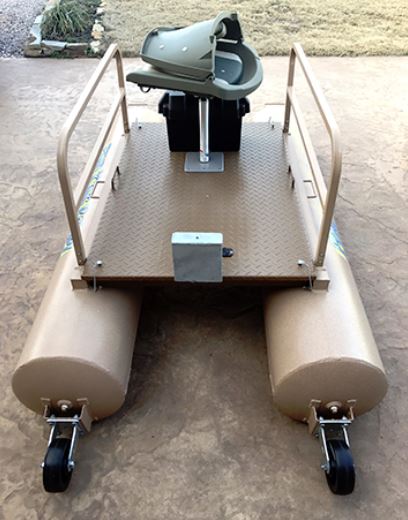 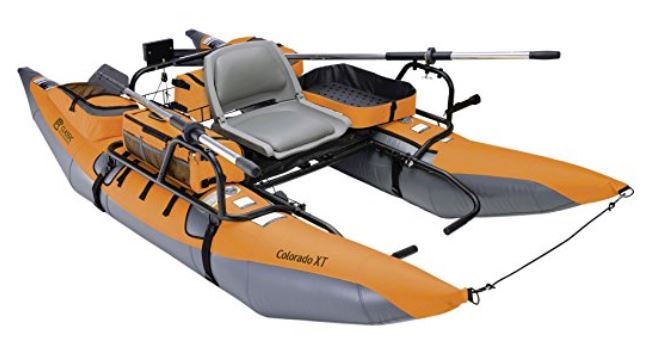 I doubt you will get to 5mph with the thrusters on these types of boats. 2.5 to 3 is probably more realistic.

Re the thrusters, I suspect the BlueRobotics T200 thrusters won’t have enough power so a trolling motor would be better. I’m actually keen to help add support for trolling motors. My main sponsor (elab.co.jp) has done it but I’m not sure how exactly. From what they told me, the motor they are using accepts a PWM signal (which is what comes out the back of the flight controllers).

Thank you rmackay for the support and pointers - and for creating an ArduPilot issue for vectored thrust. A couple follow-up questions:

Pointers to success stories of 1 or 2 man pontoon boats with either type of propulsion would be most welcome.

Sorry, I was focusing too much on the trolling motor part of you question perhaps because I’m interested in improving our support of these types of motors. So, as you’ve found, we already support vectored thrust but we don’t have documented support of trolling motors… I.e. no where on the wiki does it show how to connect a trolling motor to an flight controller.

I think skid steering could work fine with bigger thrusters. Here’s a blog from Leonardo who did this a few months ago. If you look closely at the picture, I think you’ll see that he did actually use blue robotics thrusters…

I agree with the comments that the max ~8lb thrust from each of two Blue Robotics T200s would be marginal to power a “one-man” pontoon boat, and I’m surprised at the very high cost of larger thrusters - which brings me back to trolling motors.

I’ve seen a few projects that modified a trolling motor with PWM/ESC (e.g. 30lb thrust Minn Kota C2 Endura - available from Walmart for under $100 !), but what to do about steering ? I could engineer a linear actuator steering arm (I don’t see any commercially available), but that seems like a lot of trouble to get right and you still don’t have very precise directional control. Could one skid steer 2 fixed trolling motors ? …plenty of power at minimal cost & complexity.

Any thoughts on the single vs double trolling motor approaches ? Power draw could be a concern with 2 motors, but they’d be operating far from max power - at least in my applications.

I think two trolling motors might work well. My main sponsor (elab.co.jp) created a test boat doing this. They only drove it manually but it seemed to work. They mounted the motors in the middle of the frame by the way - this works better than when they’re mounted at the back but I’m not sure how much of a difference it makes.

Thank you rmackay. I’m going to pursue this direction and will keep you posted. I agree that mounting the motors near the middle of the frame should result in better control, plus they’ll need to be between the pontoons at least in my applications.

More pointers to optimal hardware for PWM/ESC retrofitted trolling motors would be welcome. Any doc available on the elab.co.jp boat ? Didn’t see anything on their site …at least not in english

i checked with eLab.co.jp, and they tell me they used the HASWING Protruar-G3.0 trolling motor. I can’t promise but I think these can accept a PWM input somehow. i don’t actually know how though. I actually suspect that the cheaper motors are just as likely to accept a PWM input… perhaps more likely. My reason for believing this is just that I think a PWM interface is likely the simplest/cheapest way to control the motor so the cheaper motors are more likely to use this straight forward approach.

I think there may be some confusion about trolling motor PWM control. There are many online postings & videos of people using PWM motor speed controllers like the one referenced below to control the speed (and direction) of brushed trolling motors like the Minn Kota C2 series. However this has nothing to do with PWM digital control signals as used in servo control, but rather direct PWM switching of the DC power input to the motor at somewhere around 10kHz, where the motor speed varies with the power switching duty cycle. This technique extends battery life since power consumption is proportional to duty cycle. There is some dispute whether this can be harmful to motors, but it seems to be the technique used in Minn Kota’s now discontinued “Maximizer” accessory (which was designed solely to extend battery life), and there are several on-line success stories using these devices - at least with Minn Kota motors.

As far as controlling motor speed via pixhawk or other micro-controller, I believe the most straightforward option is to replace the manual speed control potentiometer on the device referenced below with an electronically controlled pot, and to replace the forward/reverse/stop rocker switch with a relay. (Its still not clear to this arduPilot newbie if its preferred or even possible to source these control signals directly from pixhawk, or if a “campanion computer” is needed for this. Any guidance on that is welcome. Also, what type of signal (analog, digital, PWM) would be optimal for control of the potentiometer from the pixhawk perspective ?)

RE Steering: I am still considering skid steering of two fixed trolling motors, but 2 motors on the small pontoon frame I’m considering feels like over-kill on thrust, weight and power consumption. Does anyone have guidance on servo steering retrofits of trolling motors ? This simple direct gear drive retrofit may be the cleanest solution I’ve seen: https://www.youtube.com/watch?v=eWSS4PGpAqs

Tom - I think you’re right that two trolling motors would be overkill on that frame. The hull shape limits the speed of these small boats to where extra thrust isn’t necessarily better see here: https://inflatableboats4less.com/what-size-trolling-motor/
For something that small something like a 30lb trolling motor gives you the best efficiency - it’ll definitely move the boat and won’t kill your battery.

I wouldn’t rule out the T200s though, I’m planning on putting a couple on my canoe to enable hands free steering for fishing. https://youtu.be/uo0mFnJnffE this guy seems to have it figured out pretty well.

If you absolutely need the 5mph I believe you need a planing hull. Keep in mind the longer a boat is the more efficient/faster it can go but you lose maneuverability. You might look at something like a cheap kayak for your application.

Oh and check out minn kota powerdrive v2 - they use an electronic steering system that might be easily adapted.

Thanks for the tips James.

I decided on the Venture Outdoors 6’ long x 4’ wide 1-man rigid pontoon boat (attached) as my boat frame given its optimal size, layout and flexibility for my anticipated pond applications, and was able to find a lightly used one locally on craigslist.

I designed and ordered parts for modifying a minn kota 30lb thrust trolling motor with a pwm ESC (pwm control in / pwm power out) and with a servo-based steering mechanism using a timing belt drive between the servo and the motor shaft. I agree that skid steering with 2 trolling motors was overkill on both power and battery requirements, but I also think skid steering with 2 T200’s would be insufficient to power this frame, plus they are known to have issues in weedy water.

Will post more when I (hopefully) get these mods made and components integrated. 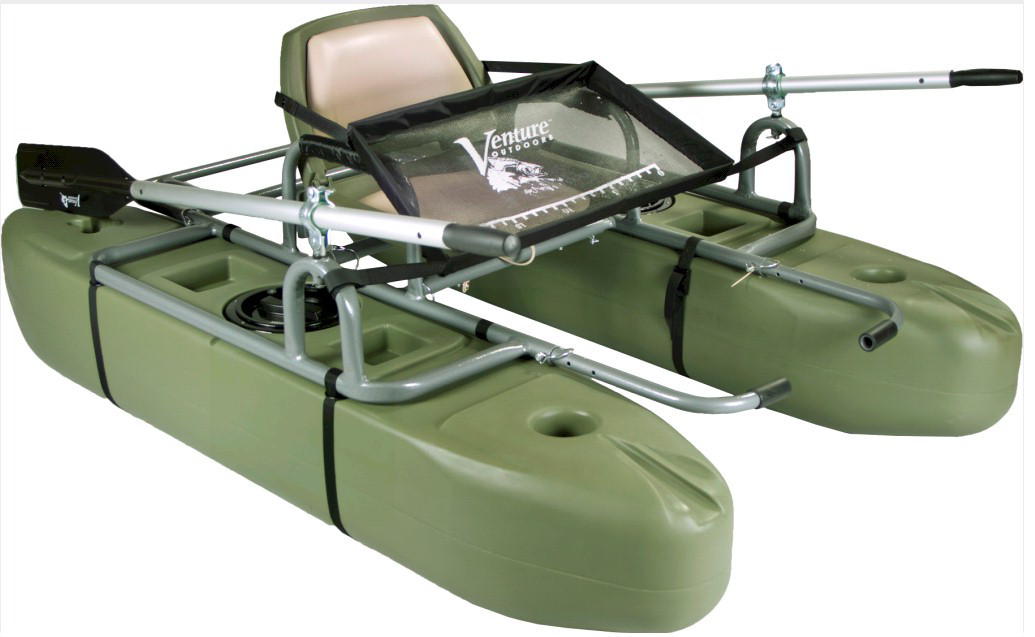