New Pilot: Can someone please help me understand my crash?

TLDR: Measured altitude jumped up 80m shortly after takeoff and the plane ended up crashing.

I recently crashed my flying wing, and noticed some issues with altitude from my DVR.

I am new to Ardupilot, and thought I had everything in order when I launched my flying wing into the air. What I hadn’t noticed was that my altitude had drifted to -16m just as I was about to launch. This certainly caused the plane to fly higher than the defined 50m takeoff altitude, but that’s not the terminal issue.

Shortly after the takeoff waypoint was completed, I received this message: “AHRS: EKF3 Active” and the altitude jumped from a slightly incorrect 54m to a wildly incorrect 131m in an instant. This caused the autopilot to immediately and rapidly descend. I took manual control at this point, but still ended up crashing. This same behavior had happened twice before, and I tried making different changes… but unfortunately the third time it happened the aircraft was destroyed. My foam airframe was totaled, but the electronics survived. I am going to rebuild the plane, but would like to understand what I had configured incorrectly before I launch the rebuilt plane.

Below I have attached a photo of the launch altitude, a video of the altitude anomaly after takeoff, and the log of this flight. I looked at the log myself, but being new to this was unable to understand what I had misconfigured.

Here is a picture of the incorrect altitude just before launch: 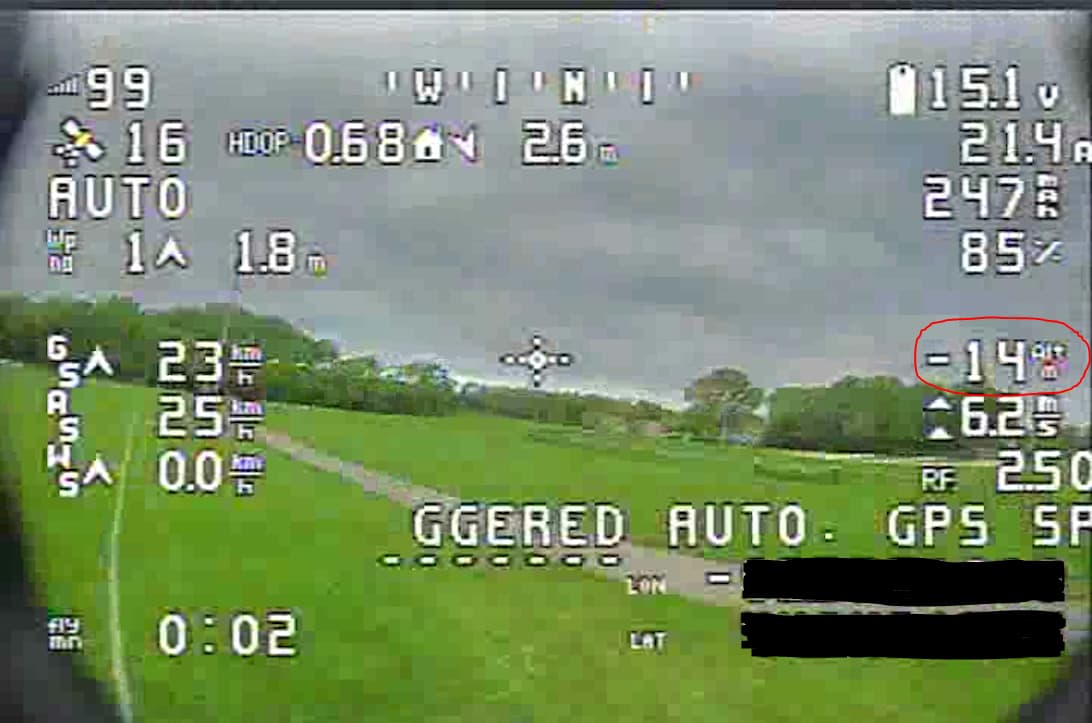 Here is a video of the EKF3 Active notice along with the sudden altitude change:
Video of Altitude Anomaly

Thank you for your help!
-MPRS

I think there is something wrong with your flight controllers barometric pressure sensor, its not reacting to altitude as it should, I would guess it’s either blocked or faulty, have you got the flight controller in an airtight container or is there any tape or debris blocking the sensor on the board?

I will take a look. I did place some kapton tape over some of the connectors and it’s possible some of that is lying over the barometer. Is there a good way to test that without flying? Would plugging in the FC at street-level, then going up to the top floor of my building tell me if it is working correctly after I remove the tape?

that should be enough to test if its registering altitude changes.

I will give that a try this evening, thank you!

Yep, a small bit of kapton tape had covered the barometer… whoops. Thank you so much for helping! The FC is now reporting correct altitude!