Ok… So here I go down the autonomous drone rabbit hole!

So I dabble lightly in rc (dji drone, micro helli, traxxis car/truck) and thought it a great idea to build an autonomous boat lol…

Oh boy this isn’t going to be easy or cheap… But I’m already invested in some hardware and a platform so I’m in till the end lol.

So ardupilot boat based on a bait boat something like this. 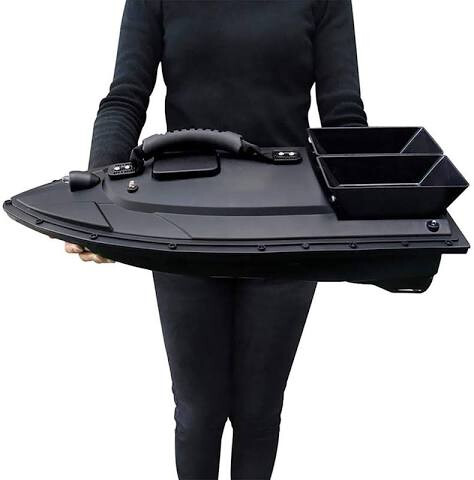 I have a frsky qx7 access with a r9m and I also have tbs crossfire… Pixhawk clone with 433mhz telemetry and m8n gps and 5.8Ghz fpv transmitter and receiver.

The goal is to do some fpv stuff, I have a cabin on a lake and thought that would be cool, and also do some autonomous stuff that might be out of range for telemetry ( back side of an island in front of my cabin or not in line of sight. Eventually add a Companion computer to do some photography/video on autonomous missions.

So as you can imagine I’ve spent a lot of time reading about how to do this… It’s been really hard lol… Telemetry and fpv, FC’s and tx’s, and complicated interfaces along with so many protocols that my head hurts! … It’s a ton of stuff but I’m starting to get it lmao…

#1 I’m going to have 4 different radios on my drone… 5.8Ghz, 433mhz, GPS, and my transmitter at 900mhz or something…
Am I setting myself up to have issues with interference? I’m just worried I’m going to have alot of antennas lol

#2 I’m going to have a ground station… A windows laptop. I know I can get telemetry to my frsky transmitter but can my transmitter pass that on to mission Planner? There isn’t alot of information and some reading that says maybe (old threads)

#3. I have 433mhz telemetry radios but I don’t think there going to be enough for the range I’d like (as far as I can get lol) I’ve searched… But can’t figure out…if I go with the rfd900x radio’s are they going to interfere with my rc transmitter?

#4. I understand the limitations of my fc… I’m going to get my feet wet with it and see where it goes but I fear it won’t be enough or too buggy… Maybe it’ll be fine… But if I need to upgrade what else is good? I know I can go with the cube but is there anything else someone can recommend? The cube is a little overkill isn’t it?

#2. yes I can but it isn’t working well… At least in the one thread I’ve been able to find:

Trying to connect crossfire to mission planner over wifi . After painful episode getting crossfire wifi to work ( because bluetooth does not ) Im at the point of connecting to mission planner . There is absolutely zero out there on how to do this that I can find . ardupilot wiki gives a single simplistic answer concerning connection over com port I try to connect using UDP . It asks for ip’s and something to do with a port number no clue at all what this means .

I’m not a rover guy, but I’ll take a shot at some these

1- It’s pretty normal to have GPS, 5.8GHz video, 2.4GHz RC, and 900MHz telemetry all on one machine. They will play together as long as you space things out. If it can be done on a small quad then on a boat shouldn’t be too hard. 1.3GHz video is known to cause issues with GPS and 900MHz telemetry but even that can be dealt with.

2&3 - The RFD900X can do both your telemetry and RC. It’s not the most straight forward setup but once you’ve got it going it’s good (at least in the air, ground may be different). Otherwise you can just use the RFD900X for telemetry and leave the frsky radio for RC. The frsky should be 2.4GHz so no issue with the RFD900. There are plenty of choices for how to set this up, so it may come to a matter of what you feel comfortable with, and how much your budget (time and money) can afford. Crossfire is capable of sending Mavlink telemetry data, but it’s not great. The 433mhz telemetry radios sold with many pixhawk clones are low power (100mw), and of questionable quality. They might work great, they might not. Don’t put a lot of fight into those. Might be good to get you started, especially if you have them already, but be ready to pitch them into the rubbish.

Hey thanks for the reply! I appreciate your input

I’ve just ordered everything so I don’t have anything to learn on yet lol. I assume alot of it will become clearer once I get my hands on it…

It’s up to you. If you’re planning to run missions with it, especially if you can’t see it, then you’ll probably find yourself wanting the telemetry. Or you could even go the other way and just use the laptop and not even use the RC if you don’t want.

Good point… The map overlay would be super important… 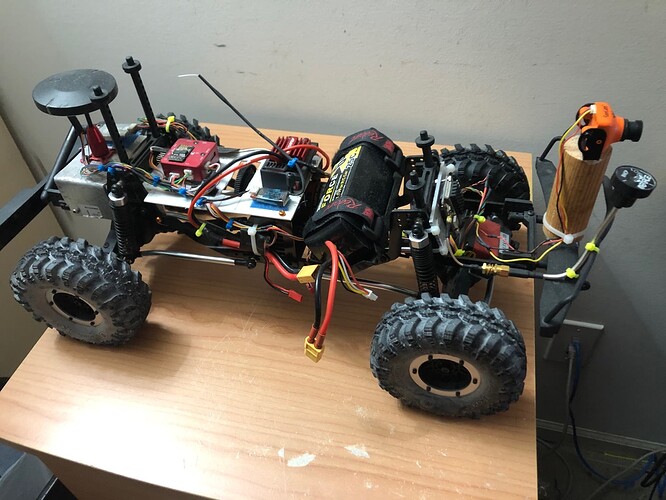 But why have wifi and 915 telemetry?

But why have wifi and 915 telemetry?

No good reason. The Wifi radio was on there from the beginning as it just plugs in to the PixRacer and it’s good for configuration and calibration. And it works on IOS with QGC. Then for longer range I added the Sik telemetry radio (have a bunch). Now I pretty much just use telemetry on my Transmitter (Yaapu) as I don’t have OSD with this setup. IOW it just kind of was built like Frankenstein over time

it works on IOS with QGC.

I was really taken off guard when I got over 100m of range with mine. I wasn’t expecting half that.

I was really taken off guard when I got over 100m of range with mine. I wasn’t expecting half that.

Yes, I did a range check with a tablet and direct line of sight it can be over that. But I would call these a “long USB cable” rather than a telemetry radio

Can anyone please recommend a telemetry radio that can exceed my r9m or crossfire?

Grrr… Thinking I’ll just have to bite the bullet and and get the RFD900… But dam there expensive!

Crossfire in the right conditions will do 40+Km. How far do you want to go? RFD900 will that as well, but with better telemetry.

If you have the 433 radios, use them first. Get the bugs worked out and see what you want to do. Then spend the money on what’s going to work best for you.

Going to get this up and running first.

As far as I can! Hahaha…

My cabin is on a local lake and my sundeck is high off the water… As you can see I have a huge area I could explore lol. 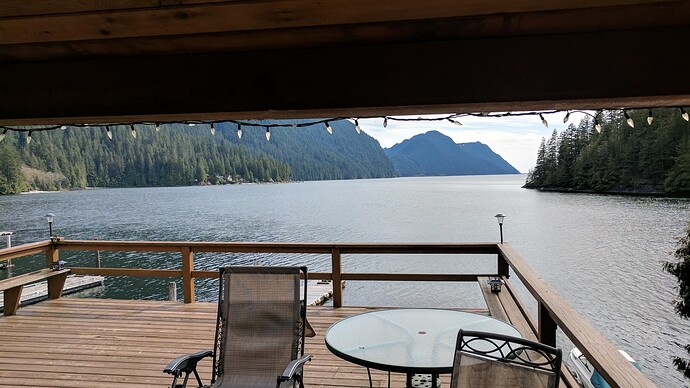 Nice! I would just use Crossfire. My next build is switching to that from Frsky R9 and all will transition eventually. It served me well but I’m done being annoyed with Frsky.

My other option is 2.4ghz frsky… limited rc range… And add some rdf900x radios and do control through mission Planner… Which isn’t a bad idea as it’s a boat and not that fast lol… I’m just starting to think that the map overlay would be super important when I’m out of site and vtx range.

Anyone have any opinion on crossfire and rfd900 on the same vehicle?

Still would appreciate some feedback on going with rfd900 and 2.4ghz rc control…

Also wondering how to go about having one stick control the boat (skid steering) … I would like to control my gimbal with the other… I’ve read and read… But no clear answer. My options I think are changing the skid steering params to channel 1 and 2 in arduPilot… Or keep it at 1 and 3 and mix it on my controller… Not really sure what to do and honestly I’m a bit confused lol

So I understand that I need a zener diode if I power the servo rail… Clone pixhawk 2.4.8.

If I want to power a set of servos do I run the signal and ground to the rail and then take the power wire from the esc and use that to power my other servos?