My drone is possessed I think

When you do altihold autotune its normal this would happen as there is no gps lock. If no you can do poshold autotune. It will position itself in a 10m radius.

Thank you. Is there a way to reduce that distance of 10m? Would it even be a good idea?

This is where I normally fly 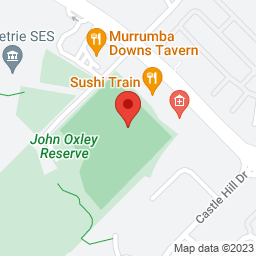 It should be fine. Anyway if it goes anywhere dangerous you can just move it back using your controller.

If you spend any time at all around here, it’s hard to have missed the series of questions asked by the Taskman. Here’s my $.02: you should start small. Build a 4 motor quadcopter on a 250-450mm frame. Include minimal sensors and use a cheap flight controller (Matek? Kakute?). Get familiar with the inner workings of a copter and this software before you hurt someone, something, or your wallet trying to build something big.

You are right. It seems much more dangerous than I first thought when I first bought the electronics many years ago.

Where it actually started was that I wanted to show our 3D Printers could print a drone and fly it off the build plate, electronics inserted while printing.

During covid I had to pivot and started to move into filming and I lost the chance of applying for a bunch of jobs worth thousands of $ because I didn’t have a drone. So I decided to get going with the electronics and build something to make money with but the way it is going now I will end up in jail before the end of the year.

This is also why I am considering getting the license now to fly 7kg drones.

Trying to stay below 2kg has meant I had to go with thinner legs, thinner body, probably lower quality motors because of weight, no sensors or protection. Having the ability to go to 7kg will mean something built stronger and probably also safer against a gust of wind since I am close to the ocean and I have constantly 30km/h gusts here.

Follow this thread in detail. It should really help.

Topic: Users struggle to configure and tune copter builds, especially small copters. This proposal is the first of a series to construct and tune a fairly typical copter of a certain class. Where possible/logical partner technology will be used without compromising the quality of the build. This proposal is to independently build and tune two 7" Long Range copters. Long Range copters play to ArduPilot strengths (autonomous missions, long range, high quality FPV/video) but also prove quite diff…

Thank you I will have a look now

Seems he knows his stuff. Going through the parameters like he does that every day of his life.

Going through the parameters like he does that every day of his life.

LOL. He is an Ardupilot Developer…

Don’t take it personally but reddit is probably the worst place to look for ArduPilot support, it is full of urban legends and snake oil recipes… stick with the wiki and read and read again

Taskman, here are some facts:
Ardupilot is open source, we are lucky to have code to even play with.
Ardupilot is not easy for a beginner (drones, electronics, programming).
Ardupilot is free, documentation is a gift from devs and users, not a due.

Often newcomers have a big opinion on how stuff should be done based on their short experience. Usually, they slowly understand why things are the way they are if they have the motivation to keep on learning.

Parents tell their kids “you will understand when you grow up”. I hate this sentence because it’s true and there is no alternative.

When you ask for help then propose modifications, just remember you are the kid in the story. Don’t get me wrong, kids ask the best questions, but lack the maturity and experience to decide what is best for them.

This should resonate with you since you seem very curious.

I don’t think people asking or suggesting different words to be used in certain instances to make clear what is being instructed is unreasonable.
Me personally, my language is English. In this open source space , if I’m not mistaken some of the instructions are retranslated into English from some other language that to an English speaking person makes no sense. There are quite a few people from different countries working on code and different aspects of this firmware, so it’s natural that words used in German or French to describe one thing, when translated to English don’t register to an English speaking person. For example, the word WEIGHT is not used to describe movement in controls. ATV or DR was the norm used in JR, Futaba, Airtronics , Hitec , Kraft and other manufacturers.
I understand if you understand the coding language all this stuff makes perfect sense to you or if you just got in the hobby because of drones it’s baffling why some folks don’t get it . It’s because for the most part the instructions for this stuff sucks for an English speaking person. Quite often the words don’t make sense especially if you have been in the hobby long before drones.

Last year I built my first drone, went through every page of ardupilot many times, watched all the youtube tutorials etc.

No matter what i did, the drone would fly fine for a while, then just out of the blue take off on its own. I posted on the forums a bunch of times, had people analyse the flight data, they suggested all sorts of things, but no one ever really could work out the random flyaway problem. (and sometimes it would work perfectly fine).

Eventually i just had to retire the drone, the only thing i can think that was faulty was the flight management unit hardware, because every other aspect had been explored.

But really, we all know it was the drone poltergeist. Tbh that explains it so much better than any other theory any one had.

You see I knew it

It is either that or there are massive hidden magnets in trees that we can’t see that are placed here by the aliens.

One of those must be the reason. Can’t be because I suck

HAHHAHAHA yeapppppp. The secret magnetic poltergeist comes out to mess with us daily!

Have to agree with the smaller drone size to begin with.
Been building & flying drones for 10 years now and despite all that with almost every new version (Arducopter) I have to learn more to get the most out of it.
Also have been playing around last year with a 3D printed frame and managed to build a large quad. …bad experience. Barely got it to fly at all and soon after ditched that little project in favour of a drone frame kit.
The simple fact is smaller size drones are easier in regards to achieving strength of materials used, stiffness in order to reduce vibration or indeed intended limited flexibility in order to absorb vibrations. On top of that there are lots of cheap motors and ESC’s to play around with. Also the batteries are easy to come by.
Once you get into larger drones like I have been involved with everything changes. So a good understanding of the basics is crucial for safety, financial reasons and of course a satisfying outcome and a long lasting drone-build.

What do you consider as large? Anything that uses larger than 10’’ props? I guess Props isn’t the only factor, it would be the cross section. Is 2kg considered large?

If I want to carry a gimbal and gopro, what would the weight be of the drone if you had to design and build it? Would that be seen as a large drone?

I guess that in itself could start some arguments. Some may consider a 60cm drone as large whilst others would see something over 1m as large.
As far as I am concerned everything less than 50cm is on the small side and once below 15cm I consider as tiny and really look at it then as an indoor thing. ( I can hear all those using small racing drones already screaming at the screen…)
But hey, that is how I see it.
…and then of course there is the law: Would appear you are like me in Australia. So here the law becomes much more “interesting” once you pass the 2kg limit.
So this also a reason why I would recommend a smaller drone to start with as all the legal requirements would cost you a significant amount of money for a full commercial licence.

Camera work is in fact what I started with just as an initial goal. I did use an octocopter with automatically adjusted camera gimbal. The idea was to have additional safety by having more motors than actually required and also having very steady smooth movements which at that time was a challenge with quads.
But these days both the controllers and the software has improved so much that you can use in fact a quad for camera work. Which is sufficient what you want to achieve at this stage. Once you move into larger and more expensive cameras than you may want to consider something like a hexacopter in order to have more redundancy available. By that time I’m sure you would have also gained a lot of experience and a better idea what exactly is most suitable to your needs.

So in direct reply to your question I would get a small frame kit, perhaps even with motor and esc’s. In that way hopefully the basics been calculated by the engineers of the manufacturer. Fly the thing a number of times (after initial tuning) and then play around with some of the settings. _ But don’t go overboard with it.
It won’t take long and you know what you like and dislike and make a better decision from there. With a bit of luck you get a frame which can have a gimbal added to it at a later stage.

I know nothing so this might be stupid to say but the law seems to make drones more dangerous. Limiting to 2kg means I am limited on sensors, parachute, redundancy.

I would think something heavier could be less dangerous with all the sensors and redundancy and more stable in winds, especially since all our big cities are next to the ocean

No.
The smaller the drone the less weight it usually has the less damage it causes if it drops out of the sky.
Many of us who have / had smaller drones managed to patch up drone easily after a crash without to much damage done. Not the same with larger / heavier ones. That’s why you would want to consider a parachute for both saving the drone and any damage it would cause on impact.
I guess that’s also one of the reasons why CASA has introduced the weight / licence related requirements. Back ten years ago they didn’t even consider multi-rotors. The legal side was mainly aimed at large, commercial or military style drones. Since then multiple changes have been made.

Don’t be fooled by the power some smaller drones can produce. Yes, certainly wouldn’t want to be flying a small $40.- ready made children’s drone outdoors in windy conditions, but look at the speed some small racing drones get up to. If they can achieve such speeds than a 20km/h wind is not causing much of a problem. Would I want to do camera work with that ? - No, certainly not. One thing standing your “ground” against some wind, but a different story doing that in “elegant fashion” without creating jerky sudden movements.