why are drone navigation lights green/red front/rear as opposed to the standard Port/Starboard (Red on the Left; Green on the right)? 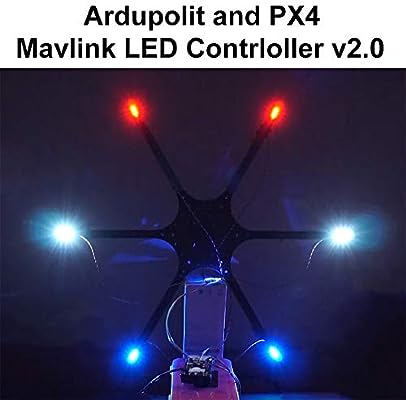 and the recent drone used to transport the organ was like this, too:

Powered by Ardupilot: First-ever drone delivery of an organ for transplant Blog

Is there just no standard yet? Any reason not to adopt the classic Port/Starboard convention?

What navigation lights are you running? your own home brew? an off the shelf product?

Yea - i dont get it. While it is easy enough to wire up a 12v or 5v BEC and run some lights, it is very surprising that there isnt any pre-packaged navigation light products that follow the standard.

I suspect the issue is standards…there are none for DIY drones. Not that I am suggesting they be created, heaven knows we don’t need the government in our shorts. But I think thats the crux of the problem. The people just follow the crowd.

Personally, I don’t think it was originally intended as navigation lights but more like a car, i.e. red tail lights and the green to designate the front to orient you for forward motion. No one foresaw the move towards civil aviation integration until quite later.

The other aspect is the unit of measurement. If one needs to know how to read aeronautical charts, then altitude should be in feet not meters, speed in MPH or knots not m/s and distances in nautical miles and not meters.

I, too, hate the thought of more government intervention but we’ve allowed the media control the narrative and influence politicians. I’m afraid more government encroachment is inevitable now and there’s no turning back.

haha hey @rollys hope all is well with you.
I couldn’t agree more.
I figure it’s inevitable the government will have more control as you suggest so I will put lights on that match the aircraft format, but registration numbers like our government insists on and sadly register my drone and I shudder to say this…keep a log book…yes you read it right…Keep a log book.

Yeah… there’s the genius of government officials regulating based on conjecture conjured up by the media, the possibilities are endless!

When the FAA is now controlling the airspace, that by their own terminology and definition is Uncontrolled Airspace… Genius!!!

At the first look it makes sense to have lights like a proper aircraft navigation lights… However, if you consider that there are many crafts with “headless” or “simple” and “super-simple” modes, how would you designate which side is which?

Most drones I think have a front. While I agree there are headless drone. I think most have a front.
but in the end its down to the builder and what they want to do. At least till the government steps in. That reminds me need to buy a maintenance log book…June 1st has come and gone…sigh.