Twice per lap AZtoMAV/ELtoMAV go to zero and back to normal, moreless in front and near tracker location: 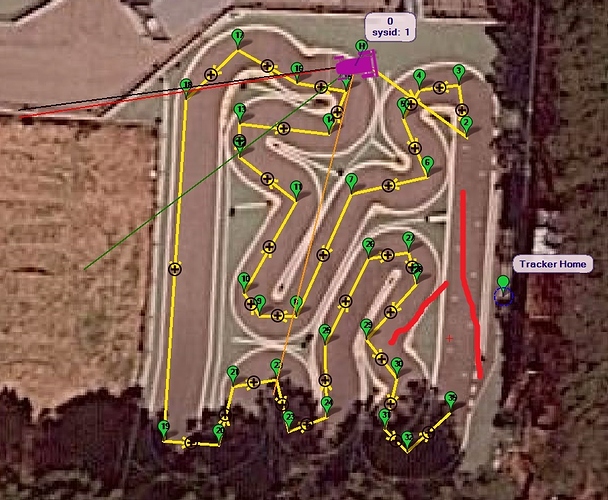 When that happens, the camera starts to be moved away, and the Pololu servo measurements show arrows and dots separated (thanks to the speed/acceleration servo limitations), that try to converge: 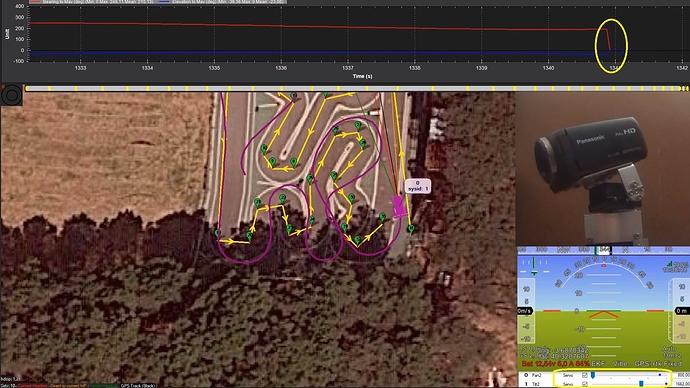 BTW1, on above simulations MissionPlanner.MainV2.comPort.MAV.cs.TrackerLocation.Alt is set with a script (4m above rover). I yet don’t see how to modify it on MP.

BTW2, it would be desirable to have servo outputs right after GPS lock.

there is a deadzone if you are within i think it was 5m of the base.

this was to prevent extreme movement of the tracker.

deadzone if you are within i think it was 5

Thanks for the attention. Certainly, given the circuit dimensions, it happens 5m from tracker location (I supposed measured on the base).

But if in return 0 that is interpreted as an angle there is certainly going to be a sudden camera movement from previous angles to 0, as can be seen in above videos (entering <5 and exiting
<5). The camera by itself often shows “Panning too fast” message.