This is a 4K video of three quads flying simultaneously the same GPS mission, including MP tlog captures:

This is the mission: 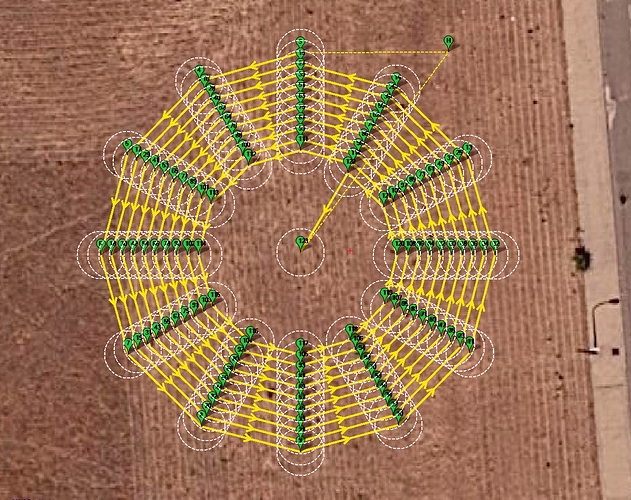 Communication laptop-drones is through three pairs of 3DR radios. The laptop executes three instances of MP, so that the communications are stablished simultaneously. Each dron has a different SYSID_THISMAV.

However, right clicking on the upper part of MP window appears “Connection List”, asking for a file, but it is a mystery to me how this option is used. This has been asked before:
Connection List Problem

The three speeches at the tlog captures and on the video are nice, but it is difficult to distinguish to which dron each voice refers. Since the voice is standard, this could be improved choosing a different voice for each of the connections, perhaps incorporating this selection in the mysterious “Connection List” file. Also, adjusting the speech speed would be nice.

When using more than one 3DR radio pair, communication errors appear, which use to last 20 to 30 seconds. This can be heard on the speeches, a red X appears on the hud, and the purple trace on the MP tlog capture joins points with straights.

This is a pair of the three pairs of 3DR radios used: I change ID and min/max frecuencies on each pair, but still there are communication failures. The 3DR antennas are maintained vertical (parallel). Can all this be improved? 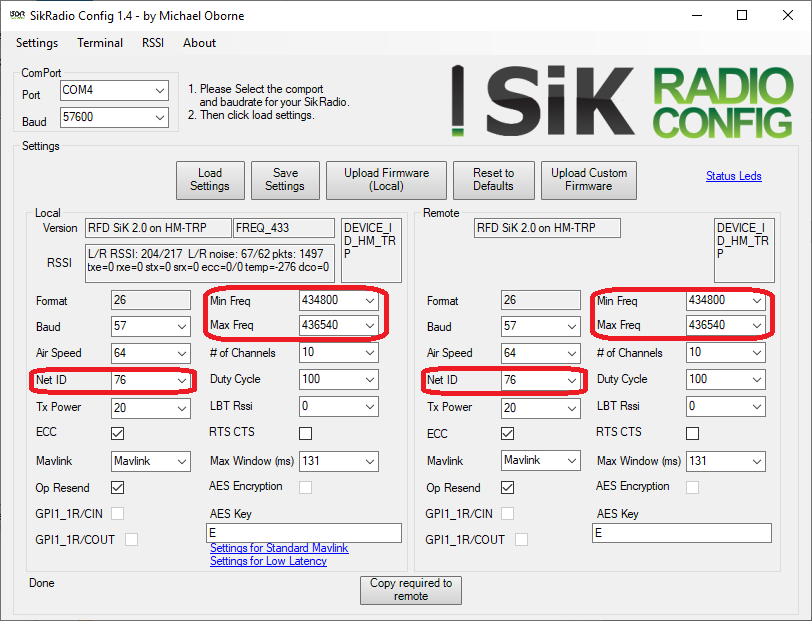 Would ESP8266 wifi telemetry give better results than 3DR radios?

This is a similar 4K video with a rover and two drones:

I wonder why there appears the SYSID_THISMAV on the rover tlog capture following it, which is nice, but not for the drones. Is this configurable?

Thanks for any help or aditional suggestions.

Not exactly an overwhelming response here…

About the “Connection list”, this appears on MP ChangeLog.txt:

So this options exists long ago, but I can’t find its documentation or an example. Not being familiar with the code it is impossible to guess how from sources MainV2.xxx. Trying a file with
serial:COM4
or
connect (serial:COM4)
does nothing.

There is the possibility of connecting the three COM ports one after another in a single instance of MP, or using AUTO connection, as in this capture:


The three .tlog files are generated.

However, this is slower than three instances of MP and connect simultaneously.

here is the code that looks for the format

so in your case you need to use

as 2 examples of serial

you can use also

Thanks for the answer, that makes sense (I should have thought in defining the baudrate in above trials), but for whatever the reason, I can’t make it work.

Trying several connections, this is the one with the three 3DR’s connected to USB ports on a docking station: 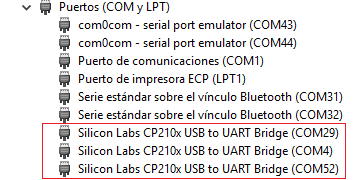 I get three times this error (“Details…”):

which should translate to:
“Operation not valid given the actual object state”

This is what happens:

In this situation, AUTO connection succeeds, similar to video in above post.

Trying without drones (green leds on 3DR’s flashing) happens exactly the same. Trying AUTO, it thinks for a long time, and then, as should:

Refering to the simultaneous voices problem in this case (three simultaneous voices not knowing to which drone of the three they refer), it is clear that different voices for each drone in the connection list file would be nice but would require too much work. An alternative is indicate SYSID_THISMAV on the speech messages, such as adding something like
input = input.Replace("{sysid}", MAV.sysid.ToString(“0”));
on common.cs (note that I have no idea on this coding, but the intention should be clear).

Connecting the three drones to the laptop with three USB cables (SERIAL0 on drones, no 3DR radios) and connecting with a “Connection list” file the same happens:

These are two 4K videos with a single instance of MP and AUTO connection (capturing the MP window with the three drones (down right on the tlog part)):


(capture started lately)
(for some reason QuadX-7 tlog file was not generated, so it appears still).

The three speeches are queued in the single MP instance, and are heavily delayed, as seen in the video portion. Also, you don’t know the drone to which the speech refers, so something like {sysid} on the speech would help, as described above, and on the window with the three drones inserting the SYSID_THISMAV parameter, as is done with the rover (see above).

Also there appears a single hud (even being present three drones), which seems the one selected at the right, clicking on one of the communication ports. Can there appear the three huds at the time, also detachable? 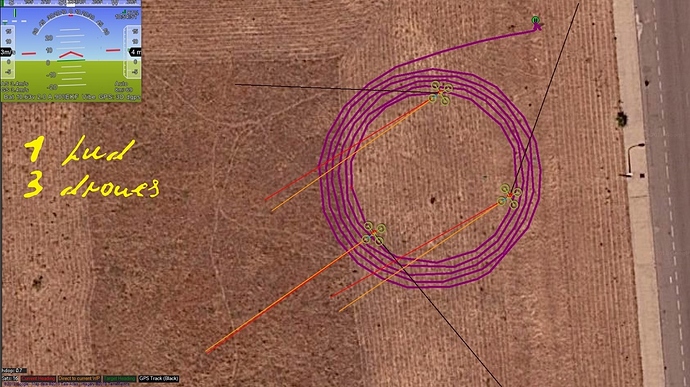 3drones1hud.jpg1078×606 245 KB
About MP speech, in Mission Planner Ground Control Station – Tips for using the Flight Data screen appears:
You can change the voice used in the speech synthesis in the Ease of Access center in Windows Control Panel. Go to the “Text to Speech” options.

I could never make this work (for example, a male voice can be selected there, and still there is a female voice on MP). How can I use this to for a faster MP speech?

I have also observed that inserting {batv} in the speech messages, its value is sometimes interpreted as a date. See MP {batv} speech entry as date.

under windows 10 search to “Speech” and the voice settings.

the option may depends on the OS you are using

It worked, so there may be a problem with serial connections on a connection list file.